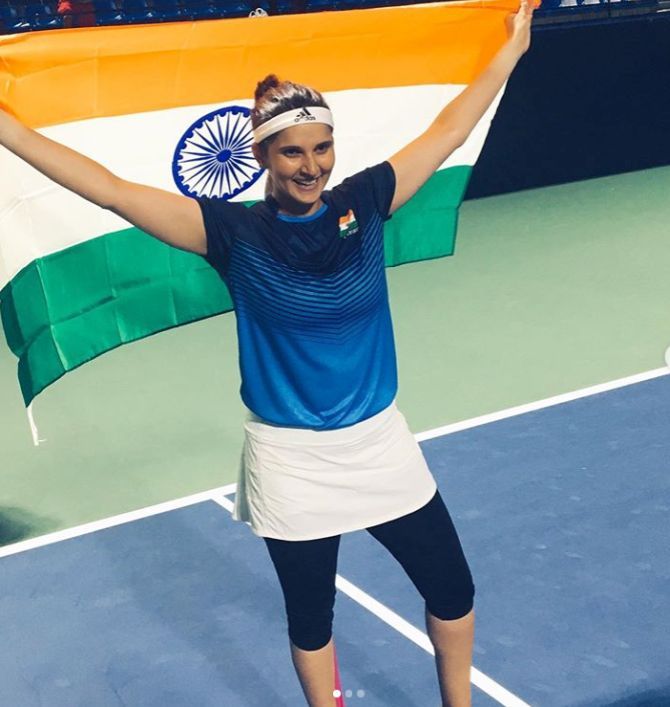 IMAGE: Sania Mirza made a comeback to Fed Cup earlier this year, after four years, and helped India qualify for the play-offs for the first time in history. Photograph: Kind courtesy, Sania Mirza/Twitter

Tennis ace Sania Mirza on Monday became the first Indian to win the Fed Cup Heart Award for her successful return to the court post motherhood.

Sania won the award for Asia/Oceania zone after securing a whopping 10,000 plus votes out of the total 16,985 cast for this year's three regional Group I nominees.

The Fed Cup Heart Award winners were determined via online voting by fans, which went on for a week starting from May 1.

Sania's vote share of over 60 per cent of the total votes is a testimony to the global popularity of the Indian star at the Fed Cup competition.

"It's an honour to win the Fed Cup Heart Award as the first Indian. I dedicate this award to the entire country and to all my fans and thank everyone for voting for me. I hope to bring more laurels to the country in the future," she said in a statement issued by the All India Tennis Association (AITA).

Sania made a comeback to Fed Cup after four years and helped India qualify for the play-offs for the first time in history.

After giving birth to her son, Izhaan in October 2018, Sania returned to the court in January this year and instantly achieved success by clinching the women's doubles title at Hobart International alongside Nadiia Kichenok.

The winners from each category received US$2000 as prize money.

"I want to donate the money that I get from this award to the Telangana Chief Minister's Relief Fund as the world is going through very difficult times with the virus," said the 33-year-old Sania.

The Fed Cup Heart Award is an International Tennis Federation (ITF) initiative that was established in 2009 to recognise those Fed Cup players who represent their countries with distinction, show exceptional courage on court and demonstrate outstanding commitment to the ideals of the competition. 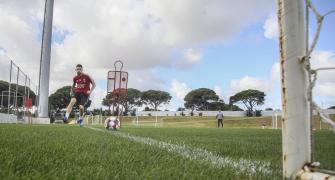 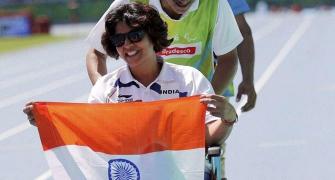 I've retired from active sports, but not today: Malik 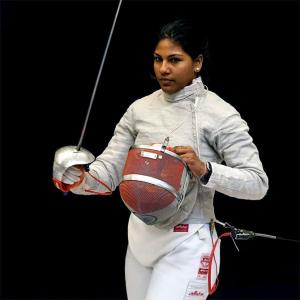