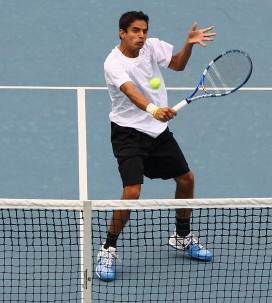 Sanam Singh and Vijayant Mailk raised hopes of an all-Indian final at the US $15,000 ITF men's singles Futures tournament in Toronto, Canada, after winning their respective quarter-finals.

In the semi-finals, Malik will meet top seed Peter Polansky while Sanam will take on fifth seed Michael Shabaz of the United States.

In the Sharm-al-Sheikh event in Egypt, Arjun Kadhe lost 5-7, 4-6 to Colombian wild card and eighth seed C Rodrigues in the second round, leaving N Sriram Balaji as the only Indian in the draw.

In doubles, though, Kadhe had some success as he reached the semi-finals with Spanish partner Pol Toledo Bague.

They beat the Indo-Morocco combo of Sasi Kumar Mukund and Mohamed Adnaoui 6-2, 6-2.

Up next for them are local fourth seeds Karim Hossam and K Maamoun.

They will meet the Syrian pair of Marc Abdelnour and Issam Haitham Taweel. 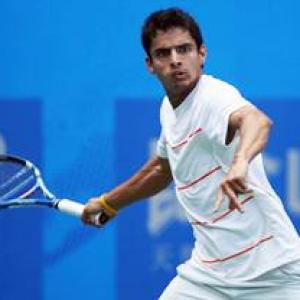