This is one union that has taken most of India by surprise!

India’s badminton stars Saina Nehwal and Purapalli Kashyap are ready to walk down the aisle, according to media reports. 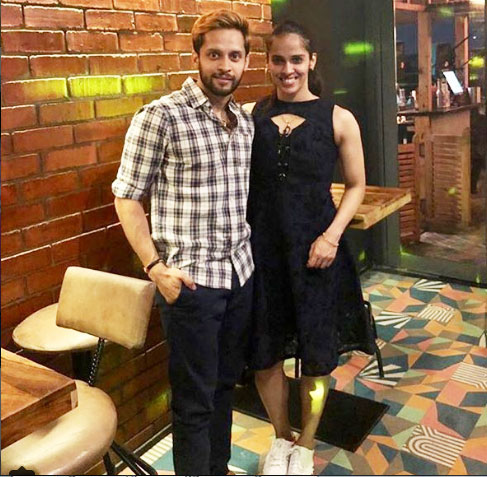 Purapalli Kashyap and Saina Nehwal have been in a relationship for nearly a decade. Photograph: Kind courtesy, Saina Nehwal/Twitter

The two, who have been in a relationship for a decade, are due to tie the knot on December 16, the Times of India reported.

After winning the gold at the Commonwealth Games in Gold Coast earlier this year, Saina took to Twitter to thank Kashyap, among others, for his inputs and motivation.

Saina has won 20 major titles, including an Olympic bronze and a silver at the World Championships.

32-year-old Kashyap was ranked as high as World No. 6 in 2015 before riddled by injuries that saw him stumble in the men's circuit.

Saina is currently playing in the Korean Open in Seoul where she is seeded fifth.