Olympic bronze medal winning shuttler Saina Nehwal has been handed a relatively easy draw in the women's singles section at the upcoming World Badminton Championships, scheduled to be held in Guangzhou from August 5 to 11.

World No. 3 Saina has got a bye in the first round and is not likely to be troubled before the quarterfinals where she could face World No. 10 Minatsu Mitani of Japan.

In all likely Saina would cross the quarterfinal hurdle and her first real test could be against World No.1 Chinese Li Xuerui in the semi-finals.

However, it might not turn out to be an easy outing for India's rising shuttler P V Sindhu as the world no. 12 could face a stiff challenge as early as in the third round.

Sindhu has got a bye in the first round and in all probability, she would be able to get past her opponent in the second round as well, but it could be tough task for the 10th seeded Indian in the third round where she is most likely to meet World No. 2 Wang Yihan of China.

Meanwhile in the men's singles, world No 13 Parupally Kashyap has been grouped with World No. 6 Hu Yun of Hong Kong and the Hyderabadi is likely to take on him in the third round. 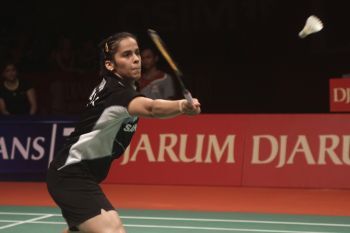 If he manages to beat Hu Yun, he is expected to be up against China's Du Pengyu, ranked third in the world.

Ajay Jayaram has been placed in the second half of the draw and in the very first round, the unseeded Indian will face world no. 12 Wong Wing Ki of Hong Kong.

In the men's doubles, Tarun Kona and Arun Vishnu will take on Polish duo of Adam Cwalina and Przemyslaw Wacha, while another Indian pair of Akshay Dewalkar and Pranaav Jerry Chopra will face German combo of Josche Zurwonne and Peter Kaesbauer.

In women's doubles, Ashwini Ponnappa and Pradnya Gadre will meet Marie Roepke and Line Damkjaer Kruse of Denmark, while N Siki Reddy and Aparna Balan will be up against English pair of Gabrielle White and Lauren Smith.

India will be represented by the combination of Aparna Balan and Arun Vishnu, and the pair of Ashwini Ponnappa and Tarun Kona in the mixed doubles category. 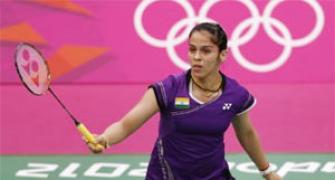 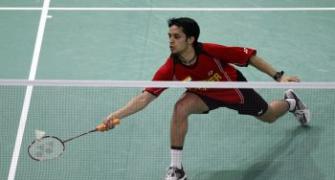 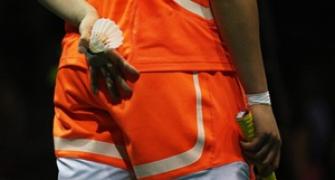 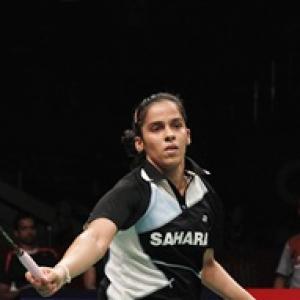 Saina in quarters at Singapore; Praneeth goes down fighting 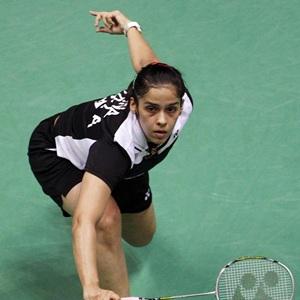