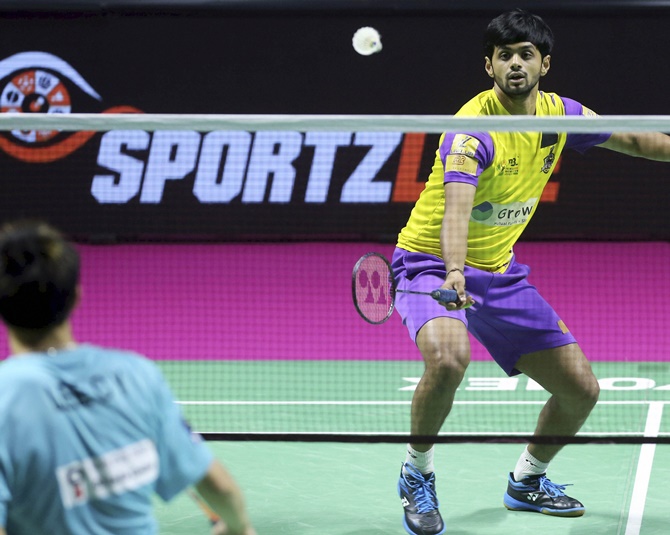 Bengaluru Raptors on Sunday became the first team to successfully defend their title as they defeated North Eastern Warriors 4-2 in the summit clash of the Premier Badminton League in Hyderabad.

World Championships bronze medallist B Sai Praneeth and world No. 2 Tai Tzu Ying led the Bengaluru Raptors from the front before the mixed doubles pair of Chan Peng Soon and Eom Hye Won sealed the win over the North Eastern Warriors, who were in the final for the first time.

With the two teams locked 2-2 in the overall tie after the first the three matches, it was left to their respective mixed doubles pairs to push them ahead.

Soon and Won showed nerves of steel to win the tight first game. In a topsy-turvy second game, the Warriors' pair led 6-4 before facing a match point which they saved to take the match into the decider.

The Raptors' pair regained control in the deciding game to race ahead 8-2. They held off a late surge from the blue brigade, who came within one point of the Raptors at 11-12 and went on to grab the win.

Having lost to the 2020 Indonesia Masters semi-finalist in their solitary league face-off this season, Sai Praneeth needed to find his best form against the world No. 18 Lee Cheuk Yiu.

The world No. 11, who was upset by the 73rd ranked Kazumasa Sakai of the Pune 7 Aces in the semi-finals on Saturday, began on the backfoot as the two were involved in a highly competitive opening game that tested the grit and resolve of both.

Lee edged Sai Praneeth 15-14 but that woke up the former Singapore Open winner.

Sai Praneeth, who has fond memories of winning the PBL title last year with the Raptors, found his aggression just in time to turn around the match.

By injecting more pace and power into his shots, the Bengaluru shuttler grabbed the second game 15-9 and kept the momentum going to take a mind-blowing 11-1 lead in the decider.

With Lee peppering the court with unforced errors, it did not take Sai Praneeth much time to finish the comeback with a 14-15, 15-9, 15-3 victory.

With a 7-2 head-to-head record over the world No. 10 Michelle Li on the BWF World Tour, world No. 2 Tai Tzu came prepared to tackle the Warriors shuttler withher deception and finesse.

Li kept struggling to read her opponent's game in the opening contest as the Chinese Taipei ace surged to a 15-9 lead.

The second game turned out to be way more competitive with the aggressive Canadian using her brilliant footwork to put her formidable opponent out of position.

From a 1-4 deficit, Li stormed back to level matters at 7-7 and even wrested the lead to go up 9-8 with the Raptors ace fumbling at the net.

But the resilient Tai Tzu soon found her way back by relentlessly targeting the lines before completing a 15-9, 15-12 win. 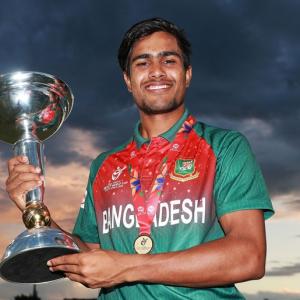