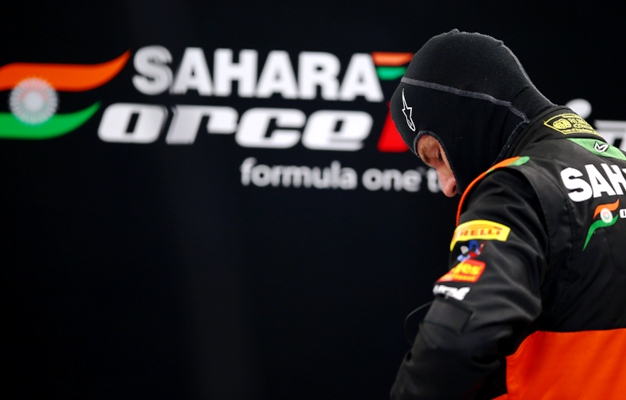 The Sahara Group has sought Supreme Court's permission to sell its shares in the Force India Formula 1 team as part of its effort to raise funds for the release of conglomerate's jailed chief Subrata Roy.

The Group currently owns 42.5 percent of shares in the team and the same amount of shares are with troubled businessman Vijay Mallya.

The remaining 15 percent is with the Mol family of the Netherlands.

The Group on Tuesday came up with a fresh proposal to secure the release of Roy, who has been in jail since March, 2014.

"As of now, we have sought Supreme Court's permission to sell our various assets and that includes our shares in the Formula 1 team. If we get the Court's permission at the next hearing on March 29, we will decide the amount of shares we will sell or mortgage. Depending on how much we raise from other assets, we will decide the percentage of Force India shares we want to sell," a legal source in Sahara, told PTI.

Force India have been doing a fine job on the track despite the financial troubles of its co-owners Roy and Mallya. The Silverstone squad recorded its best ever result in 2015, finishing fifth in the standings besides scoring a third ever podium in Sochi.

In June 2015, the Supreme Court had asked the Sahara Group to arrange Rs 5000 crore in cash and an equal amount in bank guarantee for the release of its chief.