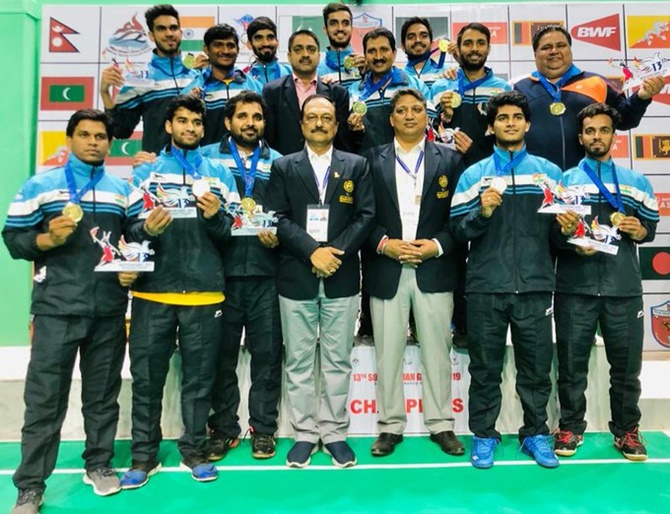 IMAGE: The Indian men’s badminton team pose with their medals after beating Sri Lanka in the team final at the South Asian Games in Pokhara, Nepal, on Monday. Photograph: BAI/Twitter

India’s men's and women's badminton teams, as expected, won gold medals after beating Sri Lanka in their respective finals at the 13th South Asian Games, in Pokhara, Nepal, on Monday.

The men's team, led by Kidambi Srikanth, defeated Sri Lanka 3-1 in the finals, while the women's side blanked the same opponents 3-0 to make it a double bonanza for India.

Srikanth started the proceedings for the defending champions and was made to sweat by Dinuka Karunaratne before winning 17-21, 21-15, 21-11.

Siril Verma then gave India a 2-0 lead after his opponent Sachin Dias retired with the scoreline reading 21-17, 11-5 in the Indian's favour.

Up against the same opponents, the women's team also blanked Pakistan 3-0 in the semi-finals.

In the women's final, Ashmita Chaliha, Aakarshi Kashyap and Gayatri Gopichand scored victories in the three singles to give India a 3-0 win against Sri Lanka.

Up against the same opponents, the India women's team also blanked Pakistan 3-0 in the semi-finals to enter the summit clash against Sri Lanka.

The individual events begin on Tuesday. 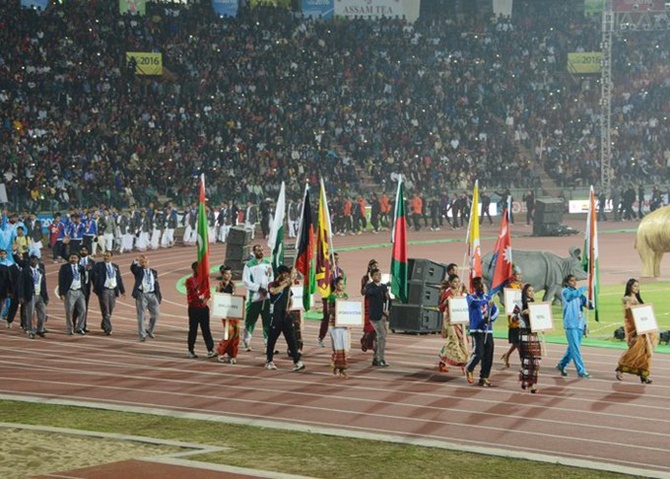 IMAGE: The athletes' march past at the Opening ceremony of the South Asian Games. Photograph: SAG 2019/Twitter

India opened its medal account in the 13th South Asian Games with one gold, two silver and a bronze in the triathlon event on Monday, the opening day of competition.

Thoudam Sorojini Devi and Mohan Pragnya added a silver and bronze in the women's individual event.

The individual triathlon event consists of three continuous legs of 750 metres swim, 20km bike race and a 5km run. The first athlete to complete the course is declared the winner.

India is being represented by 487 athletes in more than 15 disciplines at the Games.

It was India's third win in as many games in the ongoing tournament.

After finishing atop the points table, India will now take on bottom-placed Sri Lanka in the semi-finals on Tuesday.

In the other semi-final, Nepal will play Bangladesh.

Meanwhile, the Indian women's team also secured a semi-final berth after posting their second successive win in the competition when they beat Nepal on Monday.

The Nasreen-led side, which beat Sri Lanka in their opening game on Sunday, notched an innings and eight-point win with a score of 11-3 on Monday. 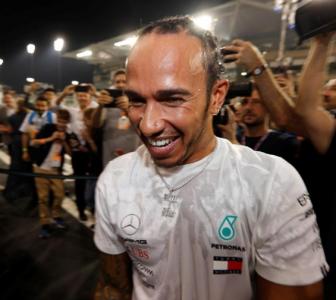