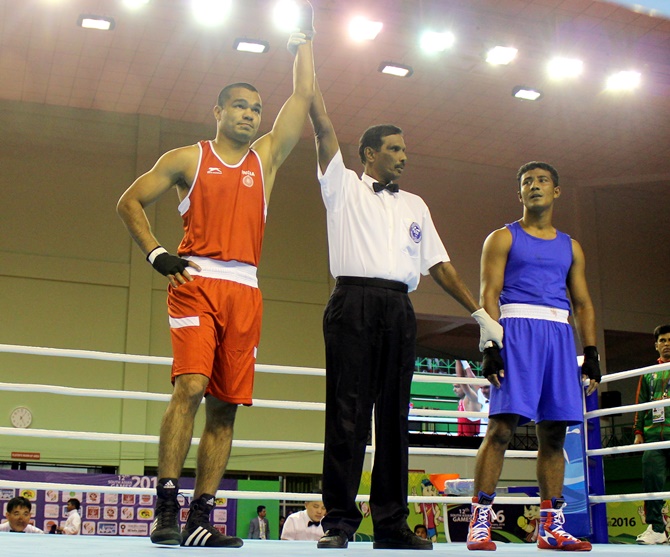 The Indian juggernaut rolled on unabated as the star-studded boxing squad joined the shooters in what is turning out to be an outing of unprecedented dominance by the host country at the 12th South Asian Games, in Guwahati, on Saturday.

India's shooters grabbed all the six gold medals on offer while the triathlon athletes joined the party by winning both the gold as the hosts swept aside the challenge from other countries.

In the ring, star boxers Devendro Singh and Shiva Thapa bludgeoned their way to convincing wins over their hapless opponents, Tashi Wangdi of Bhutan, and Nepal's Shrestha Dinesh, respectively.

In the capital city of Assam, there were just eight medal events and the Indians won all of them -- six by shooters and two by triathlon athletes. India's men and women kabaddi teams maintained their unbeaten run with comfortable victories over their Pakistani rivals to storm into the semi-finals of the South Asian Games.

The Indian men's team thrashed Bangladesh 30-17 in the morning session before scrapping past Pakistan in the evening with a 9-8 result at the R G Baruah Sports Complex. The home team topped the league table with an unbeaten record.

In the women's section, India toyed with their Pakistani opponents to emerge an easy 56-23 victory before thrashing Bangladesh 43-11 in their last league match to top the group with a clean slate.

India are the defending champions in both men's and women's kabaddi in the Games. 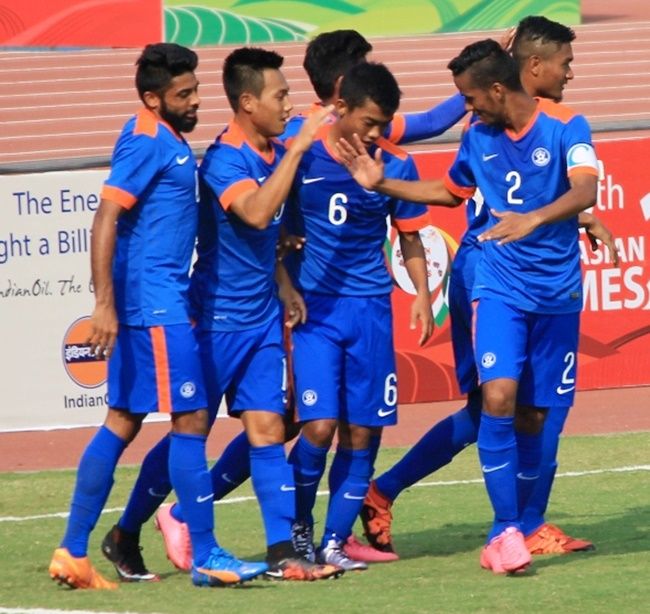 The India U-23 team registered a comprehensive 3-0 victory over Bangladesh to breeze into the final of men's football.

India led 2-0 at the interval.

After Udanta Singh put India into the lead in the 22nd minute, Mawihmingthanga followed it up with a fantastic strike from outside the box five minutes before the interval.

Changing over, Jayesh Rane sealed the fate in the 65th minute, which also saw Bangladesh coach Gonzalo Moreno being sent to the stands.

The final is slated for February 15.

Kamala Devi Yumnam and Ngangom Bala Devi struck two goals each to power defending champions India to a 5-1 thrashing of Bangladesh and set up a summit clash with Nepal in women's football.

India will face Nepal in a repeat of the 2010 Dhaka Games, at the Jawaharlal Nehru Stadium on Monday.

In the must-win match, India produced a wave of attacks in the early minutes with the strikers combining well up front along with Sasmita Malik.

Kamala Devi cleverly tapped home an early opportunity in the sixth minute to give the lead while Bala Devi opened her account after she converted one following a corner kick in the 13th minute.

Kamala Devi slotted the ball past the Bangladeshi custodian, following a clever flick by Bala Devi in the 37th minute to make it 3-0 at the break.

India struck twice in two minutes after the break with substitute and U-19 player Sanju, who came in place of Prameshwori Devi, scoring a scintillating goal in the 71st minute, while Bala Devi completed the rout a minute later.

Bangladesh scored against the run of play when captain Sabina Khatun (65th) found the back of the net to reduce the margin.

Earlier, Nepal blanked Sri Lanka 4-0 to top the group and finish with 10 points, while India ended second with eight.

India bagged one gold, one silver and a bronze to begin their campaign on a rousing note in taekwondo.

P Kumar defeated R Husseini of Afghanistan in 87kg men's final to clinch India's only gold from four events of the day at the North Eastern Indira Gandhi Regional Institute of Health and Medical Sciences (NEIGRIHMS) on the outskirts of the city.

Abrar Khan bagged the silver after going down to Afghanistan's Mohsen Rezaei in men's 54kg final, while Naveen (68kg) bagged the bronze.

A total of 13 gold medals will be decided in taekwondo of which five will be in women's section. 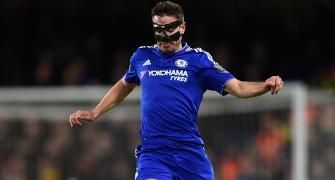 Why Chelsea is a team of 'Zorros' 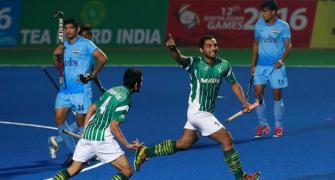 'Any loss to Pak at any level is a disappointment.' 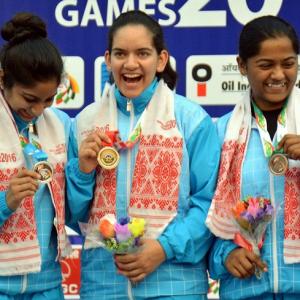