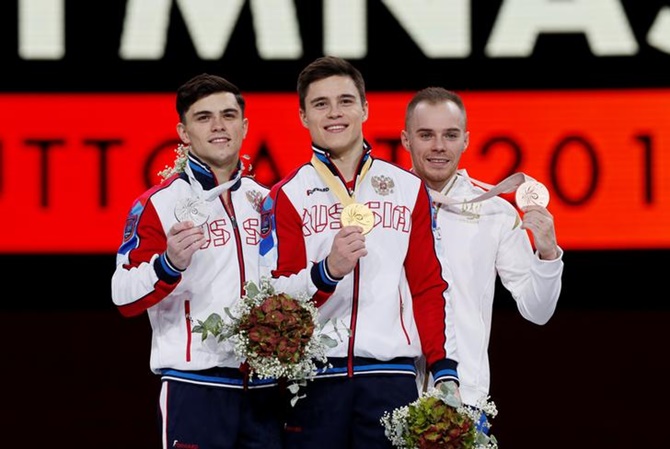 Needing 12.560 points on the horizontal bar to seal victory, Nagornyy landed a 14.166 to finish with an overall score of 88.772 to beat last year's champion Dalaloyan by a comfortable margin of 1.607.

Ukraine's Oleg Verniaiev claimed the bronze medal after producing a spectacular routine on the parallel bars for the day's top score of 15.475.

"Unbelievably happy because this is what motivated me to go and train in the gym daily for the past year," the 22-year-old Nagornyy said.

"Not just me but the whole team. What can I say? We were going here for this medal and we got it and we are unbelievably happy."