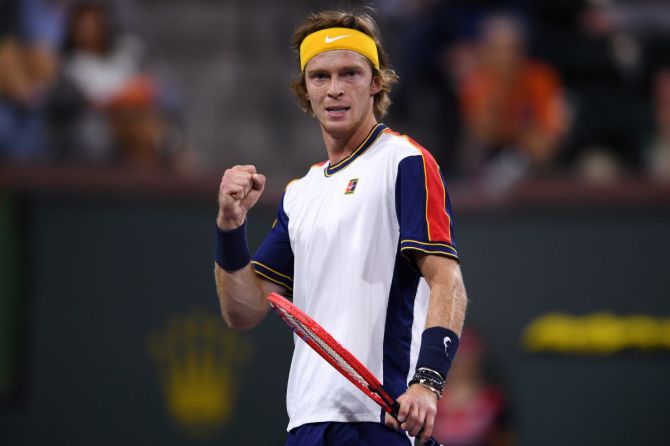 Russian Andrey Rublev has become the fifth singles player to qualify for the season-ending ATP Finals in Turin next month, the men's tour said.

The ATP Finals is played between the top eight men's singles players and doubles teams. The Russian made his debut in the prestigious tournament in 2020, when it was last held in London before moving to Turin.

"I am so happy to be back competing with the best eight players in the world," Rublev said in an ATP release on Saturday. "It is such a unique and prestigious tournament and I can't wait to play in Turin."

He is ranked sixth after reaching a career-high number five in the men's rankings last month.

Italian Matteo Berrettini, Norway's Casper Ruud and Poland's Hubert Hurkacz are next in line to qualify. Spain's 20-time major winner Rafa Nadal is eighth in the race to qualify but has already ended his season due to injury.