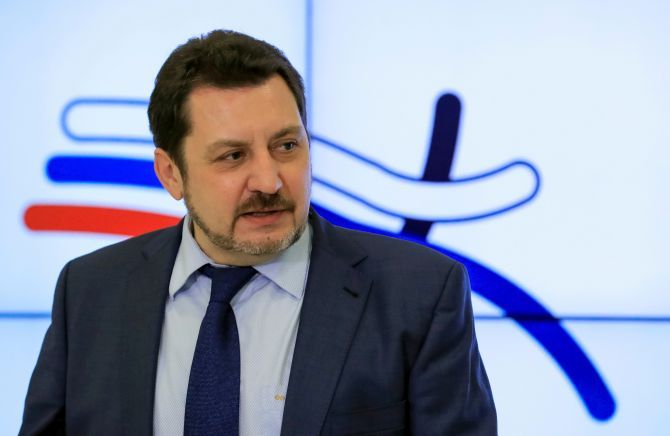 The president of Russia's suspended athletics federation resigned from his post on Monday as the federation grapples with new doping setbacks that could keep its athletes further sidelined from international competitions.

Yevgeny Yurchenko, a businessman and former deputy regional governor, had been in the position since late February. He did not provide a reason for his resignation.

The federation's troubles have piled up in recent months, with some of its officials and senior coaches having found themselves embroiled in doping scandals.

Most recently the federation missed a July 1 deadline to pay millions of dollars to World Athletics, putting on hold the chances of its track and field athletes being able to compete internationally as neutrals.

World Athletics had handed the federation a $10 million fine for breaching anti-doping rules in March.

At the time World Athletics reinstated the process by which Russian athletes could apply to compete internationally as neutrals after demonstrating that they are training in a doping-free environment. It said, however, that this process would again be suspended if half of the fine was not paid by July 1.

World Athletics said this month that the Doping Review Board, which reviews Russians' applications to compete internationally, and the Russian Taskforce overseeing the federation's reinstatement efforts were standing down until a meeting of its Council later this month.

The federation was suspended by the global body governing body in 2015 after a report commissioned by the World Anti-Doping Agency (WADA) found evidence of mass doping among Russian track and field athletes.

Yuri Ganus, the agency's head, denies the allegation, casting it as part of a campaign against his organisation that he said hampers its anti-doping push.

The new assertions compounded corruption accusations aired against Ganus on social media last week, alleging that he had misappropriated the agency's funds.

Though only on social media, those allegations prompted Ganus to convene a news conference on Friday where he rejected the accusations as "a pack of lies" designed to discredit his agency.

It has since appealed against a four-year ban on Russian athletes competing at major international sporting events under their flag as punishment for that alteration of laboratory data.

The case will be heard at the Lausanne-based Court of Arbitration for Sport (CAS) in November.