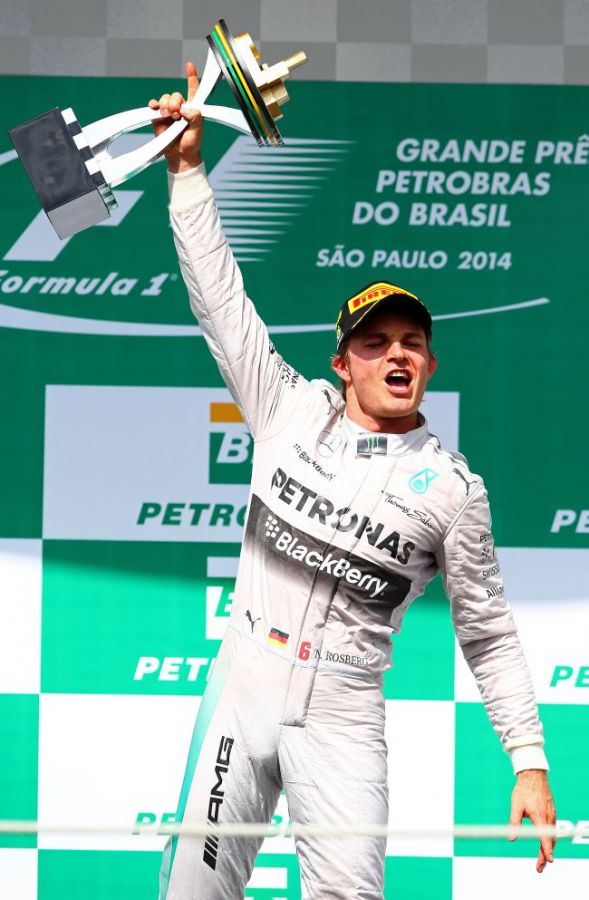 Nico Rosberg of Germany and Mercedes GP celebrates on the podium following his victory in the Brazilian Formula One Grand Prix. Photograph: Mark Thompson/Getty Images

Hamilton was second, 1.4 seconds behind, with Mercedes setting a Formula One record of 11 one-two finishes in a season with their 30 podium finishes in 2014 also a record.

"It was a great weekend," said Rosberg, who started on pole position after lapping fastest in every practice session and phase of qualifying at Interlagos.

"The whole weekend I've been feeling comfortable in the car, I was able to attack and control the gap to Lewis in the race so that worked out great.

"There's still all to play for. I just need to keep this going now," said Rosberg. 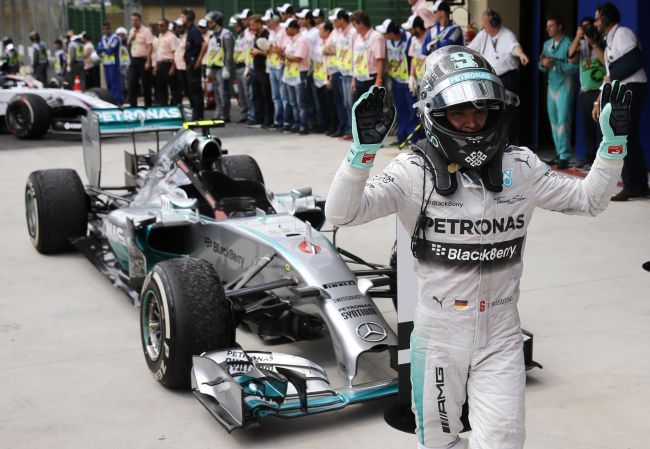 Mercedes Formula One driver Nico Rosberg of Germany celebrates as he steps out of his car after winning the Brazilian Grand Prix. Photograph: Nacho Doce/Reuters

The final race at Abu Dhabi's Yas Marina circuit on Nov. 23 will offer double points for the first time -- 50 for the winner -- but Hamilton now needs only a second-place finish to wrap up his second title.

The team also equalled the record held by Ferrari and McLaren of 15 wins in a season, with Rosberg now on five to his British rival's 10.

The two Mercedes drivers were in a race of their own on a sunny afternoon, with Force India's Nico Hulkenberg the only other driver to lead during the pitstops. 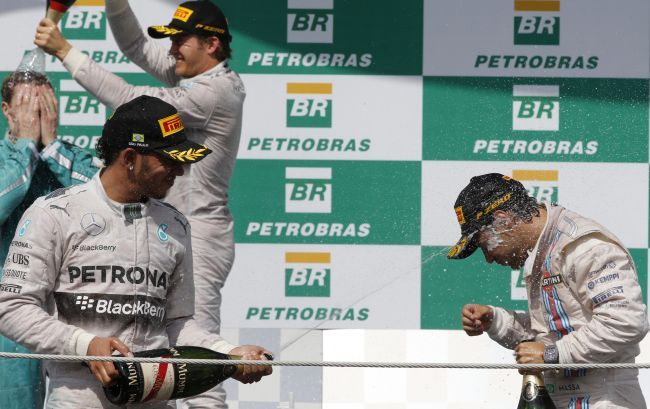 Hamilton made a big mistake on lap 28 as he pushed to gain an advantage after Rosberg had pitted, spinning and skidding off at turn four. That cost him seven seconds and, he said, ultimately the win.

From then on, the 2008 champion charged back, steadily narrowing the gap until the 'Silver Arrows' were just half a second apart.

"It was an amazing race, I had a great time," said Hamilton, who was hoping to become the first British driver to win six races in a row. 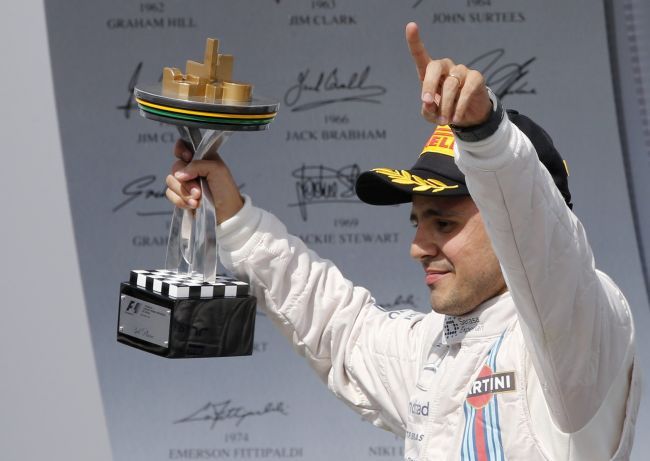 Brazilian Felipe Massa returned to the podium in front of his cheering home crowd with third place for Williams, 41 seconds behind despite a stop/go penalty for speeding in pitlane.

Massa had only himself to blame for more lost time when he pulled in to the McLaren pits instead of Williams.