Real Madrid striker Cristiano Ronaldo won substantial libel damages on Monday over false British newspaper claims he put a serious ankle injury at risk by dancing the night away with four models in a Hollywood nightclub.

An article published in the Daily Telegraph in July 2008 alleged that on arriving in Los Angeles to attend a sports award ceremony Ronaldo, who was on crutches at the time, "headed straight" for a trendy nightclub.

The story said the Portuguese international, who joined Real from Manchester United for a world record transfer fee of £80 million last year, cast his crutches aside and danced with the models into the night while being served "£10,000 worth of Cristal champagne". 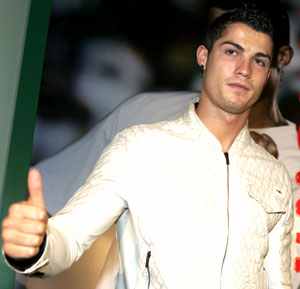 The piece also carried a photograph of the player saying his then club manager, Manchester United's Alex Ferguson, would be shocked at the sight of him "living it up" and jeopardising his recovery.

His lawyer, Allan Dunlavy, argued in London's High Court that the story was completely fabricated and caused him significant embarrassment, offence and distress.

The newspaper accepted the allegations were false and should never have been published. It agreed to pay the player substantial undisclosed damages as well as legal costs, the Press Association reported.

"While he did attend the nightclub in question, he did not drink any alcohol at all whilst there, nor at any time whilst in Los Angeles," Dunlavy said.

"He does not, as a rule, drink alcohol because he takes his health, fitness and recovery from injury very seriously. "Nor did he put his crutches down to take to the dance floor despite the risk to his injured ankle," he added.

Instead, the court heard he sat in a private corner, along with friends who had travelled to Los Angeles with him, resting his foot as advised and drinking non-alcoholic energy drinks.