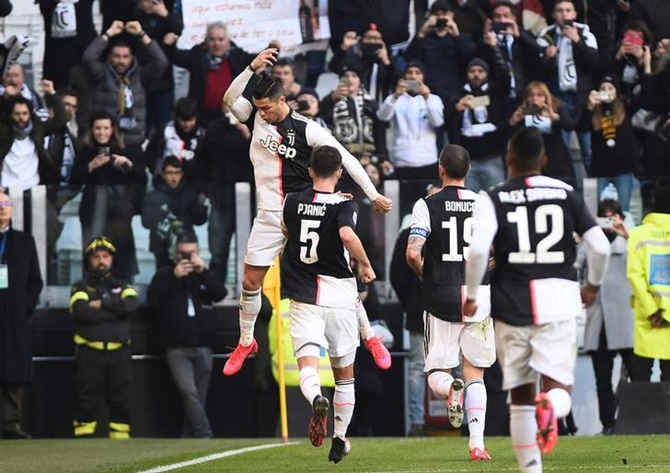 Cristiano Ronaldo converted two penalties as he scored for the ninth Serie A game in a row on Sunday to give Juventus a somewhat flattering 3-0 win over Fiorentina which kept them top of Serie A.

The Portuguese squeezed his shot under Bartlomiej Dragowski in the 40th minute and sent the Fiorentina goalkeeper the wrong way late in the second half to take his tally for the season to 19 after Fiorentina held their own for much of the game.

Defender Matthijs De Ligt headed the third in stoppage time to add to the sense of injustice.

The award of the second penalty, after Rodrigo Bentancur went down under a challenge from Federico Ceccherini, was met with angry protests by the visitors.

Juventus, who bounced back from last week's 2-1 defeat by Napoli, have 54 points from 22 games, six ahead of Inter Milan who are away to Udinese later on Sunday.

Lazio thrash SPAL to turn up pressure on Inter

Forwards Ciro Immobile and Felipe Caicedo both scored twice in the first half as a rampant Lazio thrashed SPAL 5-1 later on Sunday to maintain their Serie A title challenge.

Immobile, Serie A’s leading scorer, took his tally to 25 league goals for the season as his side made it 12 wins and three draws in their last 15 league games.

The win left Lazio with 49 points, five behind leaders Juventus with a game in hand, and one ahead of Inter Milan, who began the weekend in second place and visit Udinese later on Sunday.

Atalanta, Serie A’s leading scorers, moved into fourth place, ahead of AS Roma on goal difference, with a 2-2 draw at home to lowly Genoa while AC Milan were held 1-1 at home by Verona.

© Copyright 2020 Reuters Limited. All rights reserved. Republication or redistribution of Reuters content, including by framing or similar means, is expressly prohibited without the prior written consent of Reuters. Reuters shall not be liable for any errors or delays in the content, or for any actions taken in reliance thereon.
Related News: Fiorentina, Cristiano Ronaldo, Juventus, Defender Matthijs De Ligt, Rodrigo Bentancur
SHARE THIS STORYCOMMENT
Print this article 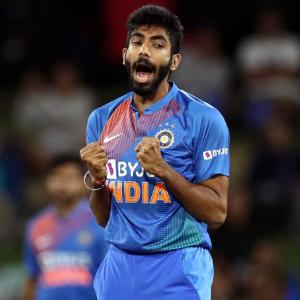