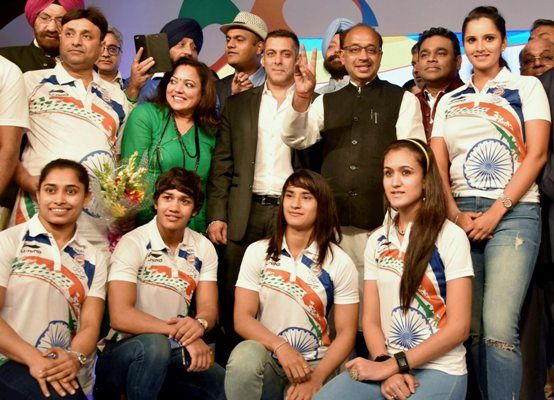 The Indian Olympic contingent was given a warm send-off on Monday, but it was Bollywood actor and IOA's Goodwill Ambassador Salman Khan who turned out to be the cynosure of all eyes, instead of the 20-odd Rio-bound athletes present on the occasion.

A record contingent of 121 athletes, including 54 women, will represent India at the upcoming sporting extravaganza in the Brazilian city known for its sand and sea.

"The contingent this time is one third more than last time and this itself proves that Indian athletes are improving. It is not just about winning medals but qualifying to participate in the Olympics itself is a huge thing," Indian Olympic Association president N Ramachandran said.

And there was, of course, Salman accompanied by music maestro AR Rahman, who is also IOA's Goodwill Ambassador. Tennis ace Sania Mirza, shuttlers PV Sindu and Kidambi Srikanth, talented wrestlers Vinesh Phogat, Babita and Sandeep Tomar, archer Deepa Karmakar and paddler Manika Batra were some of the well-known athletes present on the occasion.

Salman said, "People have a lot of hope from this contingent, I wish you guys all the very best. I am here from Bombay to give you a send-off and respect that you deserve. I know how difficult it is to be a sportsperson and I know it because I couldn't become one.

"I didn't have that much strength to become a sportsman but you guys have it and that's why you guys have qualified. Go there and give your best. Please don't come early." Salman was controversially appointed as Goodwill Ambassador, which left the country's sporting fraternity divided.

During the ceremony, Salman and Rahman gave the athletes flower bouquets with the cine star indulging in a bit of trademark banter. 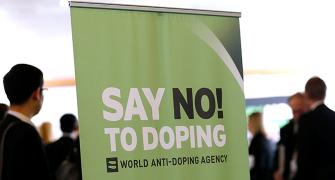