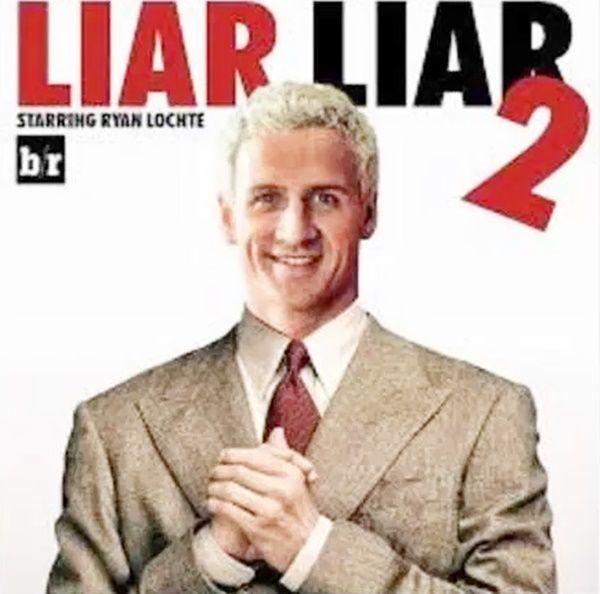 Veteran swimmer Ryan Lochte's brush with Rio police has already hurt his appeal to sponsors - but for two lesser-known team mates, it means they may never get a chance to sign their first major deal.

Lochte has several major sponsors, including fashion house Ralph Lauren Corp, which took down any reference to the gold medalist on its website on Friday, and swimwear company Speedo which has said it is following the situation.

But for team mates Gunnar Bentz, 20, and Jack Conger, 21, who are also embroiled in what social media has termed #LochteGate, going professional and scoring future business opportunities are now next to impossible, marketers say.

Unlike Lochte, who won the first of his six career gold medals in Athens in 2004, the pair were competing in their maiden Olympics and were yet to reap the commercial benefits of standing atop a Games podium.

They swim at US college level, which means they cannot earn money. They stood next to Michael Phelps on the podium after winning gold in the 4x200m relay, so it was possible they would have been able to go pro after Rio.

But, after earning more notoriety for allegedly lying to Brazilian police than their performance in the pool, sponsors are now unlikely to put their dollars behind them, said Matt Delzell at The Marketing Arm, an Omnicom Group Inc agency that advises brands on sports endorsements.

"It's relatively hard for any swimmer to break out and to attract sponsors, but if you couple it with how they all corroborated a fabricated story, it's a black eye," Delzell said.

Before they walked into the gas station with Lochte in the early hours of Sunday morning, the road for Bentz and Conger to attract big sponsorship deals was already paved with obstacles.

Millionaire Michael Phelps is an exception rather than the rule in Olympics swimming. While the most decorated Olympian in history commands large endorsements with companies such as Under Armour Inc and watchmaker Omega, many Olympic swimmers get by with few sponsorship deals in their career.

Swimming is one of the most watched sports in the Olympics, but it is not followed year round by a mainstream audience that can be easily commercialized.

The vast majority of Olympians make a fraction of what top athletes in professional sports generate in endorsement income on a year-round basis, says Peter Land, who works with Olympic and Paralympic sponsors for communications firm Finsbury.

"While these athletes are the best in the world at their craft, the massive global spotlight shines on them for a few weeks every four years," said Land.

That means the stakes are even higher when swimmers have their time to shine in the Olympic sun, which is why some have found the scandal surrounding the U.S. swimmers so unfortunate.

"This situation has adversely impacted all areas of the Games, since it has distracted attention from other athletes, sports and stories," said Phelps' agent, Peter Carlisle at talent agency Octagon.

"The cumulative quality and nature of the exposure related to swimming certainly influences the level of interest among brands."

It may have been possible for Conger and Bentz to land smaller marketing deals in their home towns after a medal win, making money from local appearances or radio ads, said Delzell. Now, even those opportunities have likely dried up, he said.

A fourth swimmer involved in the gas station incident, Jimmy Feigen, has a deal with swimsuit maker TYR Sport, signed after the 26-year-old won a silver medal at the London 2012 Games.
TYR Sport could not be reached for comment on Friday.

Feigen paid 35,000 reais ($11,000) to a Brazilian sporting charity on Friday, a condition of reclaiming his passport from Brazilian police and being able to return home.

Medal bonuses could be in jeopardy for all four swimmers. The United States Olympic Committee (USOC) pays $25,000 for gold medal winners, $15,000 for silver medals and $10,000 for bronze.

When asked whether the swimmers' bonuses were at risk, a USOC spokesman responded by pointing to a paragraph from an USOC statement that said the swimmers' behavior was unacceptable and any "potential consequences" for them would be reviewed.

Whatever the consequences for the four swimmers, Phelps' agent hopes the story will start to recede from the news agenda.

"At this point, it seems as though the story is limited to the individual athletes involved, and hopefully it will soon give way to other, more positive stories coming out of Rio," Carlisle said.