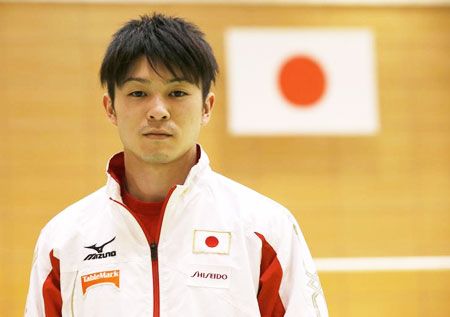 Kohei Uchimura's bid to become the first gymnast in more than 40-years to win back-to-back Olympic all-around gymnastics golds began with a costly error as his as addiction to Pokemon Go landed him with a near $5,000 phone bill.

The man known as ‘Super-mura’, who has won a record six successive world all-around titles, was persuaded by his teammates to download the game shortly after touching down in Sao Paulo for a pre-Games training camp last week.

But rather than getting a buzz at playing a game that has turned into a global craze over the past weeks, Uchimura was left with a mighty headache when he clapped eyes on his data roaming bill.

Teammate Kenzo Shirai added: "He looked dead at the team meal that day."

The bill would have capped a frustrating few days for the 27-year-old as he is unlikely to have captured any Pokemon as the game is not officially available in Brazil.

However, such is Uchimura's standing in his homeland that his mobile phone company agreed to waive the bulk of the cost after he explained his mistake -- and instead implemented a flat rate roaming charge of around $30 a day.

"I really lucked out," said Uchimura, who blocked out his obsession of chasing after virtual reality monsters as he went through his paces during a training session with his Japanese teammates in the Rio Olympic Arena on Wednesday.

© Copyright 2021 Reuters Limited. All rights reserved. Republication or redistribution of Reuters content, including by framing or similar means, is expressly prohibited without the prior written consent of Reuters. Reuters shall not be liable for any errors or delays in the content, or for any actions taken in reliance thereon.
Related News: Kohei Uchimura, Kenzo Shirai, Kyodo News, Pokemon, Sao Paulo
SHARE THIS STORYCOMMENT
Print this article