Rio Olympics: Djokovic to play Del Potro in first round 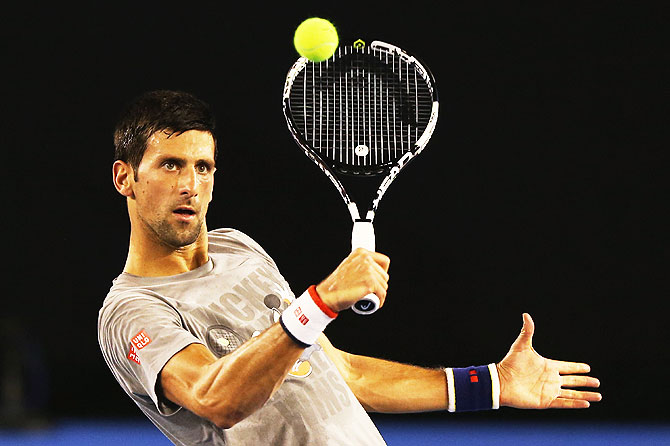 Top seed Novak Djokovic faces a hazardous first round at the Rio Olympics after Thursday's draw pitted him against Argentine powerhouse Juan Martin del Potro, the man who denied him a medal four years ago in London.

The 29-year-old Serb, beaten by Del Potro in the bronze medal match at the 2012 Games, is bidding to become only the third man to win all four Grand Slam singles titles, the Davis Cup and Olympic gold, after Andre Agassi and Rafael Nadal.

Second seed Andy Murray, the defending champion who will carry Britain's flag at the opening ceremony on Friday, takes on Djokovic's Serbian team mate Viktor Troicki in round one while defending women's champion Serena Williams opens her campaign against Australian Daria Gavrilova.

Williams is going for a fifth Olympic gold medal, as is her sister Venus who plays Kirsten Flipkens in the first round.

"It's nothing to ever take for granted," Venus, singles champion in 2000 and three times a gold-medallist in doubles with Serena, told reporters after arriving in Rio.

"It takes a lot of work to qualify. It's great to be back here for another instalment."

The American sisters are top seeds in the doubles, having won together in London, and will face Czech duo Lucie Safarova and Barbora Strycova in the first round.

The 2008 Olympic champion Rafael Nadal of Spain is in Rio despite not playing since pulling out of the French Open with a wrist injury.

Third seed Nadal, a potential semi-final opponent for Djokovic, faces Argentine Federico Delbonis in round one.

"I'm excited to be here and I'm motivated to play," Nadal who could not try to defend his title in 2012 because of injury, said this week in Brazil.

Murray, who will play with brother Jamie in the men's doubles, is line for a semi-final against Japan's fourth seed Kei Nishikori, who plays Spain's Albert Ramos-Vinolas in round one of the hardcourt tournament that begins on Saturday.