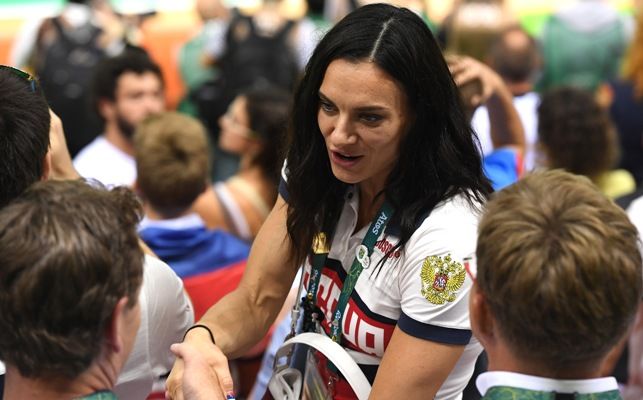 Double Olympic pole vault champion Yelena Isinbayeva, a fierce critic of a Russian track and field ban at the Rio Olympics, was elected an International Olympic Committee member on Sunday but a third of the votes were against her.

The Russian, still the reigning world record holder, was excluded from the Games along with over 100 of her team mates following revelations of a systematic, state-backed doping programme in Russian sport.

Isinbayeva received 45 votes in favour and 23 against with two IOC members abstaining as she was confirmed a member of the Olympic body after, three days after earning a spot on the IOC's athletes' commission.

With tears in her eyes, she greeted IOC President Thomas Bach following her election. She will now serve an eight-year term on the body as a member of the commission which represents athletes' interests.

Isinbayeva, who announced her retirement as an athlete this week, had repeatedly criticised the international athletics federation (IAAF), saying she would never forgive it for banning Russians from the Games.

"It is a violation of human rights. I will not be quiet, I will take steps," she had said in July. "I will go to the human rights court. I will prove to the IAAF and World Anti-Doping Agency that they made the wrong decision."

The 34-year-old, who won gold at the Athens and Beijing Games, is also hoping to replace Dmitri Shlyakhtin as head of the Russian athletics federation (ARAF) when he steps down in November.

© Copyright 2022 Reuters Limited. All rights reserved. Republication or redistribution of Reuters content, including by framing or similar means, is expressly prohibited without the prior written consent of Reuters. Reuters shall not be liable for any errors or delays in the content, or for any actions taken in reliance thereon.
Related News: IOC, Yelena Isinbayeva, IAAF, Thomas Bach, Dmitri Shlyakhtin
COMMENT
Print this article