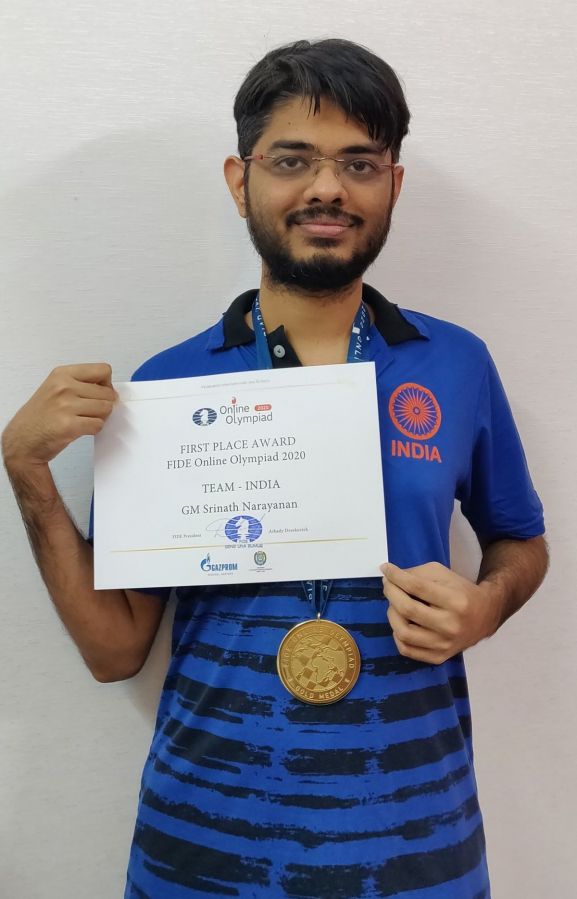 Sports Minister Kiren Rijiju on Saturday said that Indian chess player Srinath Narayanan will get a refund after he was asked to pay custom duty on the gold medal that he had won in the FIDE Online Chess Olympiad.

According to reports, Narayanan had to pay custom duty of Rs 6,300 to get the gold medal which he won in the FIDE Online Chess Olympiad in August this year.

Rijiju on Saturday said his office has contacted the player and the issue has been resolved.

"I'm very upset with this news. My office has already reached out to the athlete," he wrote on his official Twitter handle.

"It was a case of misunderstanding between Customs and Courier company. The issue has been resolved. The company has acknowledged the slip up & will return the money to the athlete Srinath Narayanan."

On Wednesday, Narayanan took to social media to inform that he has received the medal but after paying custom duty for it.

"The medals are here! Thank you @FIDE_chess. On the way to dispatch them to the rest of the team now. It wasn't easy getting it! It reached from Russia to India in three days, but took more than a week to reach from Bangalore to India, and had to pay customs duty!" Narayanan had tweeted.

The Indian chess team had claimed its first-ever gold medal after being adjudged joint winners alongside Russia in the FIDE Online Chess Olympiad. 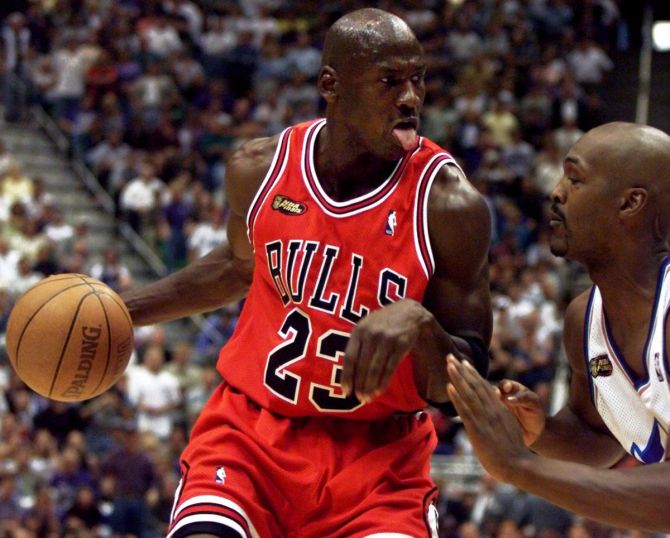 Historic jerseys from the careers of Michael Jordan, Colin Kaepernick and former US President Barack Obama set sales records at an auction of sports memorabilia this week, Julien's Auctions said on Friday.

The official National Basketball Association jersey given to Jordan on the day he signed with the Chicago Bulls in 1984 sold for $320,000, the highest price ever paid for a Jordan jersey.

Jordan held up the red-and-white jersey, which featured his name and the number 23, at his first news conference as a member of the Bulls. He went on to become the heart of the Bulls dynasty that won six NBA championships in the 1990s.

Also at the auction, a basketball jersey worn by Obama in 1979 during his senior year at Punahou School in Hawaii sold for $192,000, a record for a high-school jersey sold at auction, Julien's said. The white mesh jersey also features the number 23.

And a white number 7 jersey worn by former National Football League quarterback Colin Kaepernick in 2011, during his debut game with the San Francisco 49ers, sold for $128,000, making it the most expensive NFL jersey sold at auction.

Kaepernick has been one of the most prominent and controversial sports figures in the United States.

His decision in 2016 to kneel during the playing of the national anthem in order to put a spotlight on police brutality helped inspire the Black Lives Matter movement. Critics said he was disrespecting the United States and its flag.

Kaepernick has gone unsigned since the 2016 season, although the NFL in June changed course on its previous opposition to his and others' kneeling protests, saying it made mistakes in not listening to its players.

NBA: The long and short of Lakers' season

Coming at the back of what was the longest NBA season and going into the next in what will be the shortest offseason, LA Lakers head coach Frank Vogel sounded confident but not complacent.

"The first thing you have to know when you are going in for a repeat, it is going to be harder than before and the bullseye is going to be bigger," Vogel said on Friday speaking to media.

"We played longer than everybody and had a shorter offseason than anybody else, so odds are stacked against us from that standpoint."

In what was a season never seen before, Lakers won the 2019-20 NBA Championships beating Miami Heat 4-2 in the Finals. Vogel admitted that it was one the toughest Championships to win.

"It is so difficult to win them in any environment. The circumstances and adversity last season's team faced were unprecedented so if you look at the totality of it, it is remarkable for our guys to be able to persevere through all that," said Vogel.

Since winning their 17th championship, the Lakers saw some churn but Vogel is pretty chuffed about the reconfigured roster with seasoned players like Dennis Schroder, Montrezl Harrell, Marc Gasol and Wesley Matthews joining the superstar duo of LeBron James and Anthony Davis.

"The guys that we've brought in here are nasty dudes. These guys are all physical dudes that have that sort of edge to them that I think they'll embrace right away. Obviously, the group that's returning knows the value in what we created last year, and hopefully we'll establish that early on," he said.

Vogel didn't hold back praising the players Lakers brought in to defend the title saying the group will need the edginess, chip-on-your-shoulder to set the tone this season. The Lakers open the season with a home contest against the LA Clippers on December 23 and will play on Christmas Day for the 22nd consecutive season, hosting the Dallas Mavericks at the STAPLES Center.

When asked how he will deal with the sense of overconfidence that can creep in with the favourites tag, Vogel said his team had the right perspective of things and take nothing for granted. Being favorites doesn't matter to those guys.

"They know how hard it is, they know all the work, sacrifice and commitment that goes into playing for that Championship, so I am not worried about that," he added. 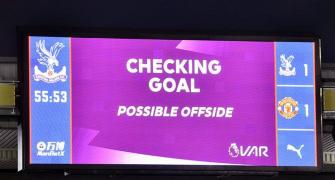 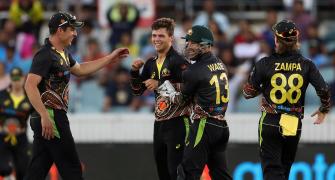 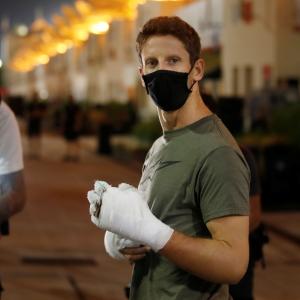 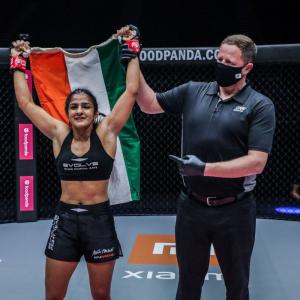