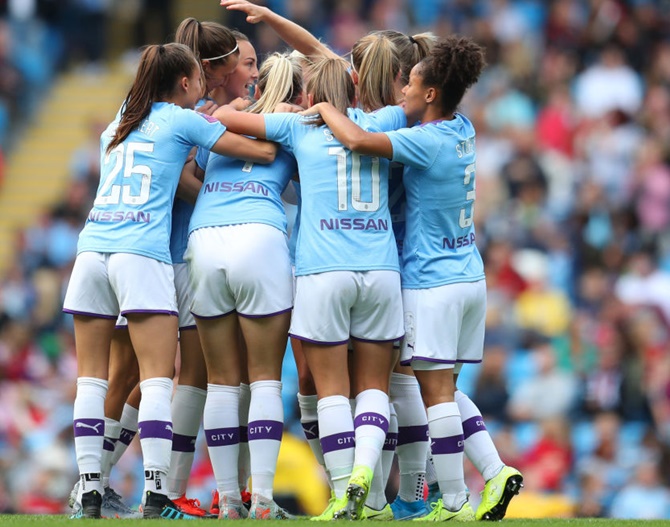 A spectacular 25-yard strike by Caroline Weir gave Manchester City a 1-0 win over Manchester United in front of a record attendance for a Women's Super League game of 31,213 at the Etihad Stadium on Saturday.

Weir capitalised on a mistake by United captain Katie Zelem as City emerged victorious on the opening day of the season in the first professional meeting between the two neighbours.

"I just remember getting the ball on the edge of the box and having a shot, luckily enough it went in," said Weir.

United, who were the better side in the first half, hit the post late on via an attempted clearance from Aoife Mannion which struck Jackie Groenen.

"It was a big occasion for us at the Etihad and the support we have had is unbelievable. It was a huge game for us to kick-off the season, so we are obviously delighted to get the win," Weir told BT Sport.

"We are delighted with the result, it was a really tough game, Manchester United played really well especially in the first-half."

Women's football has seen a surge of interest in England since this year's World Cup in France and Saturday's game was only the second City have played at the stadium where the men's team play.

The previous record attendance for a WSL game was 5,265 for Arsenal's title-winning clash at Brighton & Hove Albion's Amex Stadium in April.

Saturday's record is expected to be broken on Sunday when free tickets should ensure a near-capacity 41,000 crowd to watch Chelsea play Tottenham Hotspur at Stamford Bridge. 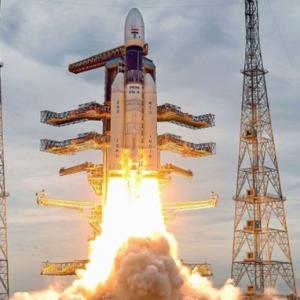