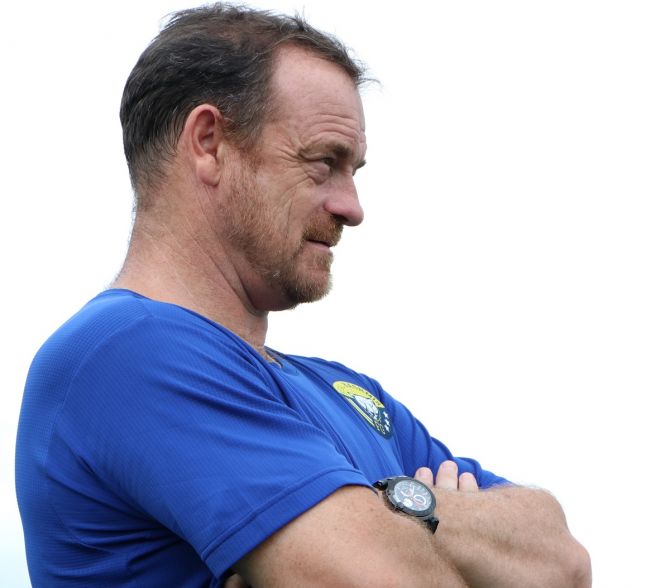 David Alexander Robertson, coach of Kashmir's famous football club Real Kashmir FC, has been honoured with British Empire Medal (BEM) for his services to the community in the valley and strengthening UK-India relations, a feat he dedicated to the people of Kashmir and the team he has been engaged with.

According to the list released on the occasion of Queen Elizabeth II's birthday on Friday evening, "Manager, Real Kashmir Football Club, India, receives a British Empire Medal (BEM) for services to the community in Kashmir and UK-India relations."

The awards were announced on Saturday by the British government to mark the monarch's official birthday.

The 52-year-old Robertson, who has been coach of Real Kashmir Football Club, has received a British Empire Medal (BEM) in the Queen's Birthday Honours List for services to the local community.

"The award recognises Mr Robertson's outstanding contribution to the sport and the community as head coach of RKFC since January 2017. This included guiding the football team into the I-League – the first time the team has competed at this level," the official list read. 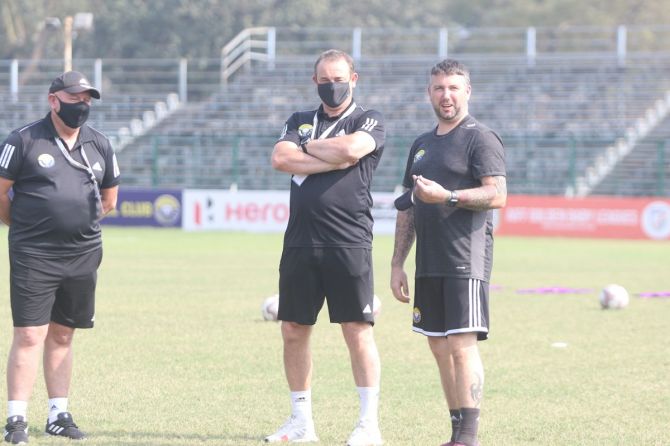 Robertson said he was 'absolutely delighted' and honoured to have been recognised and awarded this honour for his work in Kashmir.

"I have enjoyed every minute spent in Kashmir. It has been a real pleasure to have worked and met so many wonderful people. I think of Kashmir as my second home," he said.

The BEM is a British and Commonwealth award for meritorious civil or military service worthy of recognition by the Crown.

When contacted, Robertson told PTI from his home in Scotland that it has been an amazing journey of almost five years of working with the people of Kashmir and the club.

"I remember the initial days when barely a few dozen turned up for a match of RKFC to a crowd watching from even trees and nearby building tops and cheering the team," Robertson said.

"I dedicate this to my club especially my owner Sandeep Chattoo and people of Kashmir."

The story of RKFC is all about determination to achieve the best in football and win millions of hearts across the globe, he said.

Talking about his owner, David said Chattoo is unlike other club owners and added, "He treats everyone in the club as his own family member. This definitely makes a difference."

"I thank him for all the support extended to the club because his aim is to win hearts of the people in the Valley through the game of football."

Chattoo congratulated Robertson for being awarded the medal by the British government and said this would help in further boosting the morale of people as well as the team.

"David Robertson has been associated with the team since 2017 and once I made it clear to him about my dreams of RKFC, there was no looking back.

"A minute observer of the game, he used to mark every move of his team and later tell the players about the shortcoming irrespective of whether we won or lost," Chattoo said from Srinagar.

He said the last season was marred by the COVID-19 pandemic and hoped that the forthcoming one would bring the game back to the home crowd.

The club, which came into existence in 2016, shot to limelight by winning the second division I-league in May 2018. They stood third in the main I-league in their maiden season.

The club has received attention the world over and BBC Scotland made a documentary named 'Return to Real Kashmir FC' that followed the team and their Scottish manager Robertson.