Indian hockey skipper Rajpal Singh said on Monday that Major Dhyan Chand deserved to be the first sportsperson in the country to be bestowed with the Bharat Ratna.

"Bharat Ratna is not given for encouraging any particular sport. It is a matter of honour and the hockey legend, also known world over as its magician, deserves the prestigious award the most," Singh said.

"There is no player of his stature, neither before nor afterwards," he added.

The Indian team arrived in the city for attending a felicitation function organised by Madhya Pradesh Chief Minister Shivraj Singh Chouhan this evening in honour of the team's victory in the Asian Champion's Trophy last year.

Chouhan will present an award of Rs one lakh each to the members of the winning team, State's Sports Director Shailendra Shrivastava said.

He will also honour members of the Berlin Olympics team and present each of their families Rs one lakh, he said. 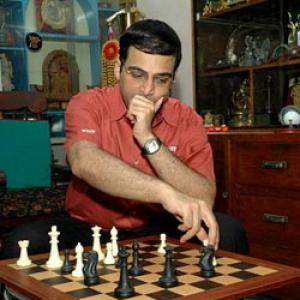