News
Business
Movies
Sports
Cricket
Get Ahead
Money Tips
Shopping
Sign in  |  Create a Rediffmail account
Rediff.com  » Sports » Raikkonen to take year out of Formula One

Raikkonen to take year out of Formula One 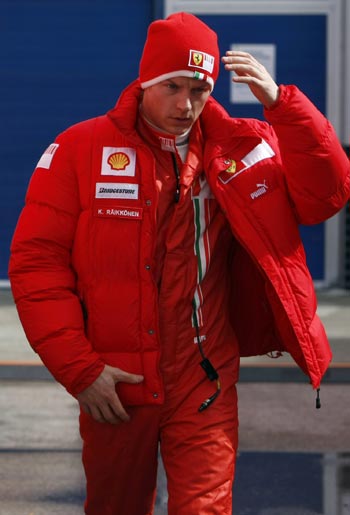 Kimi Raikkonen will take a year out of Formula One after failing to reach a deal with McLaren for next season  the 2007 world champion's manager was quoted as saying on Wednesday.

"The alternatives at F1 level for next season were McLaren or nothing. Kimi and McLaren did not reach an agreement, so he will not drive at F1 level at least during next year," Steve Robertson told Finnish regional daily Turun Sanomat.

The announcement will only fuel speculation that Britain's Jenson Button has done a deal with McLaren after winning this year's title with Brawn, who have since been taken over by Mercedes.

While Brawn say they want to keep their champion, Daily Mail reported that Button would be unveiled as Lewis Hamilton's team mate in the next 48 hours.

Raikkonen, who spent five years at McLaren before joining Ferrari at the end of 2006, has been replaced at the Italian team by Spain's double world champion Fernando Alonso despite having a year to run on his contract.

With a payoff in his pocket, he had already cast doubt on his Formula One future and said last month that any contract he signed would have to allow him to continue his rallying activities.

The 30-year-old, whose motivation has been repeatedly questioned since he won the title, competed in this year's Finnish round of the world rally championship in a Fiat after also entering three non-championship events.

Hugely popular with the sport's hardcore fans as an uncompromising and party-loving driver with little interest in media or sponsorship activities, the 'Iceman' may not be frozen out for long.

"Kimi still lives and breathes the ambition to drive. A year off in that sense does not mean anything," said Robertson. "More significant is to find a place for Kimi where he can fight for victory and a world championship," he added.

Raikkonen had made clear he only wanted to drive for a top team, a situation that narrowed his options. "If I do decide to stay in Formula One, I wouldn't go to any of the small teams where I would not have the chance to fight for the championship," he said last month.

"Otherwise there is no reason to be in Formula One. I achieved what I wanted," he added.

However, there would be an opening at Red Bull at the end of next year when Webber's contract runs out. Toyota, who had made Raikkonen an offer, have since quit Formula One.

Other champions have taken years out in the past and come back strongly, notably Frenchman Alain Prost who fell out with Ferrari in 1991 and sat out 1992 before returning to win the title with Williams in 1993.

Austrian Niki Lauda retired in 1979 before coming back in 1982 and winning his third championship with McLaren in 1984.

© Copyright 2020 Reuters Limited. All rights reserved. Republication or redistribution of Reuters content, including by framing or similar means, is expressly prohibited without the prior written consent of Reuters. Reuters shall not be liable for any errors or delays in the content, or for any actions taken in reliance thereon.
Related News: Kimi Raikkonen, McLaren, Mark Webber, Steve Robertson, Red Bull
SHARE THIS STORYCOMMENT
Print this article 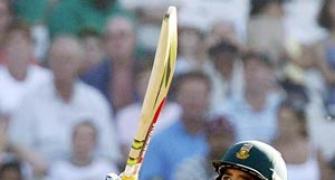 Your future is with us, Brawn tells Button