For the first time in 44 years, Queen Elizabeth II will miss the Commonwealth Games owing to "heavy workload", leaving it to Prince Charles to represent the British Royal family in Delhi this October.

"Prince Charles will represent the Royal Family in India and a message of support from the Monarch to the athletes will be read out," the Daily Mail reported.

A spokesman for Buckingham Palace said the Queen had a packed schedule of appointments during autumn which did not include a visit to Delhi in October.

"It is correct to say that the Queen will not be attending the Commonwealth Games this year. The sheer volume of engagements this autumn, coupled with other overseas visits, means she would not be able to attend," the spokesman said.

"The British High Commission in Delhi said it was delighted that Prince Charles would represent Her Majesty at the opening ceremony on October 3," he added.

The Queen described the Commonwealth Games as a "great sporting celebration" during her speech to open the previous Games in Melbourne in 2006.

"The Commonwealth Games are both a product of our unique organisation as well as a tangible example of the value of this partnership of peoples," she had said.

Meanwhile, the England team's anthem for this year's event is set to change after a national poll found Jerusalem was now the most popular choice.

Athletes have stood to attention for the stirring Land of Hope And Glory for the past 40 years since it replaced God Save The Queen.

But Jerusalem, taken from a William Blake poem, attracted 53 per cent of the vote in a YouGov survey and has enthusiastic backing from competitors.

However, the traditional God Save The Queen will be played before each of England's matches at next month's football World Cup in South Africa. 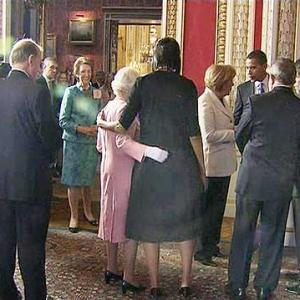