The Champions League will have an air of familiarity about it when it resumes this week with 11 of the clubs who reached the last 16 stage a year ago involved again.

Ten of the 16 sides also reached the same round two seasons ago and, as usual, the big five leagues dominate with 13 clubs hailing from either the English, Spanish, German, French and Italian leagues.

With only two matches per evening, the round of 16 will not be complete until March 18 but PSG get the ball rolling when they host Chelsea on Tuesday in a repeat of last season's quarter-final which Jose Mourinho's team won on away goals.

We're a little bit in trouble at the moment, but from Sunday morning we'll have to focus on Chelsea The clash pits David Luiz, now with the French side, against his former club.

The French champions, aiming to reach the last eight for the third season in a row, have a 32-match unbeaten home run in Europe although they are currently third in Ligue 1, hugely disappointing considering their financial resources.

They stuttered again on Saturday when they were held 2-2 at home by Caen after a spate of injuries left them with nine men and they conceded two goals in the last two minutes.

"We're a little bit in trouble at the moment, but from Sunday morning we'll have to focus on Chelsea and convince ourselves that we can challenge them," said coach Laurent Blanc. Shakhtar Donetsk, Ukrainian champions for the last five seasons, will be thrown in at the deep end when they host Bayern Munich in Tuesday's other game, their first competitive match since early December.

Bayern Munich themselves struggled to get into gear following their own winter break in Qatar but blew away the cobwebs on Saturday with an 8-0 drubbing of Hamburg SV.

The game will be in Lviv to escape the conflict in eastern Ukraine where Donetsk is held by Russian-backed separatists.

The Pitmen have failed to win their last four home matches against Bundesliga sides and their last success was against Eintracht Frankfurt in the 1980-81 UEFA Cup.

The good news for the Ukrainians is that they have managed to hold on to Brazilian striker Luiz Adriano, the competition's top scorer with nine goals, despite interest from AS Roma. Schalke 04's match at home to Real Madrid on Wednesday will bring back unhappy memories for the Bundesliga side after they were thrashed 6-1 by the Spaniards at the same venue at the same stage of the competition one year ago.

The Royal Blues also lost 5-0 at home to Chelsea in the group stage and only scraped through thanks to a hugely controversial 4-3 win over Sporting Lisbon.

Real, on the other hand, won all six games as they topped their group by an 11-point margin from Basel. Swiss champions FC Basel, who qualified at the expense of Liverpool in the group stage's only genuine surprise, host Porto in this week's other tie, also on Wednesday.

Porto, unbeaten in both the group stage and final qualifying round, are favourites, especially after Basel parted company with midfielder Marcelo Diaz and Serey Die in the transfer window.

The following week includes the highlight of the round as Manchester City meet Barcelona (Feb 24), a repeat of last season's round of 16 tie which the Catalans won 4-1 on aggregate.

On the same evening, Serie A champions and current leaders Juventus host Borussia Dortmund, whose European form has been a stark contrast to their stuttering domestic performances.

Arsenal manager Arsene Wenger will face his old club AS Monaco in a competitive match for the first time and Bayer Leverkusen host last season's runners-up Atletico Madrid in the Feb 25 ties.

© Copyright 2022 Reuters Limited. All rights reserved. Republication or redistribution of Reuters content, including by framing or similar means, is expressly prohibited without the prior written consent of Reuters. Reuters shall not be liable for any errors or delays in the content, or for any actions taken in reliance thereon.
Related News: Paris St Germain, Bayern Munich, Basel, Manchester City, Schalke
COMMENT
Print this article 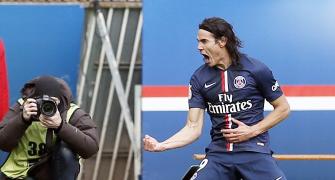 What happens when a player swears at ball boy? 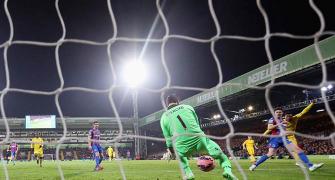 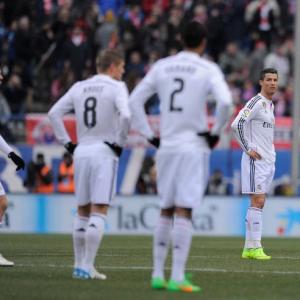