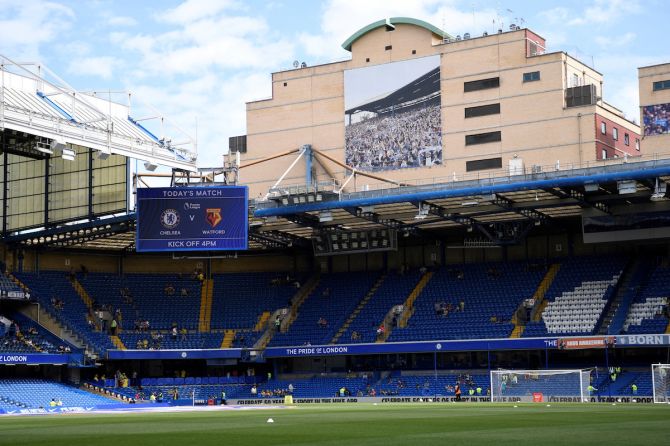 IMAGE: General view inside Stamford Bridge before the match between Chelsea and Watford in the Premier League. Photograph: Reuters/Tony Obrien

The Boehly-Clearlake consortium, which agreed terms to acquire Chelsea for 4.25 billion pounds ($5.33 billion) earlier this month, passed the Premier League Owners' and Directors' Test, the league said on Tuesday, paving the way for the club's takeover.

The proposal also needs approval from the British government before the consortium can complete the acquisition, with a week remaining before the club's current operating licence expires on May 31.

"The Board has applied the Premier League's Owners' and Directors' Test (OADT) to all prospective Directors, and undertaken the necessary due diligence," the league said in a statement.

"The members of the consortium purchasing the club are affiliates of the Clearlake Capital Group, L.P., Todd Boehly, Hansjorg Wyss and Mark Walter."

"Chelsea FC will now work with the relevant governments to secure the necessary licences to complete the takeover."

The British government is set to approve the sale after Chelsea's Russian owner Roman Abramovich gave assurances he will not benefit from the deal, a source familiar with the situation told Reuters.

Currently subject to sanctions by the British government, Abramovich put the London club up for sale in early March following Russia's invasion of Ukraine, which Moscow calls a "special military operation".

Abramovich dismissed reports that he wanted a loan given to the club, reportedly worth 1.5 billion pounds ($1.88 billion), to be repaid.

Chelsea previously confirmed all proceeds from the sale, which would be placed in a frozen UK bank account, will be donated to charitable causes by Abramovich.

Groups led by Boston Celtics co-owner Stephen Pagliuca and former British Airways chairman Martin Broughton were earlier eliminated from the bidding process while a consortium led by Chicago Cubs owners the Ricketts family pulled out of the running. 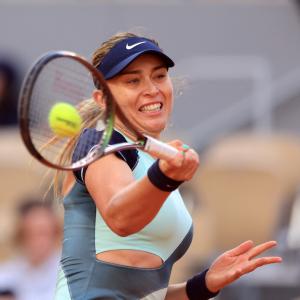 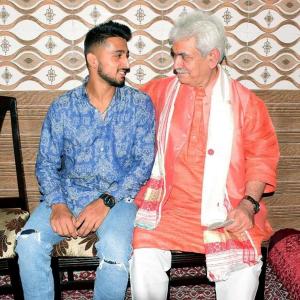