Thailand's Pornanong Phatlum presented herself an early birthday present by winning the Hero Women's Indian Open for a record third time while 14-year-old amateur Aditi Ashok was the best placed Indian with a tied eighth-place finish, in Gurgaon on Sunday.

Phatlum, who celebrates her 23rd birthday on Tuesday carded a final round of six-under 66 to set a new tournament record of 13-under 203, beating by one, the total achieved by Caroline Hedwall in 2011. 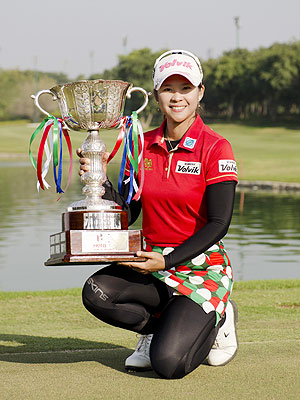 Hedwall, who set a new course record on Saturday, was a distant second following a final round of 69, that gave her a total of nine-under 207, four behind the winner.

"This was an amazing experience, something that I will cherish. Playing with top stars from Europe and Asia and finishing in top-10 was almost like a dream," said Aditi, who plays the All India juniors next week and then defends her All India Ladies title in Kolkata the following week.

The top Indian pro was Nalini Singh Siwach (73-74-74) in tied 33rd place, the same as where she started the final round.

"I could have done better, but this will give me some confidence as I leave for Morocco to play in the Ladies European tour Q-School," she said.

Phatlum who began the week with a modest 72 shot 65-66 over the weekend as Hedwall made up for her first round 76 with rounds of 62 and 69 in the final two rounds.

"I'm so happy now. It's like a big tournament. I won and in two days it will be my birthday so it's going to be a big present for me," said Phatlum, who previously won the event on the same golf course in 2008 and 2009, when it was sanctioned by the Ladies Asian Golf Tour and Women's Golf Association of India.

With the tournament now also co-sanctioned by the LET, this is also her first title on the Ladies European Tour.

Another Thai, Nontaya Srisawang, finished third on seven under after a final round 68 and said that she was delighted for her friend's victory.

England's Laura Davies, the 2010 champion, ended a stroke further back in seventh. Second-round co-leader Bree Arthur from Australia struggled on the greens and recorded a final round 80 to finish in a tie for 13th on one over. 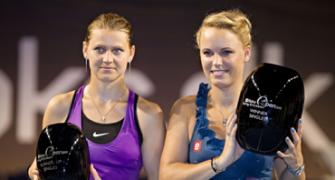 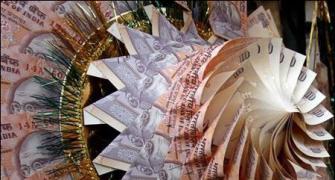 India Inc to give 11% salary hike to employees in FY13 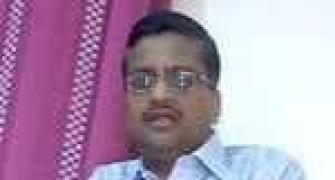 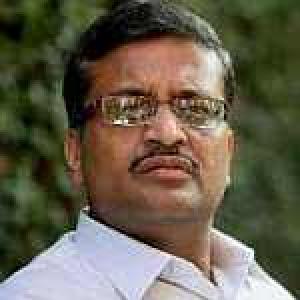