German fifth seed Alexander Zverev survived a stern test of nerve to reach his second Grand Slam semi-final this year with a 1-6, 7-6(5), 7-6(1), 6-3 victory over Croatian Borna Coric at the US Open on Tuesday.

After a slow start, Zverev raised his game and showed more poise in the crucial moments against the 27th seed to become the first German to reach the last four at the US Open since Boris Becker in 1995.

"I just started playing maybe a little bit more aggressive because if I would've played the way I played (at the start), it's not the level for a quarter-final match at a Grand Slam," said Zverev.

Coric made a flying start to his first career Grand Slam quarter-final match and needed only 24 minutes to wrap up the first set during which he took advantage of 12 unforced errors from a flat Zverev. 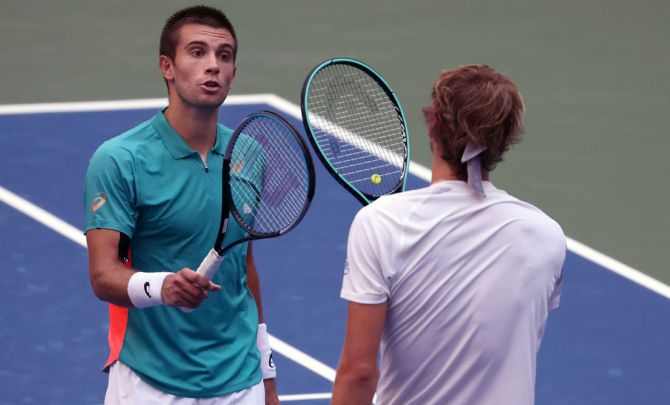 But the German showed plenty of fight in the second set as he came back from a break down and overcame four double-faults and 15 unforced errors to level the match by winning the tiebreak before unleashing an extended roar.

"I had to start playing better and I was a little bit more consistent then as well. My serve got better and I thought to myself 'I'm down 6-1 4-2, I have nothing to lose at the moment" said Zverev.

The fired-up German was put to the test again in a pressure-packed third set where, after trading early breaks with Coric, he twice had to serve to stay in the set before going on to cruise through another tiebreak. 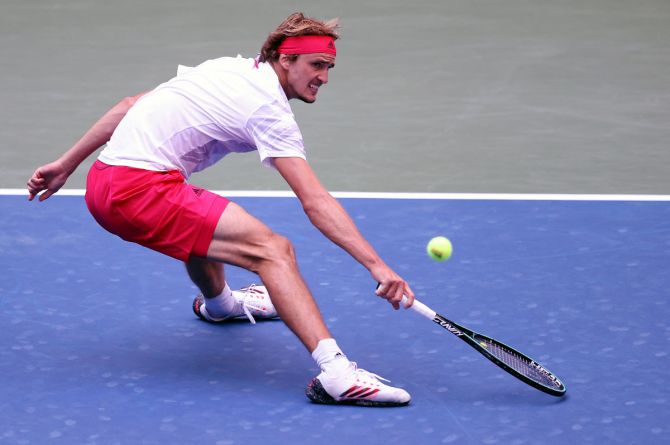 Trailing 5-6 15-30 in the third, Zverev came up with a potentially match-saving point when he raced to the net from deep in the court to slice a shot past his opponent.

"Obviously a huge point. But this is what I've been doing for the past six months, I've been in the gym, I've been on the track trying to get my speed up," said Zverev. "This is the moment where it pays off."

He opened the fourth set in emphatic fashion, sending a volley past Coric to take the opening game to love. Zverev then saved four break points in the fifth game for a 3-2 lead and broke for a 5-3 cushion that sent him on his way to victory. The 29-year-old Spaniard, the oldest of the men's quarter-finalists, had looked down and out when his Canadian opponent served him a bagel in the fourth set.

However, after getting some treatment to his lower back, 2017 semi-finalist Carreno Busta fought back gamely to seal the deciding set in a match that lasted over four hours.