PIX: Ibrahimovic in tears on return to Sweden squad IMAGE: Zlatan Ibrahimovic shed a few tears of pride as he returned to Sweden's national team after a four-year absence for their World Cup qualifiers. Photograph: Jonas Ekstromer/TT News Agency via Reuters

AC Milan's Zlatan Ibrahimovic shed a few tears of pride as he returned to Sweden's national team after a four-year absence for their World Cup qualifiers and recounted how his son did not want him to leave home to join up with Janne Andersson's squad.

The 39-year-old, who quit international football after Euro 2016, choked up when he was asked what his boys, Maximilian, 14, and 12-year-old Vincent, thought of his decision to answer his country's call again and return to the world stage.

"Vincent cried when I left him," Ibra told a news conference before shedding a few tears himself as he felt the emotion of returning to the national team set-up in his first meeting with the media since his recall alongside coach Andersson. Sweden's all-time top scorer, with 62 goals in 116 games, said in in a newspaper interview in late 2020 that he wanted to end his international exile and Andersson quickly flew to Milan to sort out the terms for the former captain's return.

"To play in the national team is the biggest thing you can do as a football player, and as I was following them (Sweden), inside me I was feeling I think I can help them, I think I can do something," Ibra told reporters. The striker was deferential towards coach Andersson, who he has clashed with in the past through the media.

"Obviously it's not up to me, what a player wants and what a coach wants, it has to go together," he said.

"I've got the opportunity now to play for my country and I do it with honour, but it's not only about that - it sounds like I'm only happy to be here ... but I'm here to get results, to bring results for the coach and my team mates and the whole country. As much as I talk here, if I don't bring results, here it means nothing," Ibrahimovic added.

Sweden host Georgia in their first 2022 World Cup qualifier on Thursday before visiting Kosovo three days later and rounding off with a friendly against Estonia. IMAGE: Robert Lewandowski, who last season won the German league and cup double plus the Champions League with Bayern Munich, received the Commander's Cross of the Order of Polonia Restituta from his country's President Andrzej Duda. Photograph: Sebastian Widmann/Getty Images

Lewandowski, who last season won the German league and cup double plus the Champions League with Bayern Munich, received the Commander's Cross of the Order of Polonia Restituta from his country's President Andrzej Duda.

The honour is conferred on military personnel and civilians for outstanding achievements in their fields. Lewandowski joins the first democratically elected president of Poland Lech Walesa and American President Dwight D. Eisenhower as a recipient.

"No matter how many trophies I have already won... right now my ambition is high and I don't want to rest on my success," Lewandowski said, after accepting the award.

Lewandowski and Hertha Berlin's Krzysztof Piatek play for German clubs, who could have stopped them going to England for the match as that may have meant they would miss games with the Bundesliga teams when they returned due to quarantine rules.

The Polish Football Association later confirmed that both players will be allowed to go to England.

© Copyright 2021 Reuters Limited. All rights reserved. Republication or redistribution of Reuters content, including by framing or similar means, is expressly prohibited without the prior written consent of Reuters. Reuters shall not be liable for any errors or delays in the content, or for any actions taken in reliance thereon.
Related News: Robert Lewandowski, Zlatan Ibrahimovic, Janne Andersson, Sweden, Andrzej Duda
SHARE THIS STORYCOMMENT
Print this article 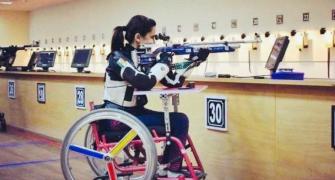 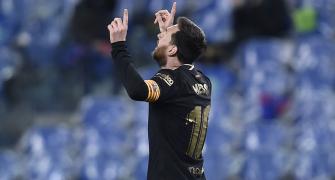