PIX: Women, kids take over Augusta National ahead of Masters 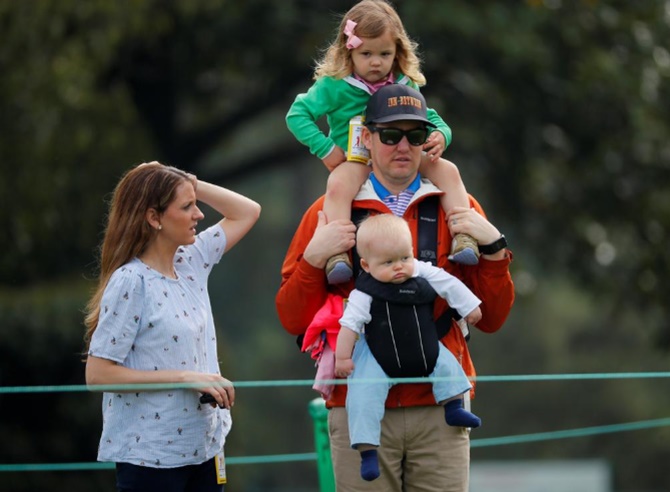 A day after Augusta National crowned a first women's champion it was Kid's Day at the home of the Masters on Sunday, one of world's most exclusive clubs taking on an amusement park vibe.

Once the private sanctuary for some of world's richest and most powerful men, Augusta National shed some of its stodgy old boy image during a 24-hour goodwill blitz.

First the club hosted the final round of the inaugural Augusta National Women's Amateur championship on Saturday and then on Sunday it was invaded by 80 boys and girls between the ages of seven and 15 for the Drive, Chip and Putt National Championship.

The images of women competing at a club where just seven years ago they had been denied membership and the sight of smiling kids cavorting and playing for trophies on the 18th green stand in stark contrast to Augusta National's darker days when neither seemed particularly welcome.

Founded by Bobby Jones and Clifford Roberts and opened for play in January 1933, Augusta National for decades was unmoved by outside forces and events.

But it seems even at Augusta National things are a changing. 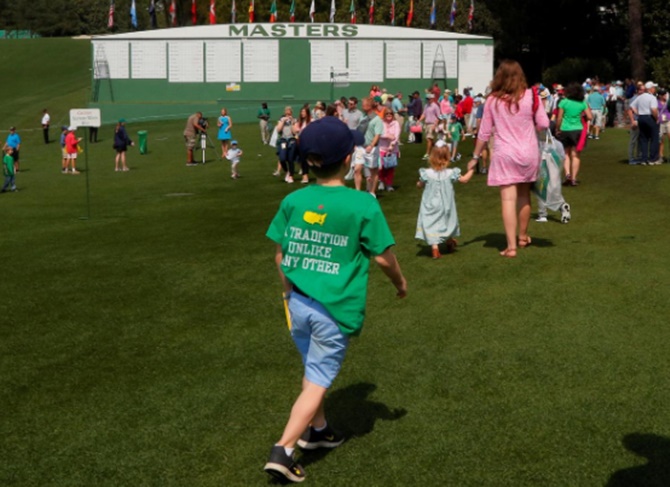 With Masters week set to kick off on Monday, there were few signs, aside from the presence of a few former champions in green jackets, that the year's first major was about to be contested as kids competed while others tumbled and cartwheeled down the fairway.

The rules that will be strictly enforced next week - when no running will be allowed on the manicured landscape - were relaxed as youngsters playfully scurried around, with security personnel turning a blind eye.

"Everything seems to have evolved around here -- in a good way," Canadian Mike Weir, who will be making his 20th Masters start this year and won the Green Jacket in 2003, told Reuters.

"Sure, (it is) very different.

"This event the Drive, Chip and Putt has been going on a number of years so it is really cool to see the excitement on the kids' faces.

"I wasn't here yesterday but I did get to see a little bit of it and it looked like a great event. The young ladies really seemed very excited to be here and quite a finish as well."

Jennifer Kupcho's four-shot victory over Maria Fassi on a course where women had never played a competitive round before Saturday was widely lauded as a watershed moment for women's golf.

The hope behind the Augusta National Women's Amateur is that it will inspire young players and one didn't have to look far on Sunday to see an immediate impact.

"It is so amazing, just the history of this place where there were no girls allowed and now there is a tournament for women," said Mia Cepeda, who competed in the girls 12-13 division of the Drive, Chip and Putt. "It is definitely one of my goals.

"This is one thing but to actually play on the course would be just so super cool."