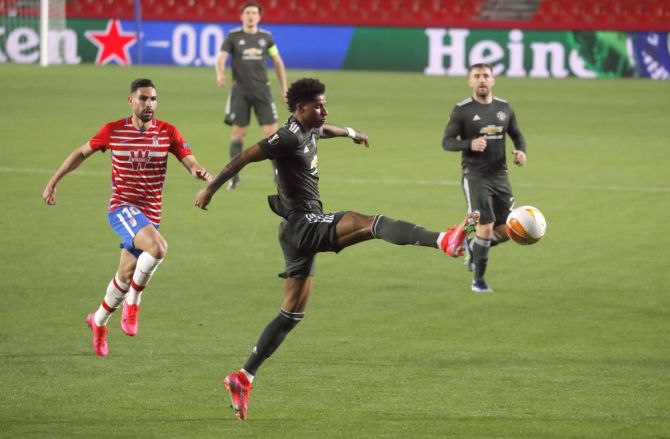 Manchester United's Marcus Rashford and Bruno Fernandes secured a hard-fought 2-0 victory at Granada in the Europa League quarter-final first leg to put their side in the driving seat.

In a game where clear-cut chances were sparse, the highlight of a dull opening quarter came when a streaker somehow managed to find his way onto the pitch, despite crowds not being allowed to attend the match due to COVID-19 protocols.

Rashford's goal just past the half hour was the game's standout piece of quality.

Victor Lindelof strode out of defence and his long ball was perfectly weighted into the path of the England forward, who controlled well before coolly finishing to put United ahead and notch up his 20th goal of the season in all competitions.

Granada fought for a way back into what was billed as the biggest match in their recent history, with Chelsea loanee Kenedy testing David de Gea from range before Yangel Herrera - on loan from Manchester City - hit the post with a volley.

In a cagey second-half, Fernandes was denied from close range by a save from Portuguese countryman Rui Silva late on before the midfielder netted United's second with a stoppage-time penalty after being felled by substitute Yan Brice Eteki.

"Marcus took his goal really well and Bruno put his penalty away at the end. We always knew it was going to be tough. We had to play our football, which is where the first goal came from. Obviously the second goal gives us a good platform."

"Today’s a great win. We need to go into next week with the same attitude as today."

United will be without suspended club captain Harry Maguire, as well as Luke Shaw and Scott McTominay for the return leg after the trio were booked.

The winners of the tie will face the victors in Ajax Amsterdam's clash with AS Roma in which the Italians hold a 2-1 lead from their first away leg which was also played on Thursday. 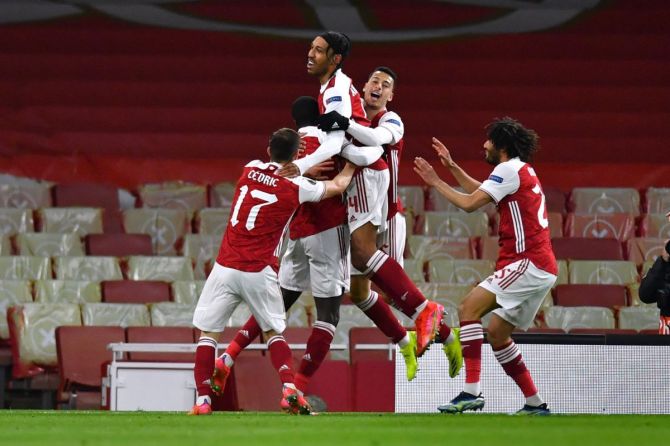 Slavia Prague boosted their hopes of a first European semi-final since 1996 as Tomas Holes headed a stoppage-time equaliser in a 1-1 draw at Arsenal in the first leg of their Europa League quarter-final on Thursday.

It looked as though substitute Nicolas Pepe's 86th-minute effort had given the hosts a narrow advantage to take to the Czech Republic for next week's second leg.

But defender Holes forced a header past Bernd Leno from a corner in the 93rd minute to deflate Arsenal and keep the tie balanced on a knife edge.

An often subdued game was punctuated by good chances for both sides with Arsenal guilty of wasteful finishing.

Bukayo Saka curled an effort wide in the first half while Willian and Alexandre Lacazette were both denied by the woodwork for Mikel Arteta's side after the break.

Slavia, who have beaten Leicester City and Rangers en route to the quarter-finals, had their moments too and substitute Petr Sevcik squandered a good chance to put them ahead while Lukas Provod had a shot turned against the woodwork seconds before Holes pounced to equalise.

It was a disappointing night for Arsenal whose season rests on going all the way in the Europa League.

Although they created plenty of chances, they looked fragile and lacked intensity until captain Pierre-Emerick Aubameyang, surprisingly left on the bench, and Pepe came on.

Arteta, who said he was shocked by his side's meek defeat by Liverpool at the weekend, looked aghast at the final whistle.

"The game was under control, we got the goal that we wanted, but then we played two or three balls in areas that we should not do and we put ourselves on the back foot," he said.

Roma come from behind to win at Ajax 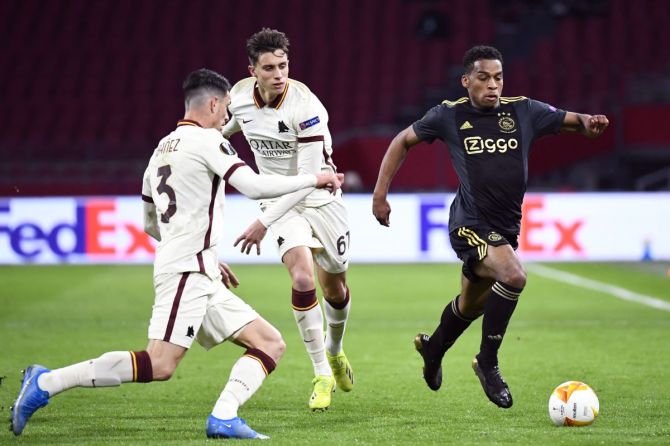 Roger Ibanez crashed home a spectacular volley two minutes from time to give AS Roma a come-from-behind 2-1 away win over Ajax Amsterdam in their Europa League quarter-final first leg on Thursday.

A missed penalty and a bad goalkeeping error cost Ajax dearly as they lost a halftime lead and now face a tough task in next Thursday’s return leg in Rome.

The home team went ahead from Davy Klaassen’s goal six minutes before halftime and should have doubled the lead soon after the break but Dusan Tadic's penalty was saved.

Lorenzo Pellegrini equalised with a 57th-minute free kick, which slipped through the hands of Ajax’s 21-year-old back-up goalkeeper Kjell Scherpen.

Ibanez secured the last-gasp win as he chested down a poorly cleared corner before slamming the ball home from close range to end a 24-match unbeaten run for the Dutch side.

Roma showed more early intent as Bryan Cristante‘s long- range effort swerved dangerously and produced a full stretch save from Scherpen, deputising for veteran Maarten Stelekenburg who missed out on playing against his old club because of injury.

Cristante shot over the crossbar from much closer at the end of an elaborate free kick routine but it was Ajax who broke the deadlock in the 39th minute, from a move that began in their own half.

A series of swift passes put them on the edge of the Roma penalty box and when defender Gianluca Mancini backed off, it allowed Klaassen time to play a one-two with Tadic before sweeping home from close range.

Antony miscued from a similar distance when another Tadic pass presented the young Brazilian forward with an ideal opportunity to double the home team’s lead.

Tadic was bundled over by Ibanez and got up to take the 52nd-minute penalty but hit the ball at a comfortable height for Roma goalkeeper Pau Lopez to parry away.

"I should have scored it but we had more chances after that we did not take. Football is sometimes good to you and sometimes not," Tadic told Dutch television.

Roma took full advantage of the let-off to equalise five minutes later as Pellegrini’s free kick squirmed out of Scherpen’s grasp for a soft goal.

Lopez made another excellent stop to deny substitute Brian Brobbey in the 69th minute and tipped Antony’s volleyed effort over the top before Ibanez’s late heroics put the Serie A side in control of the tie.

"In the second half we played well and we fought all together, like a strong team with a great mentality. A very important victory," said Roma forward Pedro, a Europa League winner with Chelsea.

Villarreal took a big step towards reaching the Europa League last four after a 44th-minute penalty from forward Gerard Moreno gave them a 1-0 win at Dinamo Zagreb in their quarter-final first leg on Thursday.

The Spanish side will head into the return leg as favourites and should they advance, they will face either Arsenal or Slavia Prague for a berth in the May 26 final in Gdansk.

"It was a tough game against a side full of talent who has just knocked Spurs out," he said.

"We played a good game, adjusting ourselves up top and not allowing ourselves to be exposed on the counter, either. We need to be prudent - it's just 90 minutes that we have won, there's still the second leg to come."

Dinamo staged a major upset to reach the last eight with a 3-2 aggregate win over Tottenham Hotspur but never looked like repeating a stunning 3-0 second-leg victory over the Premier League side as they lacked cutting edge.

Mislav Orsic, who bagged a hat-trick against Spurs, had the ball in the back of Villarreal's net in the 26th minute but his effort was disallowed for offside and that was the closest Dinamo came to scoring.

The visitors always looked more likely to break the deadlock and Moreno sent goalkeeper Dominik Livakovic the wrong way with a coolly taken spot-kick after Kevin Teophile-Catherine handled his cross.

A deflected shot by Manuel Trigueros drew a fingertip save from Livakovic as the visitors found gaps in Dinamo's half with the home side throwing men forward in the closing stages.

© Copyright 2021 Reuters Limited. All rights reserved. Republication or redistribution of Reuters content, including by framing or similar means, is expressly prohibited without the prior written consent of Reuters. Reuters shall not be liable for any errors or delays in the content, or for any actions taken in reliance thereon.
Related News: Europa League, Manchester United, Villarreal, Roger Ibanez, AS Roma
SHARE THIS STORYCOMMENT
Print this article 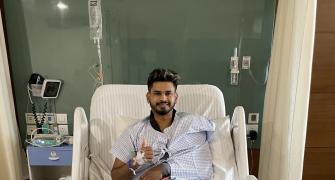 Determined Shreyas vows to return 'in no time' 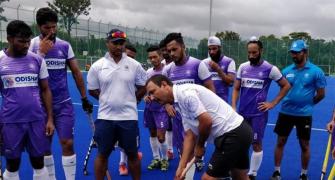 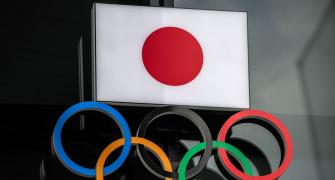 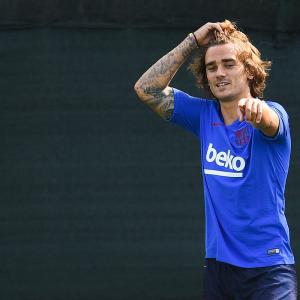 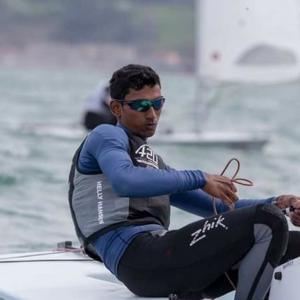