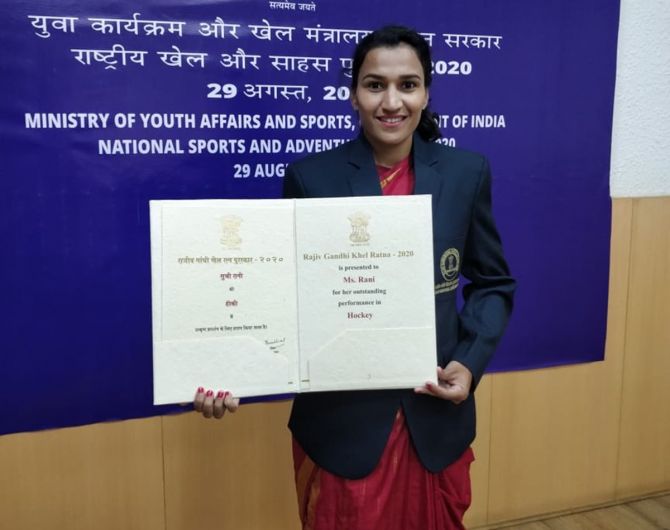 India's sporting heroes were bestowed the annual national awards in an unparalleled online ceremony amid the COVID-19 pandemic during which athletes logged in from multiple cities to be honoured by President Ram Nath Kovind on Saturday.

This year a whopping 74 winners were picked for the national honours, including an unprecedented five Rajiv Gandhi Khel Ratnas and 27 Arjuna awardees. Of these, 60 attended the virtual ceremony conducted across 11 Sports Authority of India (SAI) centres in various cities. Cricketers Rohit Sharma (Khel Ratna) and Ishant Sharma (Arjuna) missed out due to their IPL commitments in the UAE, while star wrestler Vinesh Phogat (Khel Ratna) and badminton player Satwiksairaj Rankireddy (Arjuna) had to pull out of the ceremony after testing positive for the dreaded virus. 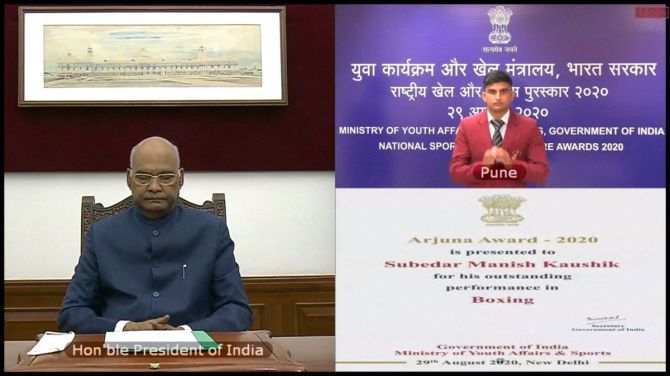 While Batra logged in from Pune, Thangavelu and Rampal joined from Bengaluru. 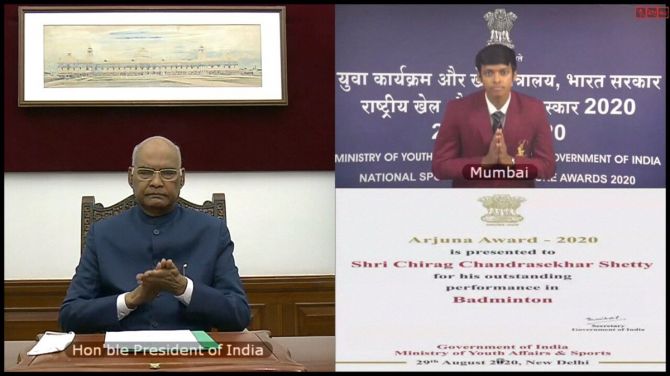 President Kovind applauded as names of the attending awardees were called out and their achievements were cited as is the convention. Missing, however, was the grandeur of the Rashtrapati Bhavan's Durbar Hall.

"This is the first awards ceremony in COVID times during which the President has participated," Sports Minister Kiren Rijiju said at the beginning of the ceremony. 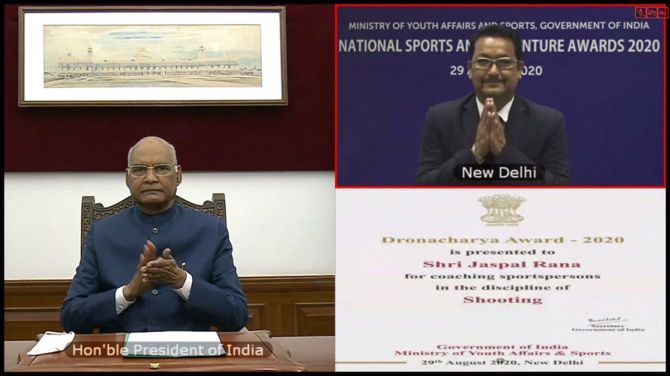 The athletes can look forward to enhanced cash awards this year. The prize money for the Khel Ratna was increased to Rs 25 lakh from the previous amount of Rs 7.5 lakh this morning.

Arjuna awardees, 22 of who attended the ceremony, were given Rs 15 lakh, which is Rs 10 lakh more than the previous sum. 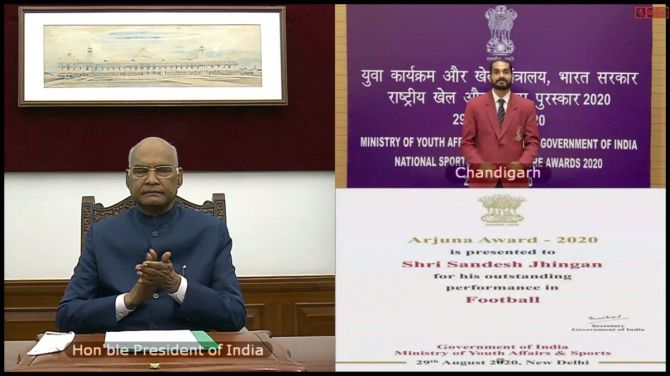 The Dhronacharya (Lifetime) awardees, who were earlier given Rs 5 lakh, were awarded Rs 15 lakh, while the regular Dhronacharya came with Rs 10 lakh instead of Rs 5 lakh per awardee.

Dhyanchand Awardees were given Rs 10 lakh instead of Rs 5 lakh. 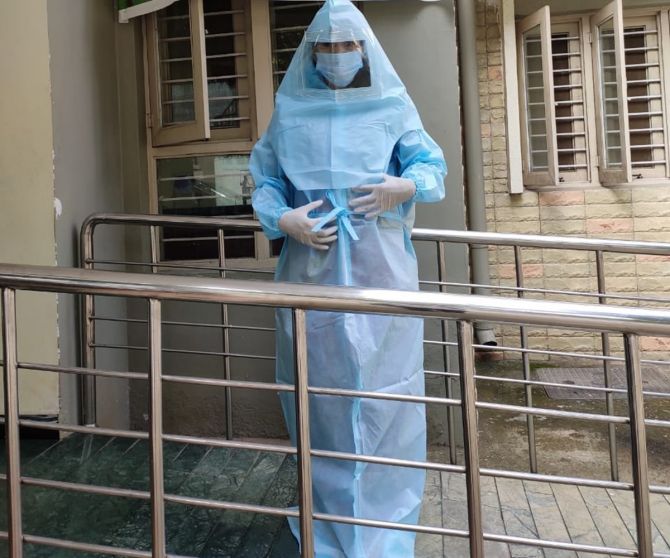 The strict COVID-19 protocol meant that for the first time in 44 years' history of the awards, the winners, guests and dignitaries did not gather at the Durbar Hall to be recognised for their excellence.

President Kovind congratulated all the winners and exuded confidence that India can achieve its goal of finishing among top-10 countries in the 2028 Los Angeles Olympics.

"My heartiest congratulations to all the award winners! All of you, through your performance, have provided unforgettable moments of collective success to all Indians," Kovind said in his address during the ceremony, which lasted little more than hour.

"I am confident that with the collective efforts made on the strength of everyone's participation, India will emerge as a sporting superpower.

"Our goal is to be in the top-10 podium finisher countries in the 2028 Olympic Games. We will definitely achieve this goal."

Kovind said India needs to develop a sporting culture and everyone should work towards achieving that.

He said the entire sporting world has been affected by the pandemic, but hoped athletes will come out stronger from this experience.

"COVID-19 also has a huge impact on the sports world. Olympic Games have been postponed...In our country too, all sports activities have been affected. Players and coaches may be less motivated by practice and competition stops," he said.

"I believe that the people of sports will come out of this test with more mental strength and will create new history of achievements."

The Dronacharya award in the life-time category was bestowed on eight coaches, the prominent among them being archery coach Dharmendra Tiwary, Naresh Kumar (tennis), Shiv Singh (boxing) and Romesh Pathania (hockey).

In regular category, there were five recipients of the Dronacharya, including hockey coach Jude Felix and shooting coach Jaspal Rana among others.

In a tragic turn of events of Friday, a Dronacharya (Lifetime) winner, athletics coach Purushottam Rai, died in Bengaluru after suffering a heart attack.

The Dhyan Chand award this year was given to 15 individuals, including Sukhvinder Singh Sandhu (football), Trupti Murgunde (badminton) and Nandan Bal (tennis) among others.

Golfer Aditi Ashok and former footballer Sukhwinder Singh Sandhu did not attend the award function as they are out of the country.

All health and safety protocols, keeping with the guidelines of the Health Ministry, were followed at the venues where dignitaries and awardees were present.

In fact, awardees were seen clad in PPE kits as they made their way to the ceremony venues.

As per the direction of the Sports Ministry, every award winner had to undergo a COVID-19 test before reporting to the ceremony venue.