Romanian Irina-Camelia Begu was lucky to escape a default for bouncing her racket into the crowd on Thursday before going on to beat 30th seed Ekaterina Alexandrova at the French Open and advance to the third round.

The 31-year-old Begu, ranked 63rd in the world, threw her racket down in frustration after falling down a break in the deciding third set and it bounced off her seating area into the courtside seats on Court 13 at Roland Garros.

The racket did not seem to hit anyone but caused a child to cry loudly with play halted as the chair umpire called on the supervisor to intervene.

Begu was, however, let off with a code violation for unsportsmanlike conduct and did not let the incident affect her play as she beat Russian Alexandrova 6-7(3), 6-3, 6-4 to book a meeting against French wildcard Leolia Jeanjean.

The Romanian appeared to be in remorse immediately following the incident and after completing the victory she hugged and consoled the child and picked him up to pose for pictures. 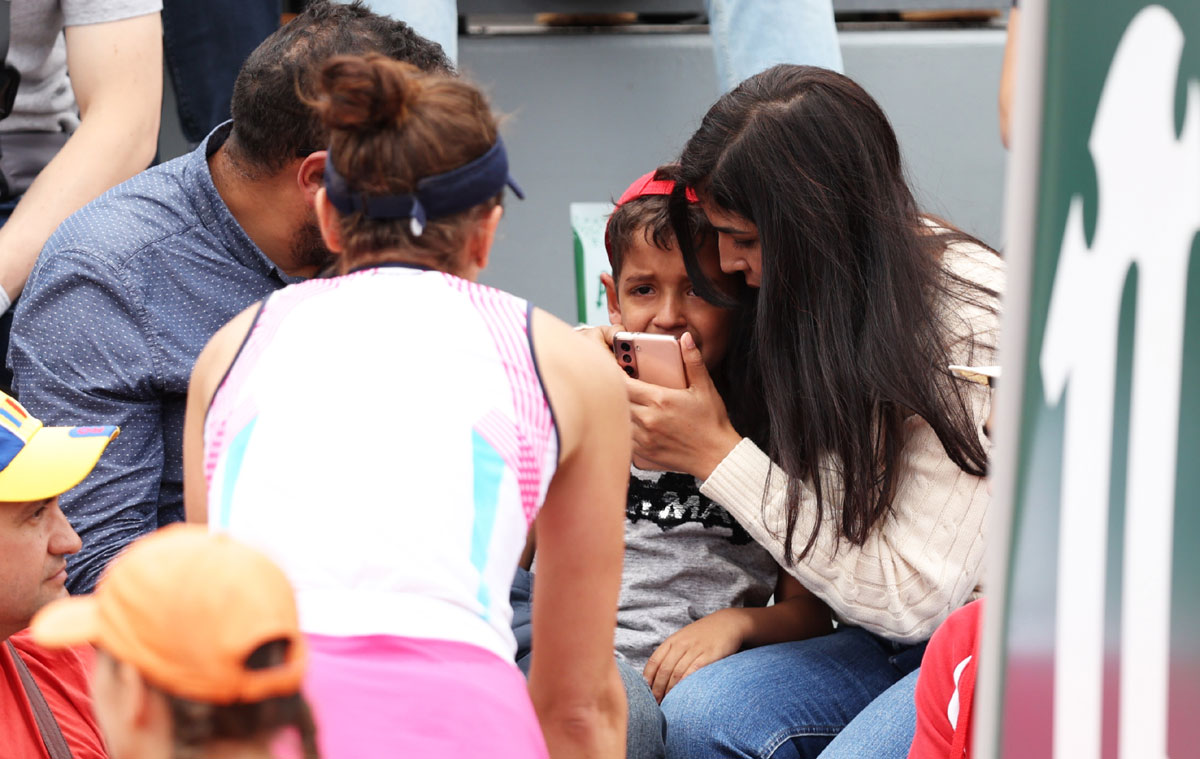 IMAGE: Irina-Camelia Begu checks on a child, who cried loudly after the Romanian player bounced her racket into the crowd during the second round match on Day 5 of the 2022 French Open at Roland Garros in Paris on ThursdayPhotograph: Clive Brunskill/Getty Images 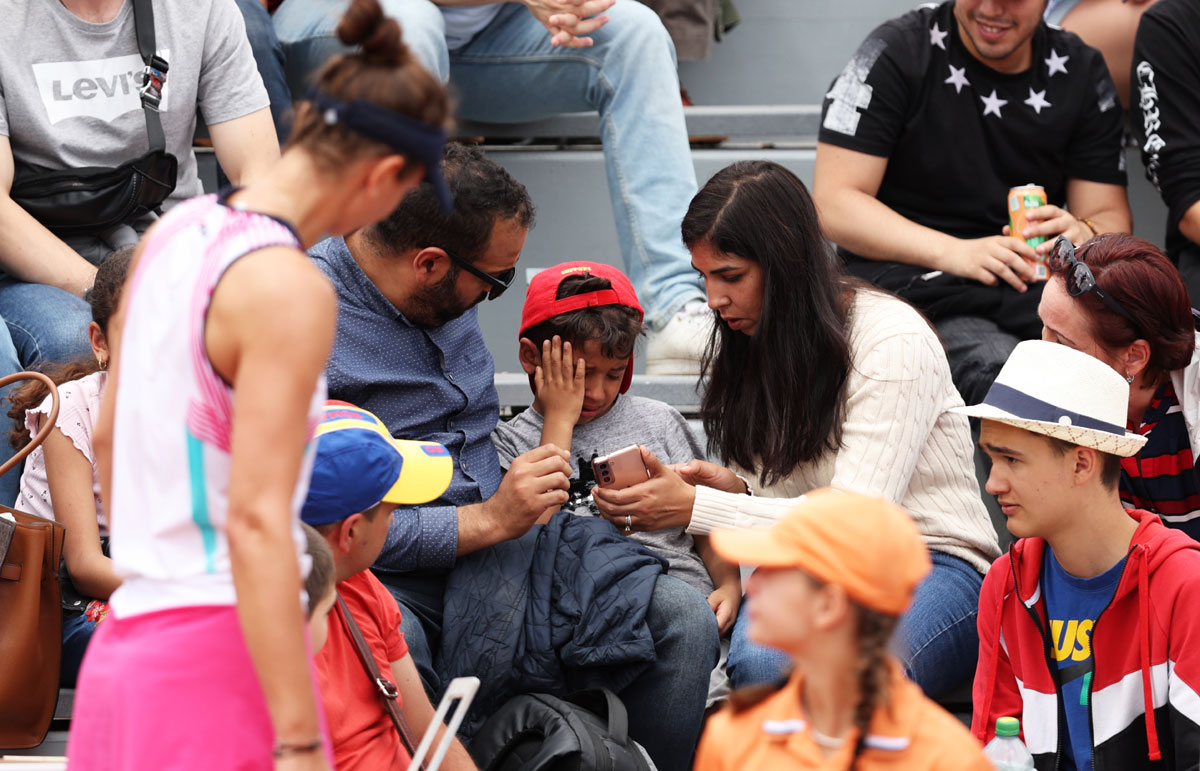 IMAGE: Begu threw her racket down in frustration after falling down a break in the deciding third set.Photograph: Clive Brunskill/Getty Images IMAGE: Begu was let off with a code violation for unsportsmanlike conduct.Photograph: Clive Brunskill/Getty Images 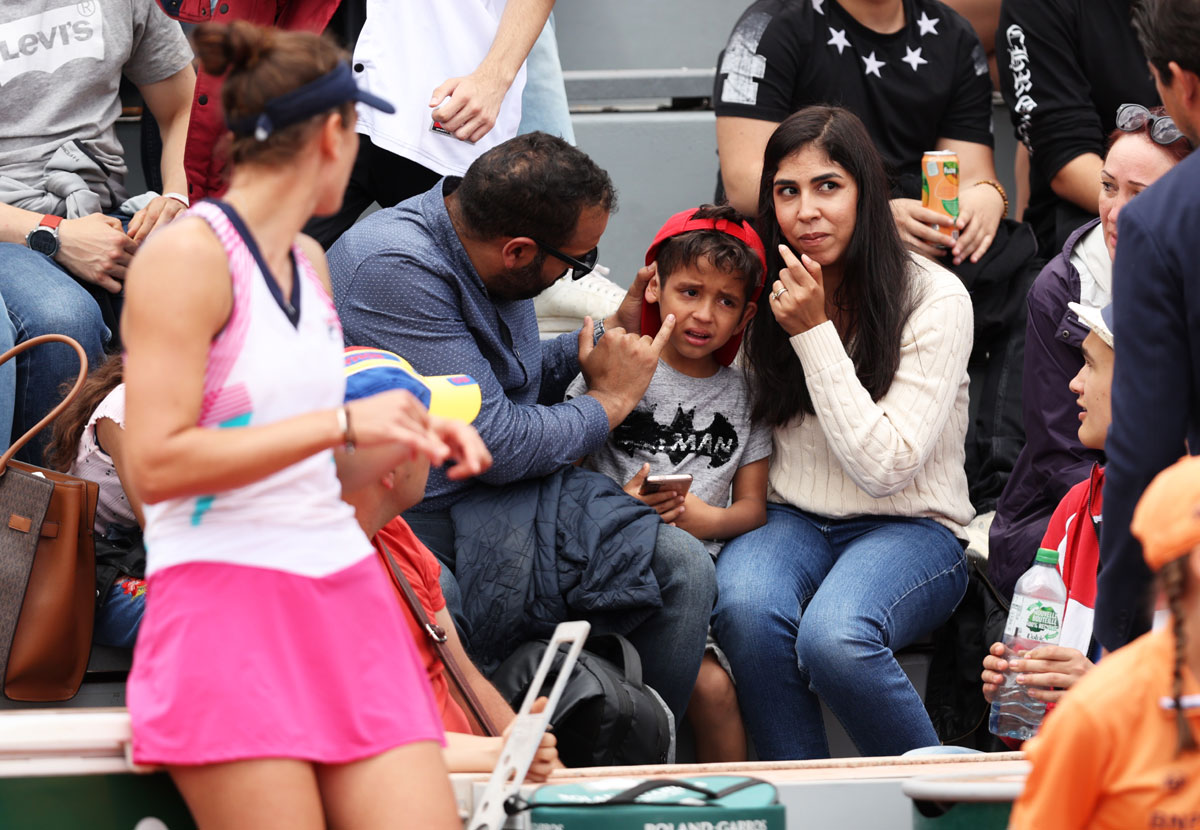 IMAGE: After winning the second round match, Begu hugged and consoled the child and picked him up to pose for pictures.Photograph: Clive Brunskill/Getty Images