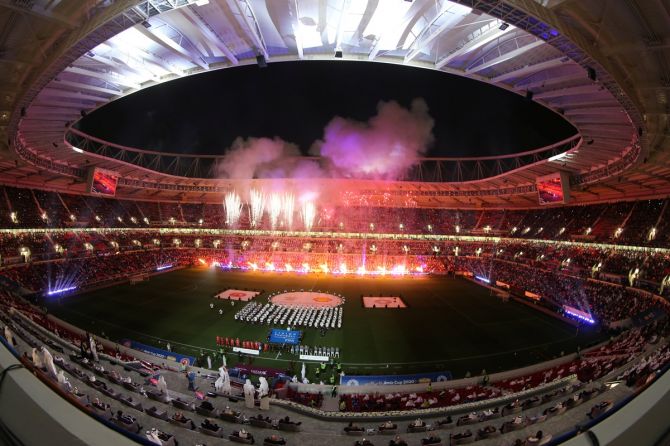 IMAGE: A bird's eye view of the Al Rayyan Stadium in Qatar. The 40,000-capacity venue will host seven World Cup matches up to the round of 16. Photograph: Ibraheem Al Omari/Reuters

Qatar inaugurated the fourth of eight 2022 World Cup venues, the Al Rayyan Stadium, when the country hosted the Amir Cup final between Al-Sadd and Al-Arabi on Friday.

"It is a wonderful football stadium," FIFA President Gianni Infantino said in a statement.

"The atmosphere is incredible, with the seats extremely close to the pitch... I am sure this will be a perfect football arena in 2022 when it hosts matches during the World Cup.

"The country is very well-prepared for the next FIFA World Cup and on track to host a memorable instalment of the tournament – the first in the Middle East and the Arab world." 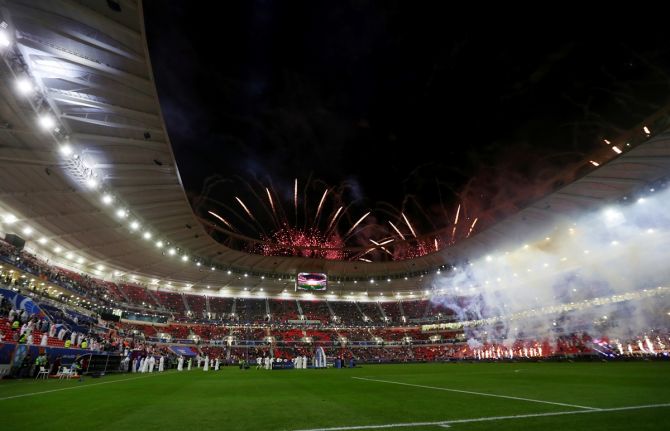 The Amir Cup final's date coincided with Qatar National Day and the country is scheduled to host the 2022 World Cup final in exactly two years' time.

The 40,000-capacity venue will host seven World Cup matches up to the round of 16.

After the World Cup, the precinct surrounding Al Rayyan, which includes six training pitches, will be transformed into a regional sporting hub for the local community.

Khalifa International, Al Janoub and Education City are the other three World Cup venues which have already been unveiled.

© Copyright 2021 Reuters Limited. All rights reserved. Republication or redistribution of Reuters content, including by framing or similar means, is expressly prohibited without the prior written consent of Reuters. Reuters shall not be liable for any errors or delays in the content, or for any actions taken in reliance thereon.
Related News: FIFA, Al Rayyan, Al-Arabi, Ibraheem Al, IMAGE
SHARE THIS STORYCOMMENT
Print this article 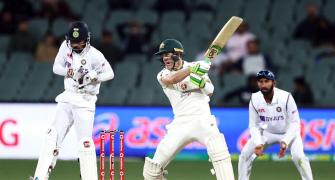 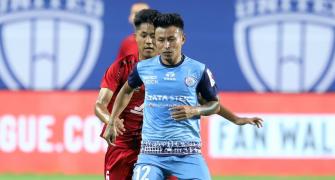 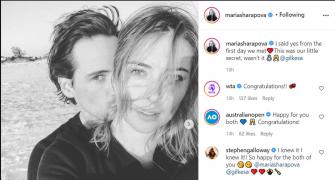 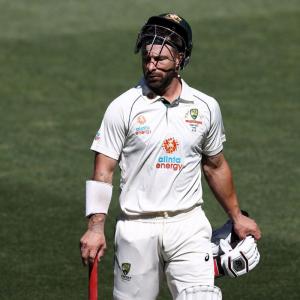 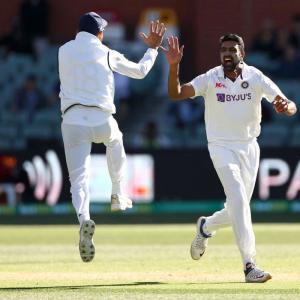