Manchester City made it five wins out of five in the Premier League and Cristiano Ronaldo scored five goals for Real Madrid but Chelsea and Juventus continued to struggle at the weekend as the Champions League looms. 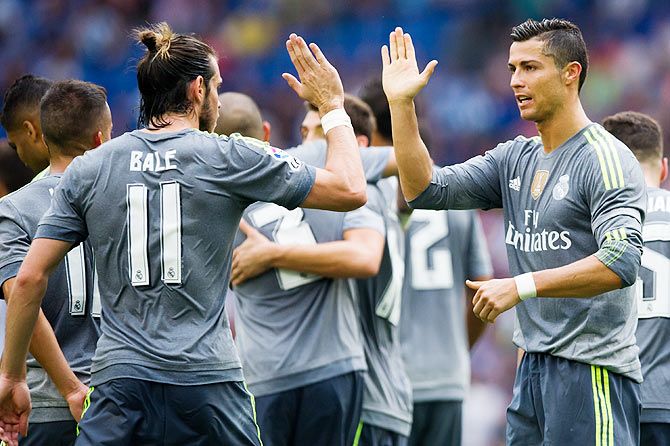 Lionel Messi came off the bench to earn champions Barcelona a 2-1 victory at Atletico Madrid on Saturday, when Cristiano Ronaldo hit five goals in a 6-0 romp at Espanyol to become Real Madrid's record La Liga scorer.

Barca's victory preserved their perfect start to the season and they lead on a maximum nine points from three matches.

Real, who have yet to concede a goal, have seven points in second place after Ronaldo took his tally in Spain's top flight to 230, overtaking former Real striker Raul's total of 228.

Villarreal and Celta Vigo also have seven points after Villarreal won 3-1 at Granada and Celta squandered a 3-1 advantage to draw 3-3 at home to 10-man Las Palmas on Sunday.

Villarreal and Celta were joined on seven points by Basque club Eibar, who missed a chance to make it three wins out of three when they drew 0-0 at Malaga. 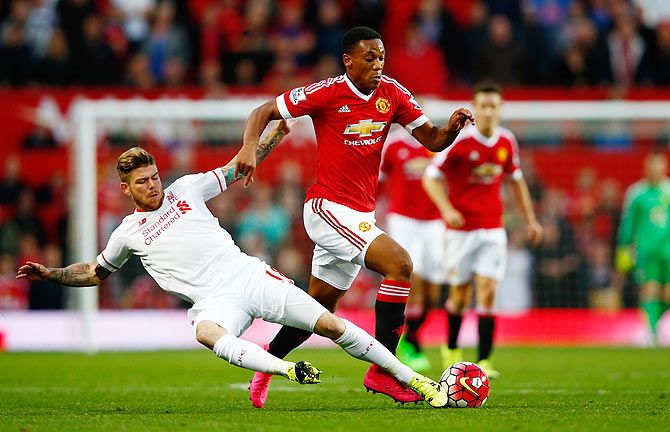 A last-minute goal by substitute Kelechi Iheanacho earned Manchester City a 1-0 win at Crystal Palace to maintain their 100 percent start to the campaign but defending champions Chelsea's nightmare start continued.

City have 15 points, four more than LeicesterCity, who came back from two goals down to beat Aston Villa 3-2 on Sunday.

Manchester United beat Liverpool 3-1 to end the weekend in third spot -- Anthony Martial scoring his first goal for the club. Chelsea went down 3-1 at Everton and have just four points on the board.

Arsenal are fourth following a 2-0 win over StokeCity. 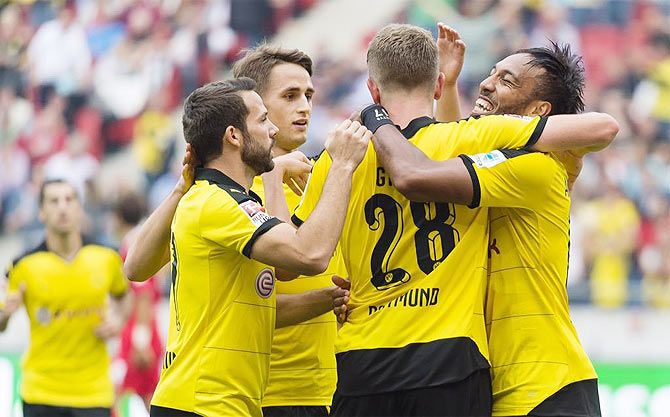 Borussia Dortmund set a club record with a ninth straight win in all competitions when they beat Hanover 96 4-2 with two goals from Pierre-Emerick Aubameyang to stay top of the Bundesliga.

The fourth straight win in the league kept them ahead on goal difference of champions Bayern Munich, who needed a controversial late penalty to edge past Augsburg and keep their 100 percent record intact.

Referee Knut Kircher conceded after the game that he had made a mistake when he ruled Bayern winger Douglas Costa was fouled but Thomas Mueller made the most of it with his penalty to see Bayern also on the maximum 12 points.

VfL Wolfsburg dropped four points off the pace in third after a goalless draw at promoted Ingolstadt. 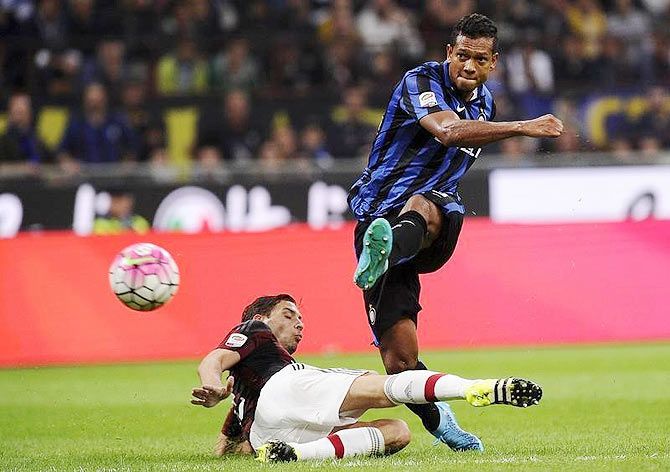 IMAGE: Inter Milan's Fredy Guarin (right) shoots to score during the Italian Serie A match against Inter Milan at the San Siro stadium in Milan, on Sunday. Photograph: Giorgio Perottino/Reuters

Inter Milan are the only team with nine points from three games after Fredy Guarin's second-half strike gave them a 1-0 win over struggling neighbours AC Milan at San Siro.

Titleholders Juventus continued their poor start when they needed a late penalty, converted by Paulo Dybala, to draw 1-1 at home with Chievo, their first point of the campaign. 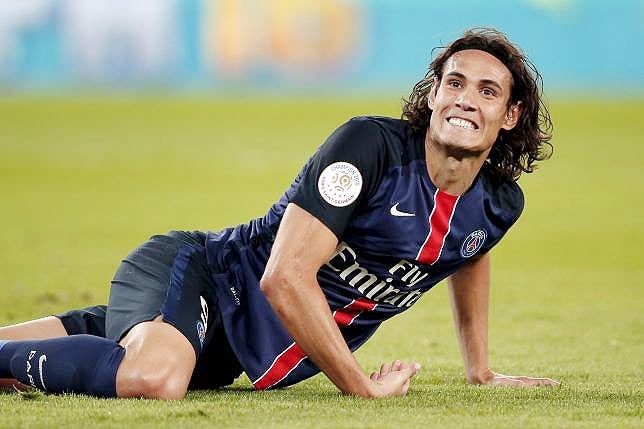 Champions Paris St Germain dropped their first Ligue 1 points of the season on Friday when they were held to a 2-2 home draw by Girondins Bordeaux.

Stade Rennes are a point behind in second place after a 2-0 win over nine-man Nantes on Sunday -- Georges Ntep and Giovanni Sio scoring in the second half.

© Copyright 2021 Reuters Limited. All rights reserved. Republication or redistribution of Reuters content, including by framing or similar means, is expressly prohibited without the prior written consent of Reuters. Reuters shall not be liable for any errors or delays in the content, or for any actions taken in reliance thereon.
Related News: Villarreal, Cristiano Ronaldo, IMAGE, Chelsea, Manchester City
COMMENT
Print this article