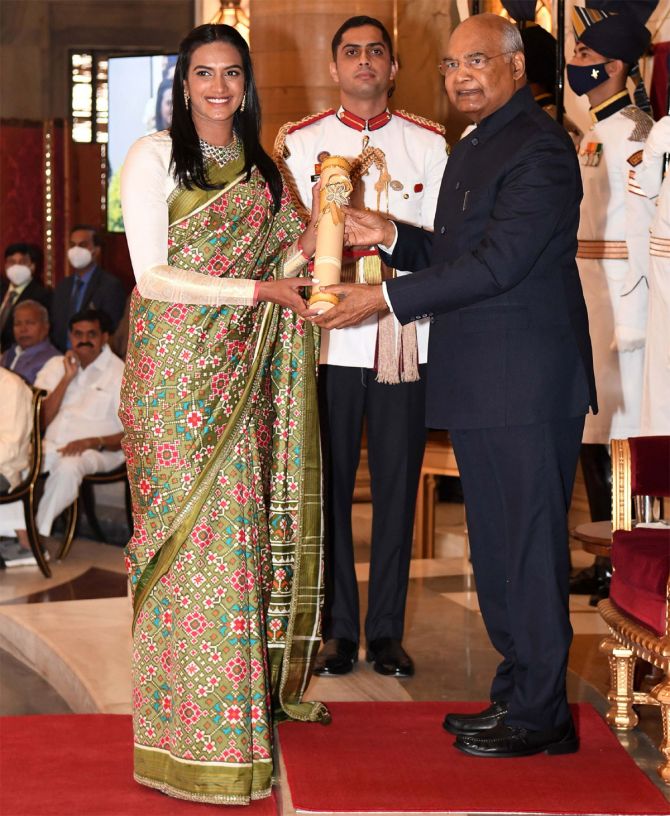 Sindhu has already been the recipient of Padma Shri in 2015, India's fourth-highest civilian award and Khel Ratna award in 2016. The badminton ace created history as she became the first woman from India to win two Olympic medals, when she won the bronze medal at the Tokyo Games earlier this year.

"It is a proud moment. I am very thankful to the Government of India, all of the ministers and President sir for giving me this award. I am very very happy, these kinds of awards give us a lot of encouragement, support and motivation to do much better in the coming future," PV Sindhu said after receiving the Padma Bhushan award. Archer Tarundeep said that being conferred with Padma Shri is a big honour for him and he will strive to maintain the sanctity of the particular accolade.

"I want to thank the Government of India and the entire archery fraternity. I will strive to maintain the sanctity of this award and I will perform my role fully. It is a big honour and some legends of the sport were given this honour earlier. Archery has undergone many changes, I am sure more and more people will take up the sport," Tarundeep said. 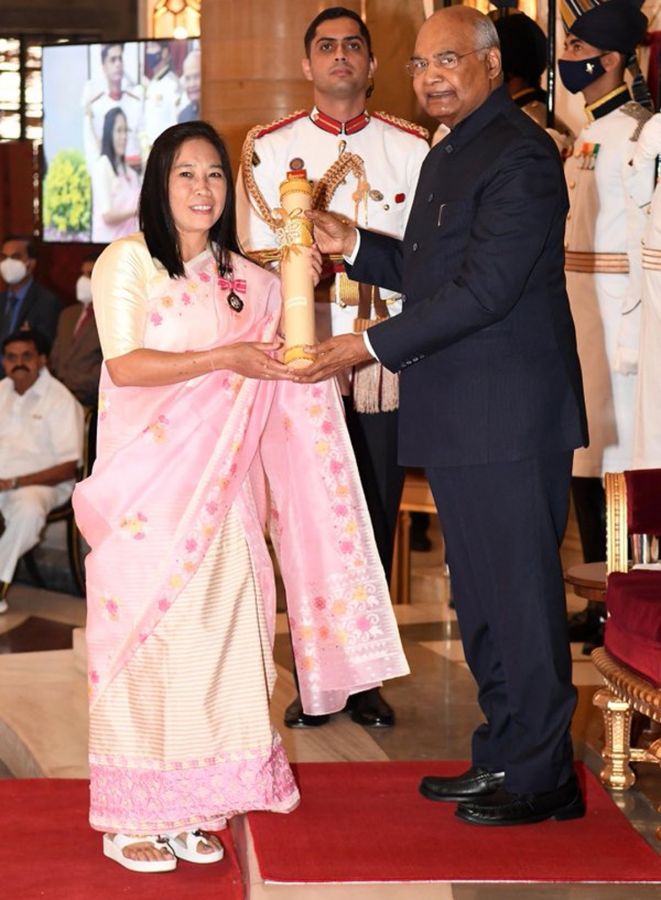 IMAGE: Former India women's football captain Bembem Devi is conferred with the Padma Shri by President Ram Nath Kovind.
© Copyright 2022 PTI. All rights reserved. Republication or redistribution of PTI content, including by framing or similar means, is expressly prohibited without the prior written consent.