US Open: Azarenka knocks out Serena; faces Osaka in final 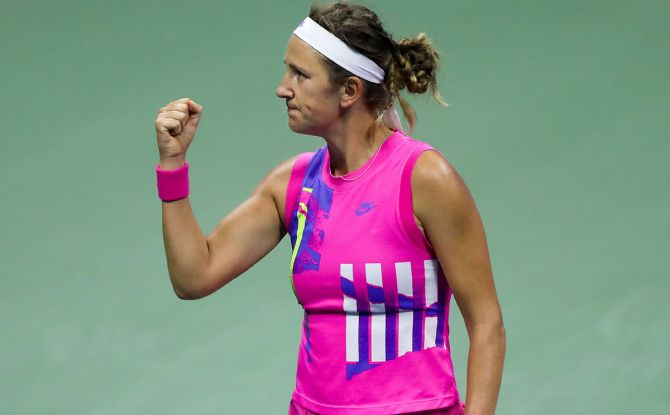 IMAGE: Victoria Azarenka reacts after winning a point during her semi-final match against Serena Williams of the US on Day 11 of the 2020 US Open, in New York, on Thursday. Photograph: Al Bello/Getty Images

Victoria Azarenka stunned Serena Williams 1-6, 6-3, 6-3 in the semi-finals of the US Open on Thursday, denying the American the chance of winning a record-equalling 24th Grand Slam singles title on home soil this year.

Azarenka will play Japan's Naomi Osaka on Saturday in her third final at Flushing Meadows, having lost the previous two to Williams in 2012 and 2013.

Azarenka said her mental game had been crucial in beating the 38-year-old Williams, who needed a medical timeout to have her left ankle re-taped in the third set due to Achilles trouble.

"I have been working on finding a calm mind and keep the body going," the Belarusian said in an on-court interview. "She dug me in a big hole in the first set. I needed to find energy to climb out of the hole and it wasn't easy." 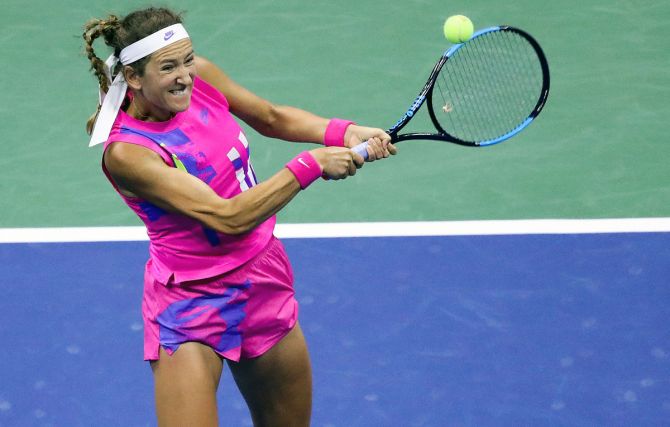 Williams, who has been stuck on 23 Grand Slam titles since winning the 2017 Australian Open, said the defeat was "obviously disappointing".

"I feel like other times I've been close and I could have done better. Today I felt like I gave a lot."

Six-times US Open champion Williams came out firing winners from all sides of the Arthur Ashe Stadium court while Azarenka struggled with her serve, committing four double faults in the first set and winning just six of 15 first-serve points.

She also had 10 unforced errors and appeared increasingly frustrated, with a mic catching her muttering a pair of expletives at herself before Williams took a 4-1 lead. 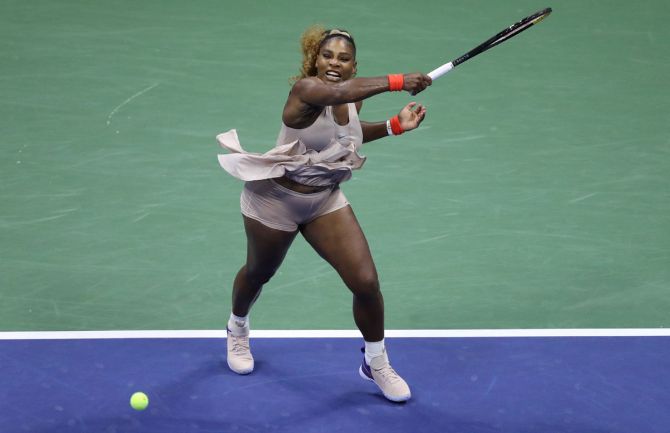 Williams wrapped up the opening set in little more than half an hour but Azarenka seized momentum in the second frame, breaking the third seed's serve with a pair of backhand winners from the baseline to take a 3-2 lead.

Playing her first Grand Slam semi-final in seven years, Azarenka got the better of Williams in some explosive exchanges of power-hitting while her serve also saw major improvement.

The 31-year-old took the set to force a decider after winning nearly 75% of her first-serve points and committing just one unforced error.

The twice Australian Open champion kept up the pressure in the third set and looked to be in a deep meditative state as Williams had her ankle taped, not even reacting as an insect landed on the bridge of her nose as she waited to resume the match.

Azarenka then sealed her place in the final with an ace. Two-times Grand Slam champion Naomi Osaka reached the US Open final for the second time in her career with a thrilling 7-6(1), 3-6, 6-3 victory over American hope Jennifer Brady on Thursday.

Brady arrived at her first Grand Slam semi-final without having dropped a set in New York and did not show any nerves but Osaka's firepower allowed her to get by the 28th seed.

Fourth seed Osaka, who won the first of two consecutive Grand Slam titles two years ago in New York, fired 35 winners and had 17 unforced errors as steady rain pounded on the roof of an otherwise quiet Arthur Ashe Stadium.

Osaka will play either third seed Serena Williams or former world number one Victoria Azarenka of Belarus in the final.

"I really love the atmosphere even though there's sadly no people here," said Osaka. "This court really suits me well." 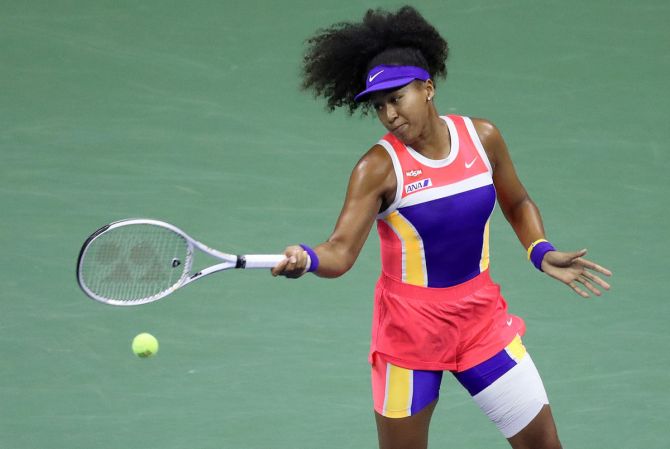 Osaka set the tone early when she served out to love to open the match but she soon learned she had a battle on her hands as a composed Brady came out swinging in a contest that featured just six break-point opportunities.

Japanese world number nine Osaka turned aside a break point while serving at 3-3 in the first stanza, held at love to get ahead 5-4 and then ran away in the tiebreak to close out a set in which she made just four unforced errors.

Brady, however, was not rattled and dropped only four points through her first four service games of the second set before securing the first break of the match for a 5-3 lead that she would consolidate to force a decider.

From there it was all Osaka, who built on an early break to lead 4-1 before going on to seal the match as Brady, whose previous best Grand Slam performances came in 2017 when she reached the fourth round in Melbourne and New York.

Osaka's victory sends her back to the Flushing Meadows final, where in 2018 she beat Williams in a match that saw the American become involved in a series of confrontations with the chair umpire.