PIX: Mourinho masterstroke pays off as Tottenham hit back to win

In Jose Mourinho's first two games in charge, Tottenham Hotspur have scored seven and conceded four, perhaps confounding those who said he would bring boring football to north London. 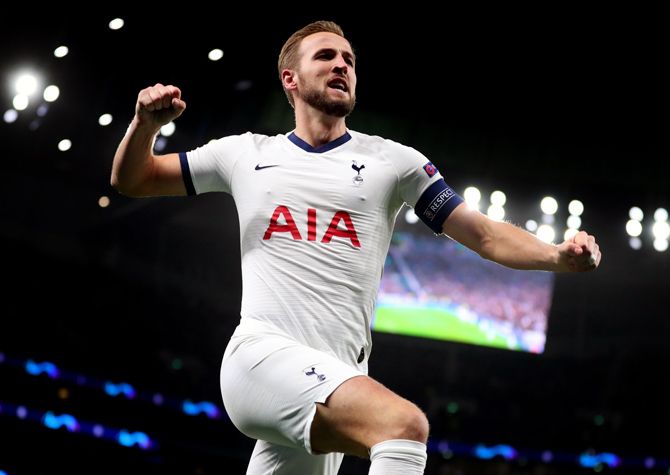 Eric Dier became the first Tottenham Hotspur player to discover Jose Mourinho's ruthless streak as the Portuguese manager's decision to haul off the midfielder after half an hour ultimately proved a masterstroke on Tuesday.

Mourinho's first home game in charge after replacing Mauricio Pochettino was turning ugly as Greek side Olympiakos Piraeus led 2-0 inside 20 minutes of the Champions League Group B game.

But twice Champions League winner Mourinho acted decisively, sacrificing Dier's defensive shield, and sent on Danish playmaker Christian Eriksen who, just as on Saturday in Mourinho's debut win over West Ham United, had been left on the bench.

It took a while for the tactical switch to work but Dele Alli levelled on the stroke of halftime and the second half saw Tottenham run riot with Harry Kane scoring twice either side of a thumping effort by Serge Aurier.

Tottenham, runners-up in June under Pochettino, have qualified for the last 16 and in Mourinho's first two games in charge they have scored seven and conceded four, perhaps confounding those who said he would bring boring football to north London. 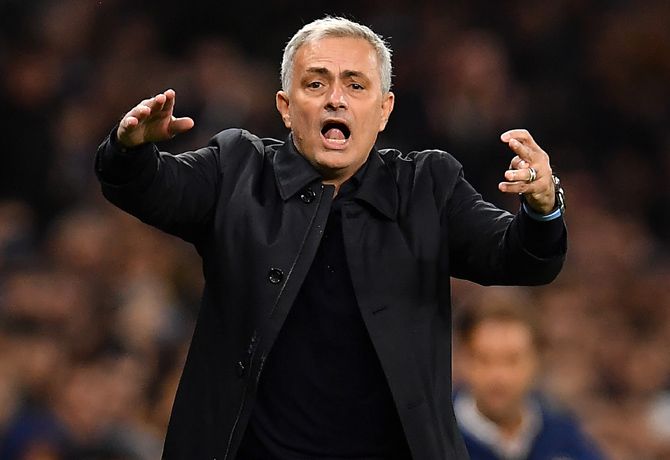 While the Dier/Eriksen swap worked a treat, Mourinho said it had been the hardest part of his evening.

"The most difficult moment for me was not the goals but the change I had to make," the 56-year-old, whose tactical acumen has earned him silverware at every club he has managed, told reporters. "It hurt the player but also hurt me. It was not easy for the player or me.

"But it's important the player understood and I was fortunate that it was a very intelligent boy who understood it was about the team not the performance. I apologised to Eric and made it clear I didn't do it to hurt him.

"Christian gave us what we needed at that time." 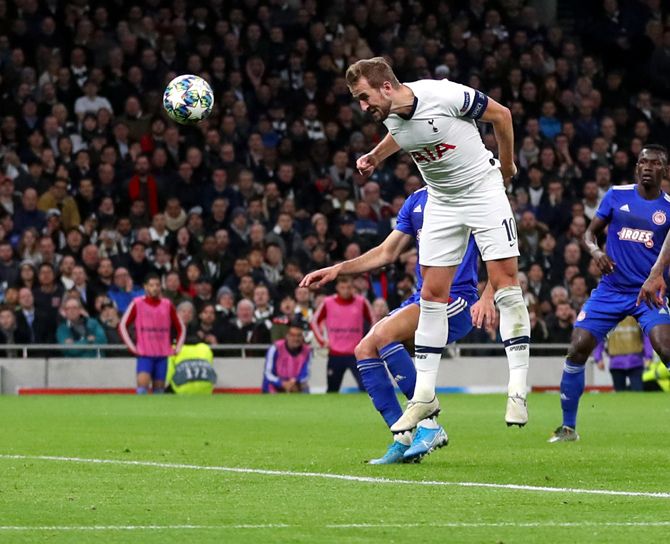 Mourinho, sacked by Manchester United last season after his reign there turned sour, has been charm personified since swapping punditry for the Tottenham job.

As well as praising his players' response to adversity on Tuesday, and the fans, he also waxed lyrical about a ball boy, whose sharp thinking allowed Serge Aurier to take a quick throw-in that ultimately led to Harry Kane's 50th-minute equaliser.

"He was reading the game and wasn't looking at the stands. I wanted to invite him to the dressing room to celebrate with the players but he had disappeared."

Tottenham's performance rather summed up their season. They were caught cold and were lucky that a defensive howler allowed Alli to reduce the arrears before the interval.

In the second half, with Eriksen providing the ammunition for Kane, Son Heung-min and Lucas Moura, Tottenham were ruthless.

With a home game against Bournemouth this weekend, Mourinho has every chance of starting with three straight wins.

"Next game at home I expect the boys to start without ghosts, open and confident" he said.