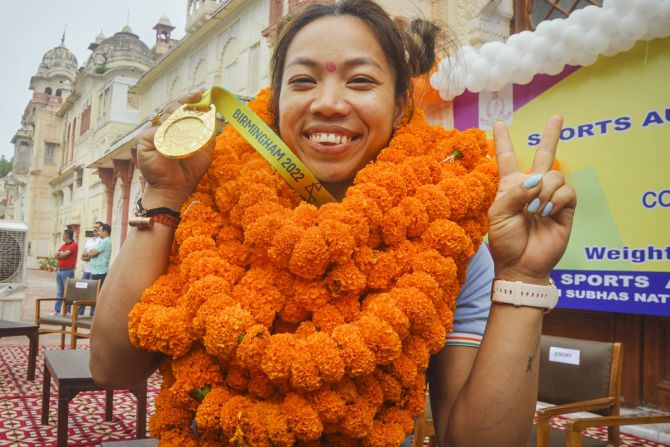 Mirabai Chanu went on a record-smashing spree, claiming four of them in a power-packed performance, to bag India's first gold medal at the ongoing 2022 Commonwealth Games. 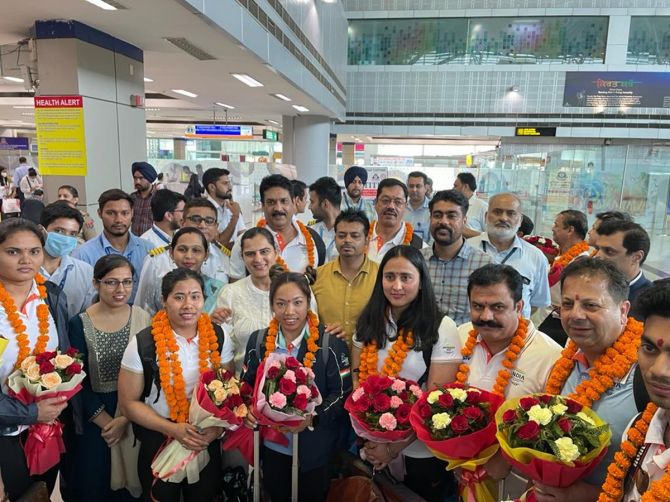 The Olympic silver medallist smashed the Commonwealth and Games record in snatch, ending with a total lift of 201kg (88kg 113kg) at the showpiece event.

Fresh from her historic feat Mirabai touched down in the country to a rousing welcome, on Saturday. Jeremy Lalrinnunga, Achinta Sheuli and Lovepreet Singh were also showered with love as they were welcomed by the people at Amritsar Airport in Punjab after winning a gold medal each for the country in CWG 2022.

"It feels good to be back in India and we are elated as we won accolades for the country," said Achinta as he received a warm welcome with a bouquet of flowers and sweets from the people of India. 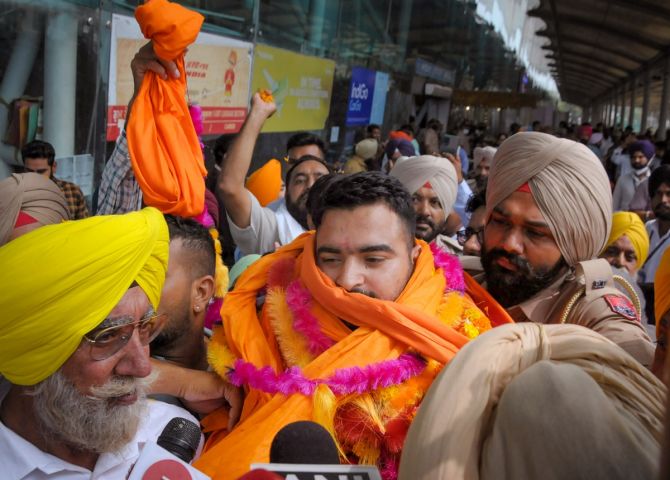 Along with them weightlifters Lovepreet Singh and Gurdeep Singh also returned to their homeland. Both of them also received a grand welcome from the people as they marked their return from Commonwealth Games. Both Lovepreet and Gurdeep won a bronze medal for the country.

"It feels good to be here and we are quite elated being back in the country," said Lovepreet who won a bronze medal in the 109 KG weight category. 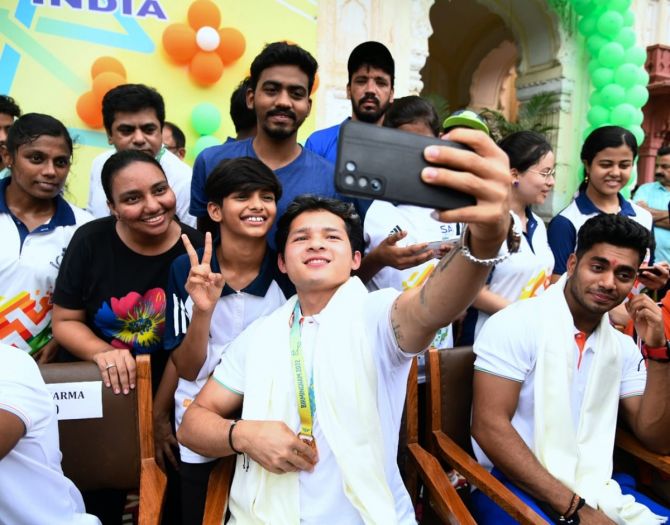 The duo was also welcomed with lots of love and affection from the people of Punjab.

"We are receiving a lot of affection from the people here. We look forward to preparing for Asian Games, the Olympics," said Gurdeep.