Manchester United got their pre-season off to a flying start with a 4-0 rout of rivals Liverpool in Thailand on Tuesday, giving new manager Erik ten Hag a big boost in his first match in charge.

Liverpool looked jaded and on the back foot for much of the match against a United team with superior fitness who capitalised on a series of first-half errors in Bangkok with three goals in the space of 21 minutes.

Liverpool had the best of the early action before United opened the scoring after 12 minutes when a Bruno Fernandez cross was poorly handled by the Liverpool defence, allowing Jadon Sancho to fire into bottom corner. 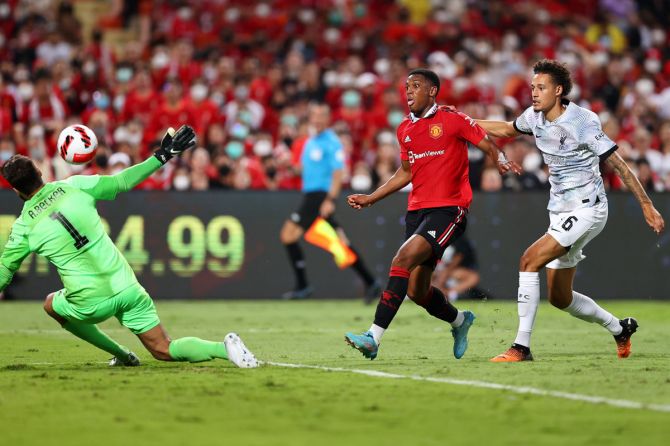 Liverpool came close to an equaliser soon after when new signing Fabio Carvalho's shot beat goalkeper David de Gea and cannoned off the far post, with Luis Diaz latching onto the ball in the ensuing scramble and hitting the upright.

But United remained in control, with chances for Marcus Rashford and Scott McTominay troubling Liverpool.

United doubled their lead on the half hour mark when Fernandez and Anthony Martial linked up before laying the ball off to Fred, whose deft finish sailed over outstretched keeper Alisson Becker. United made it 3-0 three minutes later when Martial dispossessed substitute Rhys Williams and coolly lifted the ball over the advancing Alisson, while Diogo Dalot almost added a fourth when his angled shot struck the post.

Managers Juergen Klopp and Ten Hag made 10 changes around halftime, after which Liverpool emerged better organised, with chances from their 75 million euros ($75.42 million) striker Darwin Nunez and Mohamed Salah, who was frustrated late on by De Gea and the woodwork.

But United completed the demolition with 14 minutes left, Facundo Pellistri latching onto an Eric Bailly pass on the counter and converting with ease after a one-two with Amad Diallo. 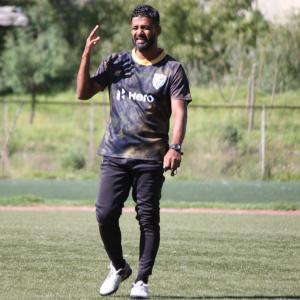