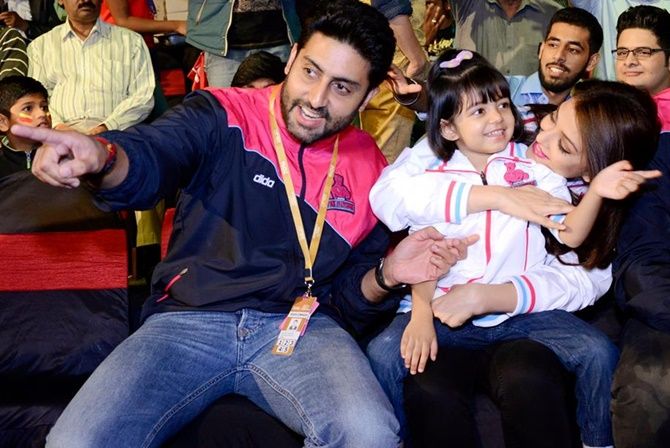 It was endless celebrations for the Bachchans. After Abhishek Bachchan’s 40th birthday celebration, the glamorous couple landed in Bengaluru for the Pro Kabaddi League. 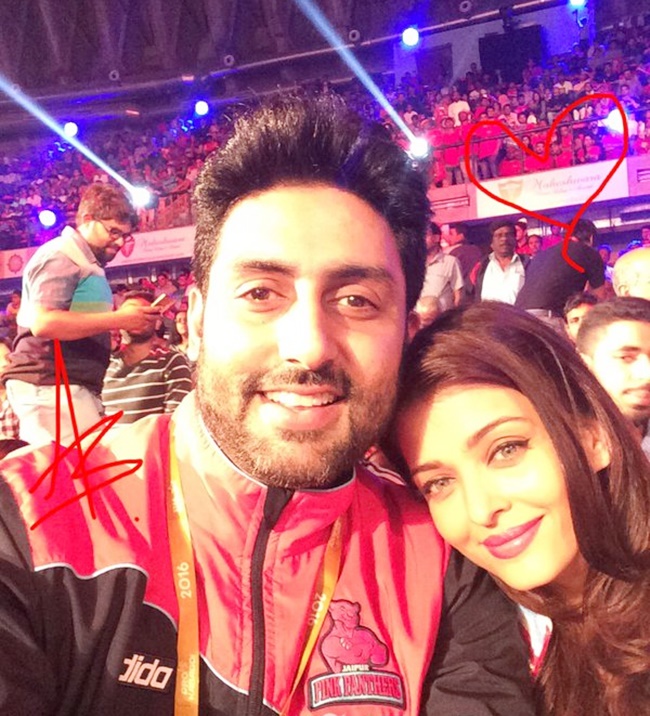 The proud owners of the franchise, Abhishek Bachchan and his wife, Aishwarya, were ecstatic after Jaipur Pink Panthers won their match against Bengaluru Bulls on Friday night.

Their adorable daughter Aaradhya was also seen cheering for the Jaipur Pink Panthers. In another match, on Sunday, of the Panthers’ Rajesh and Sonu Narwal took Jaipur to a fighting 39-34 win against Delhi in Kolkata. 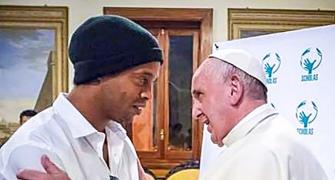 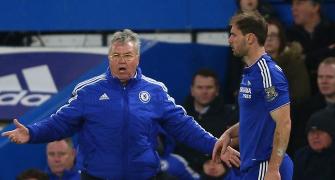 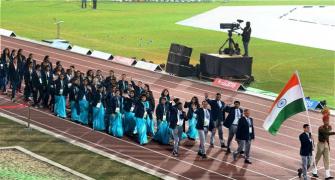