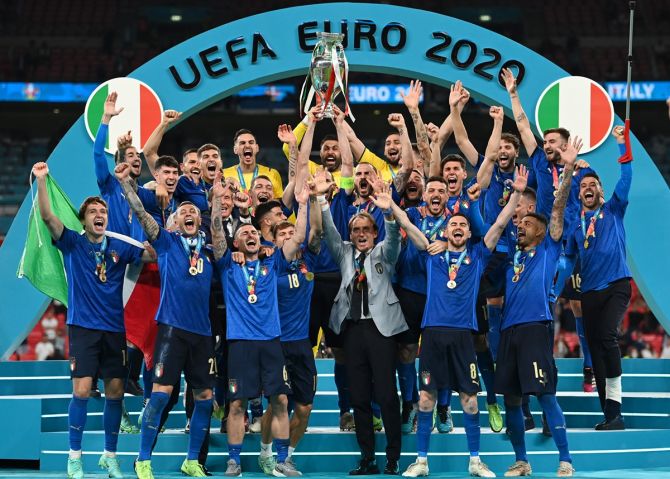 Italy won the European Championship for the first time since 1968 as Gianluigi Donnarumma saved two England penalties en route to a 3-2 shootout win after the teams had fought out a 1-1 extra-time draw at a raucous Wembley on Sunday. 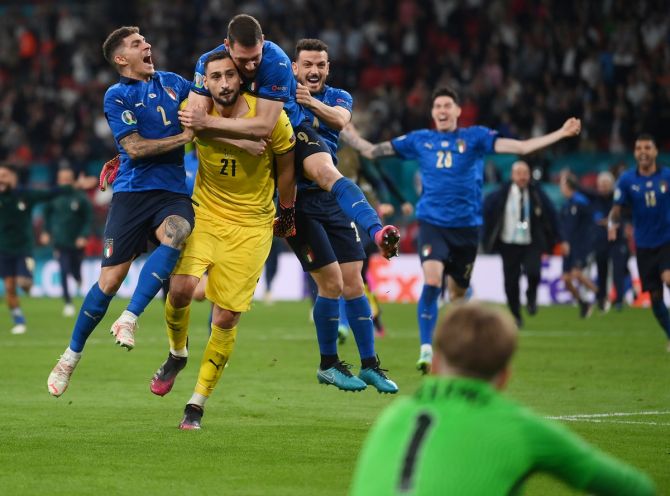 The giant keeper saved from Jadon Sancho and Bukayo Saka after Marcus Rashford hit a post, as Federico Bernardeschi, Leonardo Bonucci and Domenico Berardi all scored for the Italians. 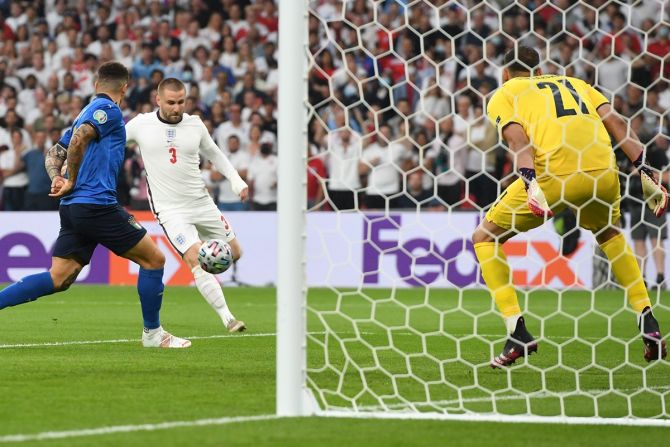 Luke Shaw had given England a dream start with a superb goal after two minutes but Italy, who offered almost nothing in response in the first half, gradually took command as the hosts sat back and levelled through Bonucci after 67 minutes.

It was the first final to be decided on penalties since Czechoslovakia beat West Germany in 1976 and will be wildly celebrated in Italy after they lost in the final in 2000 and 2012.

They made most of the running after halftime and in extra time and England can have few complaints after their early promise faded away.

It was nevertheless heartbreaking for most of the 67,000 Wembley crowd as England came up short in their first major final since they won the World Cup 55 years ago.

It had all started so well when Harry Kane spread the ball wide to Kieran Trippier and he instantly repaid coach Gareth Southgate’s faith in recalling him by sending over a curling deep cross that the fast-arriving Shaw met on the half volley to hammer inside the post for his first international goal.

England had taken an early lead in their 2018 World Cup semi-final against Croatia before eventually being outplayed and beaten in extra time, but they did not look like giving up the initiative on home soil, playing on the front foot, though failing to threaten Donnarumma.

England keeper Jordan Pickford was similarly untroubled as Federico Chiesa’s crisp shot went just wide and Ciro Immobile’s blocked effort were all Italy had to show for a disjointed half. 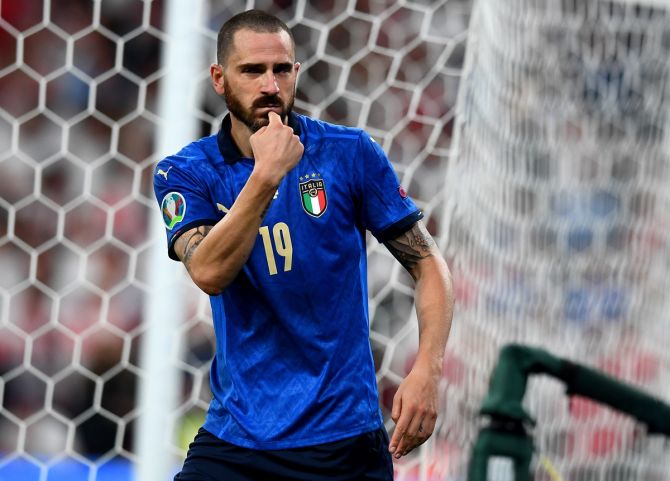 England’s well-drilled defence, which had conceded just one goal, via a Danish free kick, in their six previous tournament games, held them at arm’s length and Italian frustration was summed up by centre back Bonucci letting fly wildly from 35 metres with the last kick of the half – much to the disgust of his team mates.

Pickford was called into action after 57 minutes, blocking a Lorenzo Insigne shot and then getting down to palm away from Chiesa as Italy began to apply pressure, pinning England back.

It paid dividends when Bonucci pounced from close range after Pickford had turned Andrea Belotti’s header onto a post. England could have no complaints, having virtually invited their opponents on and offered almost nothing in attack, and they would have been somewhat relieved to go into extra time.

It was a similar story in the first additional 15 minutes, though England did briefly force their way back into the game in the second period, albeit without either side creating anything to reward the crowd for their waves of noise.

So it went to penalties, where England's young guns failed and Italy took the glory.