The 37-year-old Williams will become the oldest woman to contest a Grand Slam final in the professional era and victory will take her alongside Margaret Court's record 24 singles majors. Mixed doubles with Andy Murray was fun but Serena Williams got back to the serious business as she powered into her 11th Wimbledon final by overwhelming unseeded Czech Barbora Strycova in a brutal 6-1 6-2 victory on Centre Court on Thursday.

Clobbering huge serves and forehands, the veteran American was always in control as she set up a showdown with Romanian former world number one Simona Halep in Saturday's final.

The 37-year-old will become the oldest woman to contest a Grand Slam final in the professional era and will have another chance to equal Margaret Court's record 24 singles majors, having lost in the Wimbledon and U.S. Open finals last year.

"It's good, especially after my year. It definitely feels good to be back in the final," Williams, who has played sparingly this year because knee problems, said.

"It's definitely a lot better, I just needed some matches. I know I'm improving and I just needed to feel good and then I can do what I do best which is play tennis." 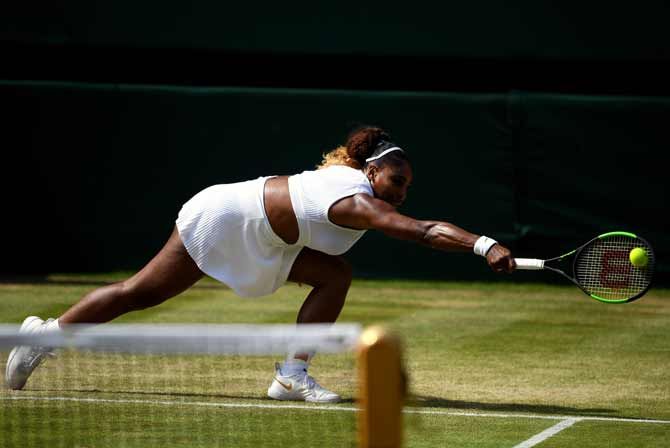 Strycova, the oldest first-time Grand Slam semi-finalist at 33, boasts a tricky game that scrambled the mind of Britain's Johanna Konta in the quarter-finals.

But seven-times Wimbledon champion Williams, still seeking her first title since becoming a mother in 2017, is made of much sterner stuff and simply bulldozed her way through her opponent's lightweight resistance.

Strycova held for 1-1 in the first set but any notion that a contest would break out disappeared in the blink of an eye as she was overwhelmed by the Williams power to trail 5-1.

She had a chance to slow the Williams advance when she got to 0-40 on the 11th seed's serve with the help of a netcord but Williams raised the tempo to reel off five points, ending the first set in 27 minutes with a booming ace.

Strycova bashed down an ace of her own as she held serve at the start of the second set and held firm until 2-2.

It was only a temporary lull in the onslaught.

Williams was prowling like a hungry tiger and piled on the pressure in Strycova's next service game.

Having just watched a forehand winner whistle past her, Strycova double-faulted and fluffed an attempted drop shot to hand over the break of serve. 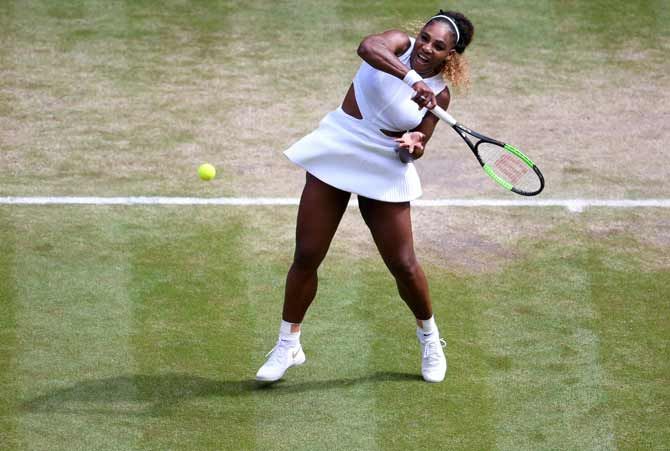 The end came quickly. Eyes narrowing on the target, Williams made it 4-2 with a love service game and broke again for a 5-2 lead -- Strycova emitting a piercing scream as she wafted a straightforward volley into the tramlines.

The crowd were willing Strycova to hang in for a little longer and roared their approval when she showed great defensive skills to win the first point as Williams served for the match -- the 54th-ranked Czech raising her arms in salute.

But Williams, who delighted home fans by partnering Murray in the mixed here, was in no mood for nonsense.

She fired down a huge serve on match point and when Strycova clawed it back she stroked away the simplest of forehands to seal her place in the final.

After tricky moments during the fortnight -- dropping sets against qualifier Kaja Juvan in round two and compatriot Alison Riske in the quarter-finals, Williams is in the groove as her biggest test looms.

"I love what I do, I wake up every morning and I get to be fit and play sport and play in front of crowds like here at Wimbledon -- not everyone can do that," she said.

"I love what I do, I'm still pretty good at what I do and it's always an amazing experience." 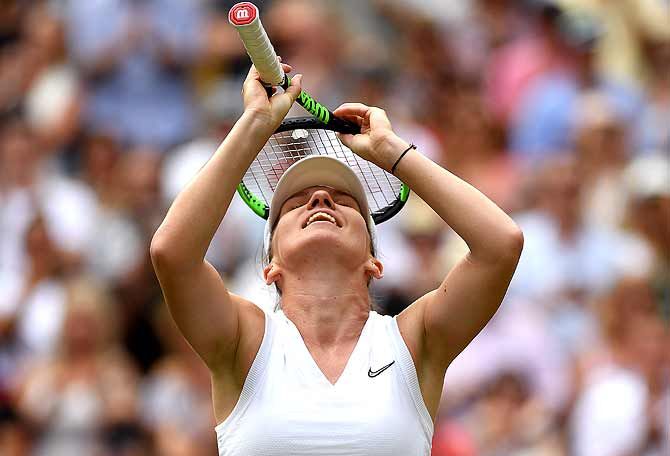 In years to come when tennis fans flick through the hefty 500-page Wimbledon Compendium, they will note that in 2019 Simona Halep rolled over Ukrainian eighth seed Elina Svitolina in the semi-finals for the loss of just four games.

What the 6-1, 6-3 scoreline will not reveal, however, was that Halep took nine minutes to hold serve in the opening game of the contest played out in glorious sunshine on Centre Court or that Svitolina earned and squandered three break points.

Readers will also have no idea that the first two games alone lasted 20 exhilarating minutes, featuring 10 break points and that Svitolina could have been 2-0 up if she had capitalised on the numerous opportunities that fell her way.

Instead, it was Halep who grabbed the 2-0 lead and then ran away with a victory that put her one win from becoming the first Romanian to lift a Wimbledon singles trophy.

"It is an amazing feeling. I am very excited and nervous, It was one of the best moments of my life and I am trying to enjoy it," said a beaming Halep after her 73-minute destruction set up a final against Serena Williams.

As both players stretched every sinew running from their fingertips to their toes while chasing down everything their opponent could throw at them in rallies that went on for over 20-shots, fans who had settled into their $200 seats thought they were about to witness a show-stopping battle that could become an all-time classic.

But just when Williams and Barbora Strycova, who were waiting in the wings ready to contest the second semi-final, might have been contemplating if they would need to change their dinner plans, Halep was broken to love in the very next game. 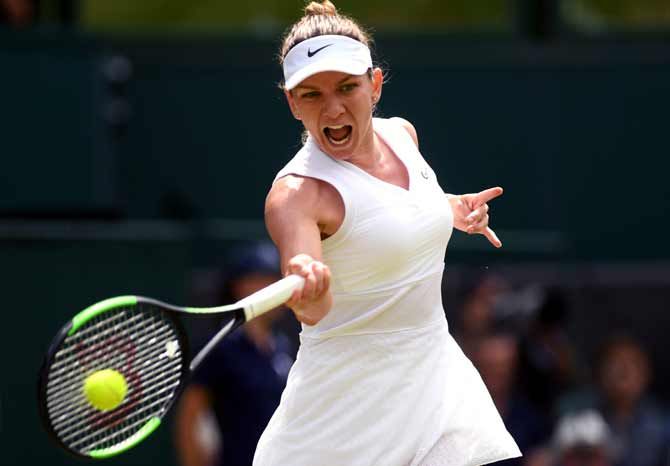 It was that sort of a strange match.

The contest that had looked close on paper, with eighth seed Svitolina holding a 4-3 advantage in head-to-head meetings with seventh seed Halep, ended up being thin on drama.

Before Svitolina had a chance to daydream about what it would be like to become the first Ukrainian woman to contest a Wimbledon singles final, she had lost the first set without holding her serve even once.

It might have taken Halep 20 minutes to win the first two games, but the rest of the set lasted only another 23 minutes to the disappointment of not only Svitolina but also her tennis-playing boyfriend Gael Monfils who sat frowning in the players' box.

The daughter of a former wrestler, Svitolina simply struggled to grapple with Halep's solid baseline tactics and the crowd also struggled to make much sense of what they were witnessing. When Svitolina finally held serve for the first time on Thursday to open the second set, the 'sympathy clap' that usually follows such occasions was also missing. It appeared as if the 15,000 spectators had lost interest in a match that was heading for only one conclusion.

Halep stormed through her first three service games in the second set without dropping a point and within a blink of an eye, she held two match points at 5-3 up on Svitolina's serve.

A forehand error on the first delayed her celebrations but she made no mistake on the second when the Ukrainian netted a backhand.

"It is not like the scoreline looks, each game went long and deep, but I am pleased with my tactics and I feel strong mentally and physically," said Halep, who did not face a seed en route to the last four.

"I am trying to fight to the end because I really want to win this championships."