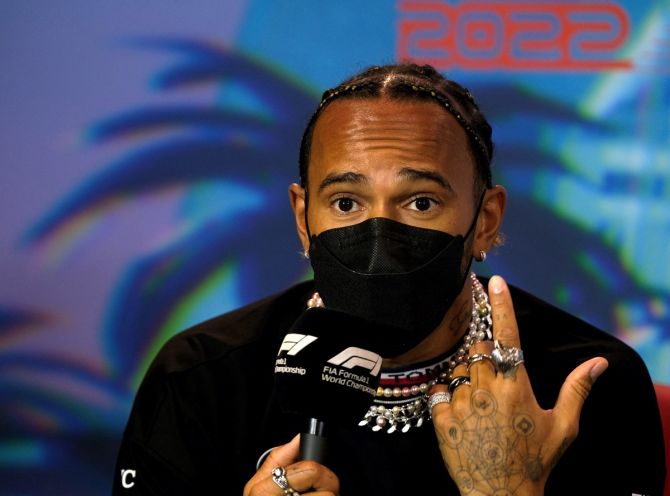 Seven-times Formula One world champion Lewis Hamilton will race in Sunday's inaugural Miami Grand Prix after Formula One swerved a showdown with the Mercedes driver over their ban on piercings and jewellery.

Race director Niels Wittich had issued a reminder to all teams and officials that wearing body piercings and metal neck chains was prohibited during competition for safety reasons and could be checked.

Hamilton, the sport's most successful driver and biggest name in America, has said he cannot remove some of his piercings and had suggested on Friday that he could face a ban from racing.

"If they stop me (racing) then so be it. We've got a spare driver," he said. "There's lots to do in the city anyway so I'll be good either way." 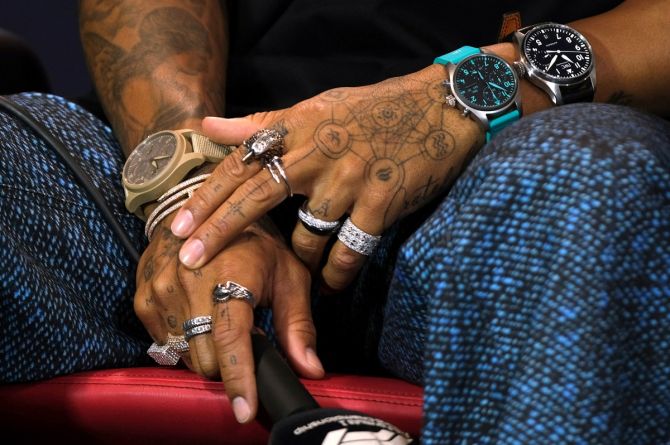 But Hamilton's team did produce the documentation to the FIA saying they were in compliance with the rule and a source told Reuters that the driver would not wear any jewellery and had been given a two-race exemption for his body piercing.

The Briton must have the piercing removed before the Monaco Grand Prix on May 29, the source added.

Hamilton had given no indication that he was in the mood for a compromise when he attended the pre-race press conference wearing rings on every finger, three large watches (set to different time zones), a bangle, strings of thick necklaces and studs in both ears.

A further nose piercing was hidden by his face mask.

"I couldn't get any more jewellery on today," he said, adding that he felt the clampdown was almost a backward step at a time when the sport and governing FIA should be focused on its latest big breakthrough in America.

"This is such a small thing," he said. "It seems unnecessary for us to get into this spat."

Asked what the solution might be to an apparent impasse, Hamilton indicated there was only so much he could do.

"I can't remove at least two of them," he said. "One I can't really explain where it is.

"But what I can say is it's platinum that I have, so it's non-magnetic, it's never been a safety issue in the past. I've had in 16 years so many MRI scans and not had to take out the platinum." 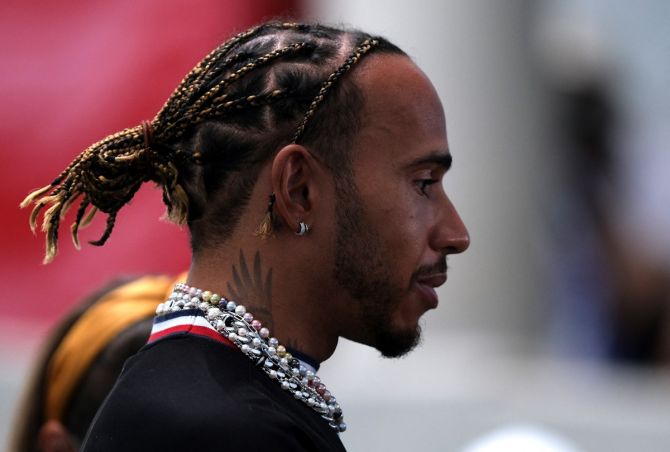 IMAGE: Formula One's most successful driver and biggest name in America also had strings of thick necklaces and studs in both ears. Photograph: Ricardo Arduengo/Reuters

Wittich had explained in his note that the wearing of jewellery underneath the mandatory flameproof clothing could reduce heat transmission protection and increase the risk of burn injuries.

He said it could also hinder medical intervention and treatment due to the risk of 'snagging' when safety equipment such as the helmet, balaclava or overalls were removed.

"In the case that medical imaging is required to inform diagnosis following an accident the presence of jewellery on the body can cause significant complication and delay," added the German.

Hamilton said he had tried without success to speak to FIA president Mohammed Ben Sulayem, who was elected in December, and wanted to assure the Emirati he was an ally rather than an opponent.

"I'll try and speak to him before the race," he said.

Rivals sympathised with Hamilton's stance ahead of practice on the track around the Hard Rock Stadium.

"I think it is a bit unnecessary to blow this topic up," said four-times World champion Sebastian Vettel, who drives for Aston Martin.

"Probably at this stage it's more of a personal thing and I feel particularly in a way targeted to Lewis. We spoke about underpants as well. Is that the most exciting thing we can talk about?