La Liga leaders Real Madrid were thumped 4-0 away by city rivals Atletico Madrid to open up the Spanish title race, while Chelsea strengthened their hold on top spot in the English Premier League after a 2-1 win at Aston Villa.

In Italy, Juventus stayed seven points clear of the chasing pack in Serie A.

We bring you a summary of the results of matches played across Europe over the weekend... 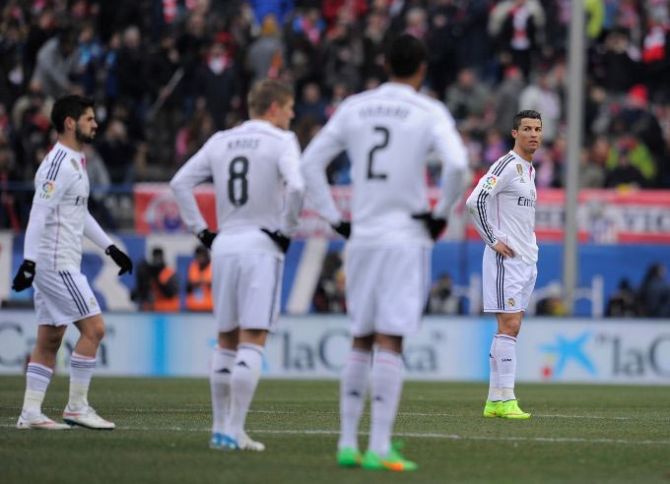 Barcelona took full advantage of Real’s slip-up as they closed the gap on the leaders to one point after Lionel Messi inspired the Catalans to a 5-2 thumping of Athletic Bilbao.

Messi scored once and helped Luis Suarez to end his goal drought, while Neymar also found the net for Barcelona.

The return of Cristiano Ronaldo from suspension failed to produce the desired effect for Real, who were undone by goals from Tiago, Saul Niguez, Antoine Griezmann and Mario Mandzukic.

Real top the standings with 54 points, Barca are on 53 while Atletico are on 50. 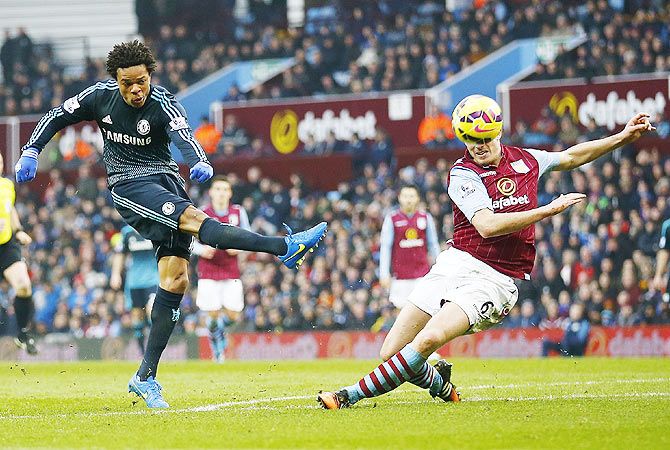 Chelsea strengthened their hold on top spot in the Premier League after a 2-1 win at Aston Villa coupled with Manchester City only managing a late 1-1 draw at home to lowly Hull City. 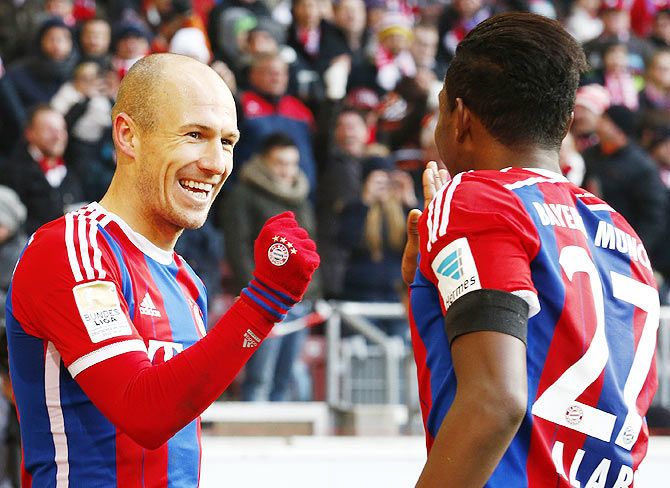 Arjen Robben (left) celebrates his goal with David Alaba during their Bundesliga match against VfB Stuttgart in Stuttgart on Saturday. Photograph: Ralph Orlowski/Reuters

Leaders Bayern Munich never hit top form but did enough to ease past struggling VfB Stuttgart 2-0 away with Arjen Robben and David Alaba both scoring sensational goals either side of the break.

Bayern's first win of the year kept them eight points clear at the top as second-placed VfL Wolfsburg continued their fine run with a 3-0 home win over Hoffenheim, Kevin De Bruyne scoring twice.

Rejuvenated Schalke 04 are a further seven points behind in third place after beating in-form Borussia Moenchengladbach 1-0 in Gelsenkirchen.

Last season's runners-up Borussia Dortmund also scored their first victory of the year, a 3-0 win at relegation rivals Freiburg that lifted them off the bottom spot and into 16th. 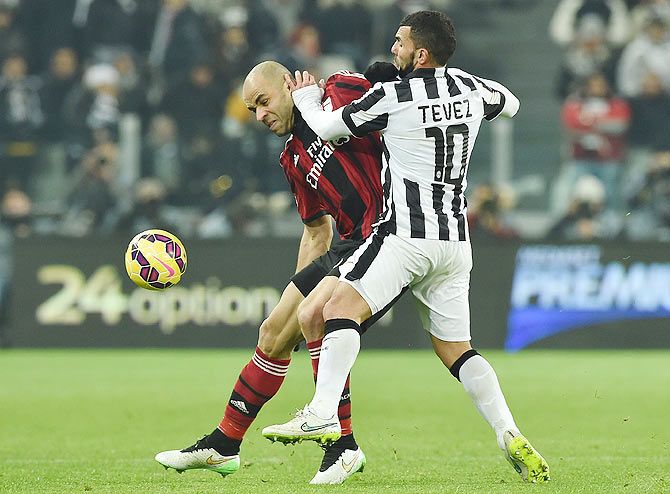 Leaders Juventus stayed seven points clear of AS Roma as the top three sides all won.

Carlos Tevez, Leonardo Bonucci and Alvaro Morata scored the goals to give Juve (53 points) a 3-1 win over AC Milan in Turin, while Luca Antonelli replied for the visitors.

Roma (46), who lost touch by drawing their previous four league games, won 2-1 at Cagliari with Adem Ljajic and Leandro Paredes scoring late in each half.

Napoli, a further four points behind, beat Udinese 3-1 as Dries Mertens and Manolo Gabbiandini quickly put them two goals ahead before Udinese's Cyril Thereau scored at both ends. 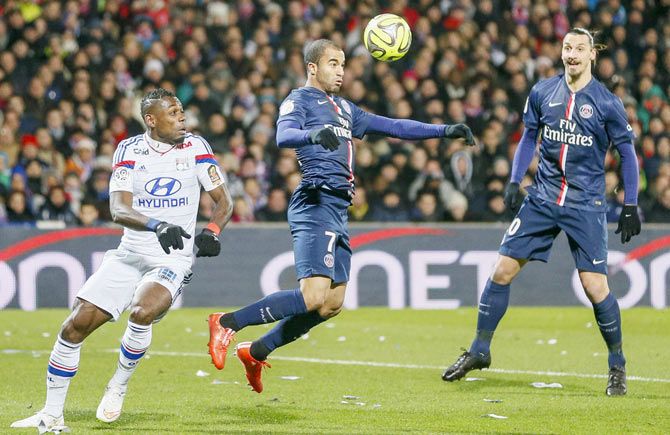 Olympique Lyonnais stayed top of Ligue 1 with a fine defensive performance to seal a 1-1 home draw with Paris St Germain.

Lyon moved two points ahead of Olympique de Marseille who are on 48 points, level with champions PSG in third place after 24 games of the season

Ajax Amsterdam had their on-loan goalkeeper Mickey van der Hart to thank for a late 2-1 win at Go Ahead Eagles after he missed his kick allowing a back pass to roll into the net.

The win put second-placed Ajax on 46 points from 22 games, 12 behind PSV Eindhoven, who beat Utrecht 3-1 at home.

League leaders Olympiakos Piraeus were held to a 0-0 stalemate by PAOK Salonika, whose goalkeeper Charles Itandje pulled off a number of acrobatic saves for the third-placed club.

PAOK's Super League title hopes are gradually slipping away as they trail Olympiakos by eight points with a total of 47 from 23 games. Panathinaikos, who beat Panaitolikos Agrinion 1-0, are second on 49.