US Open champion Emma Raducanu showed exemplary grit on her French Open debut to rally to a 6-7(4), 7-5, 6-1 victory in the battle of teenagers against Czech qualifier Linda Noskova on Monday and reach the second round.

The British 19-year-old arrived in Paris after retiring from a first round match in Rome this month with a back problem but showed no signs of discomfort during the gruelling two hour and 37 minute contest on Court Simonne Mathieu.

Raducanu was at first no match for the aggression of the 17-year-old Noskova, who won the girls' singles title at Roland Garros last year and is ranked 184th. After losing the first set, the Brit kept a lid on her unforced errors to claw her way back into the contest as she won five straight games in the decider to seal the contest and jumped for joy in celebration.

A glimpse of Raducanu celebrating her first round win: 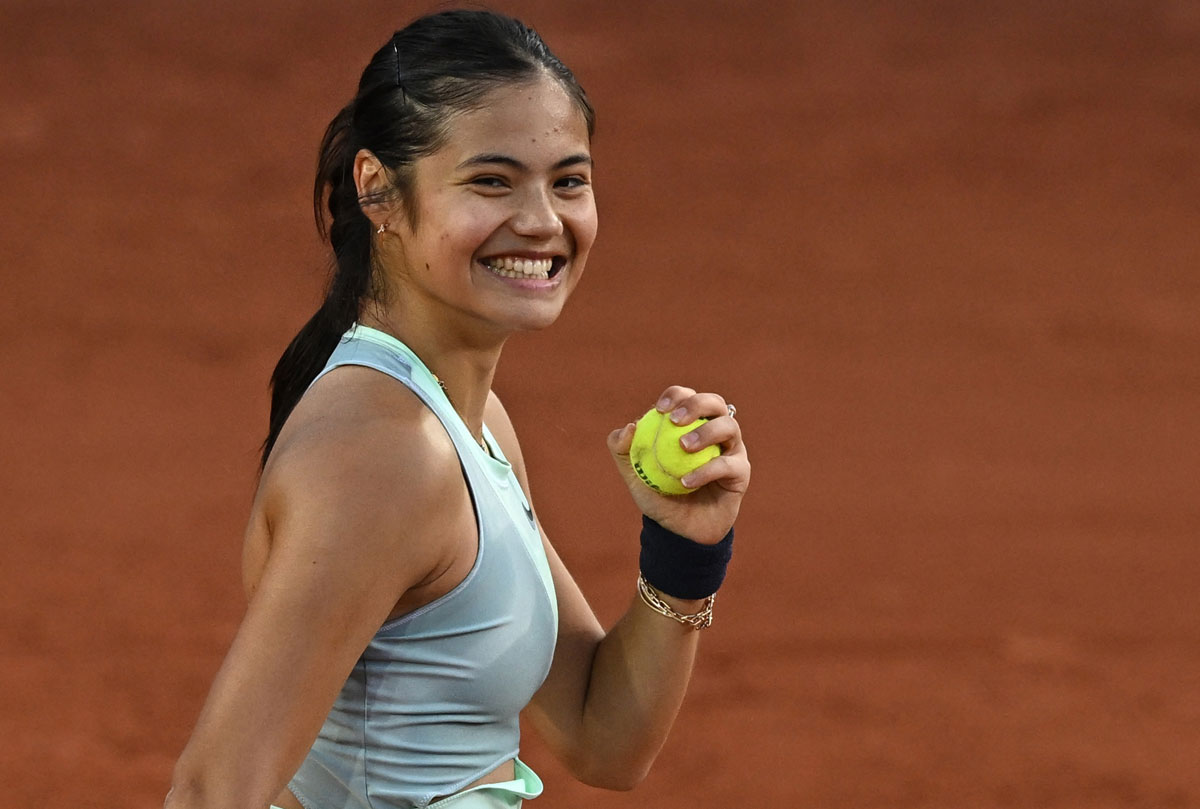 IMAGE: Emma Raducanu celebrates after winning her first round match against Czech Republic's Linda Noskova at the French Open in Paris on Tuesday.Photograph: Dylan Martinez/Reuters 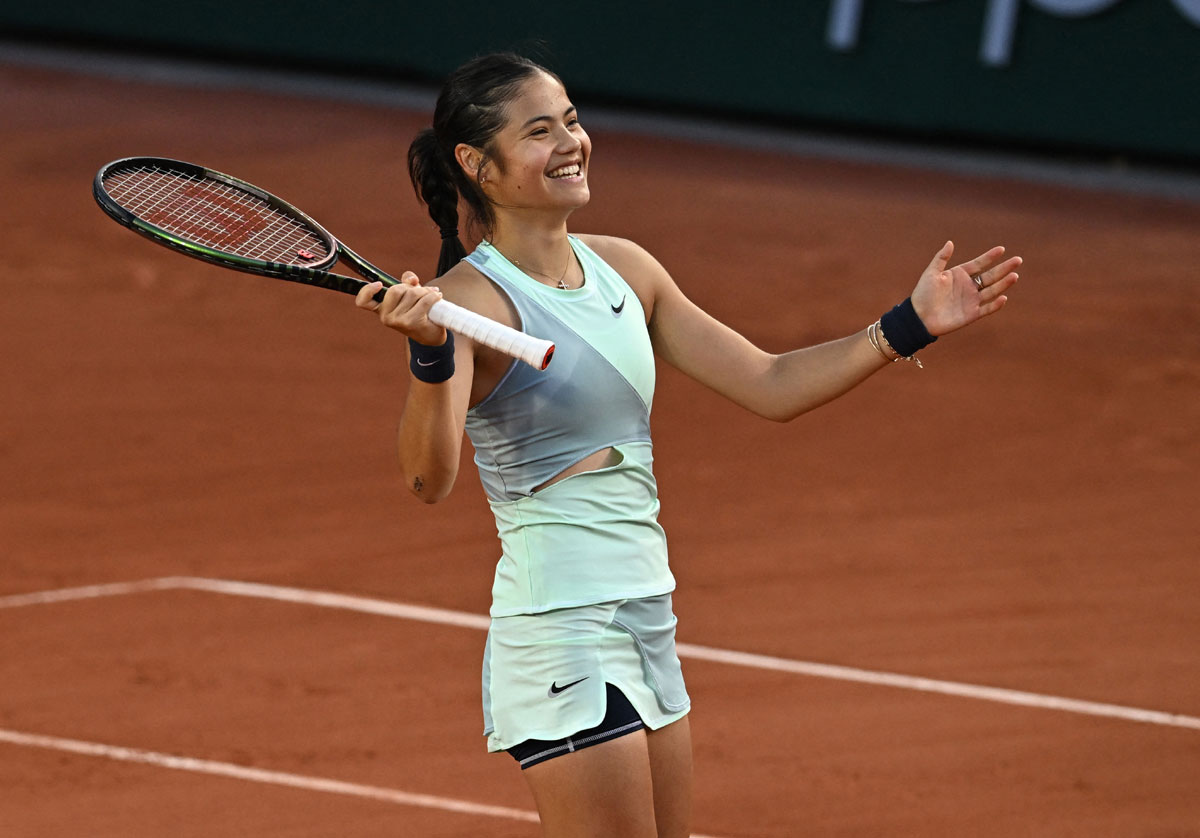 IMAGE: 'It was an absolute battle. I'm proud of the way I fought,' 12th-seeded Raducanu said after the win.Photograph: Dylan Martinez/Reuters 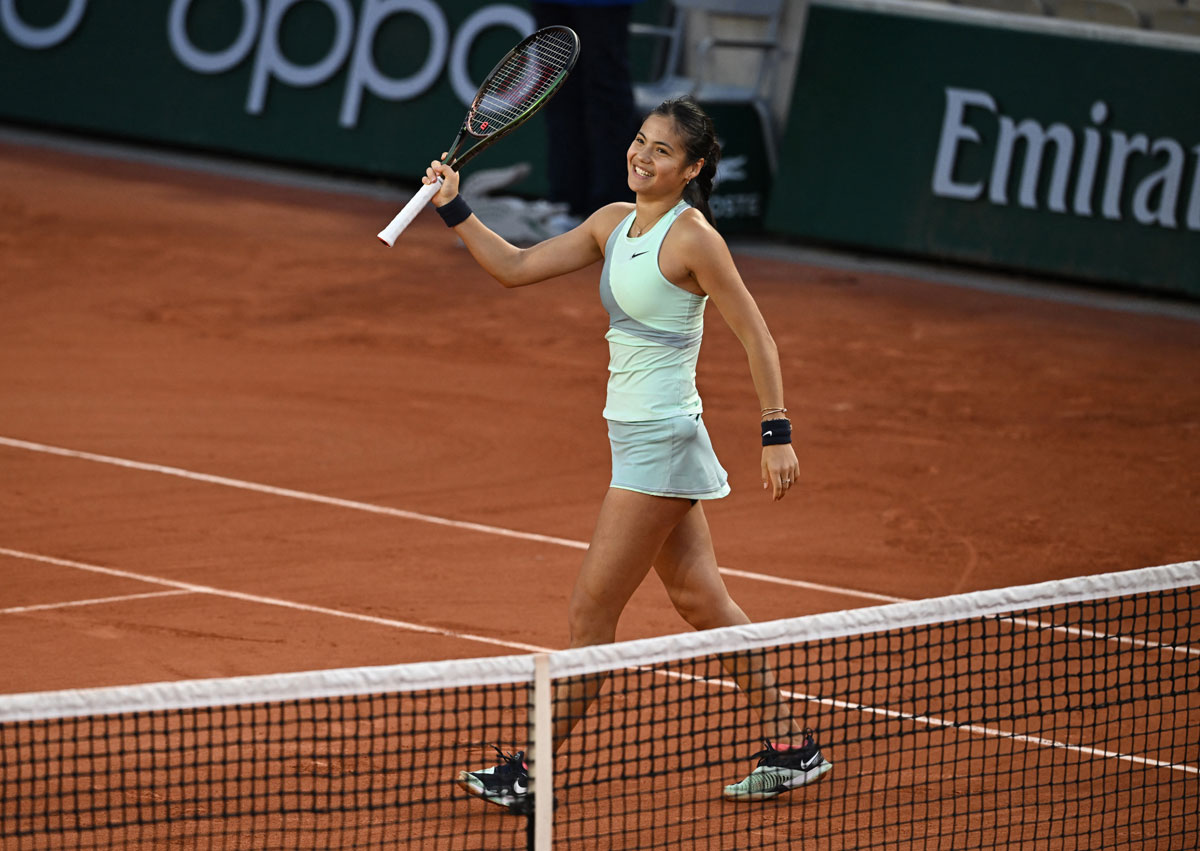 IMAGE: Raducanu will meet Belarusian Aliaksandra Sasnovich for a place in the third round.Photograph: Dylan Martinez/Reuters