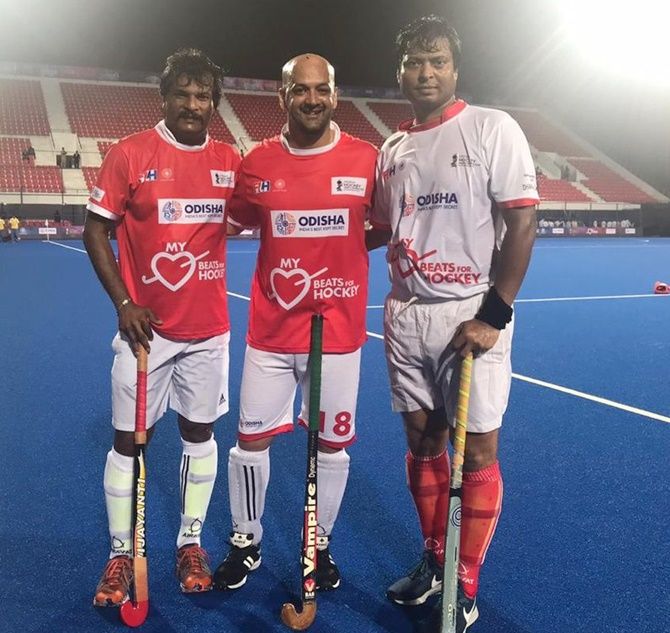 Cyclone 'Titli' did dampen the spirits of hockey fans to some extent but not veterans like Dilip Tirkey and Dhanraj Pillay who were excited about the exhibition match played, in Bhubaneswar, on Wednesday.

The game marked the inauguration of the newly-refurbished Kalinga Stadium, which is set to host the men's hockey World Cup here from November 28 to December 16.

Courtesy severe rains coupled with high winds because of Cyclone 'Titli', there were series doubts about the grand inauguration ceremony planned by the state government, the official hosts of the event, but the inclement weather failed to dampen the spirits as former and present stars of Indian hockey joined hands to play an exhibition match on the occasion. 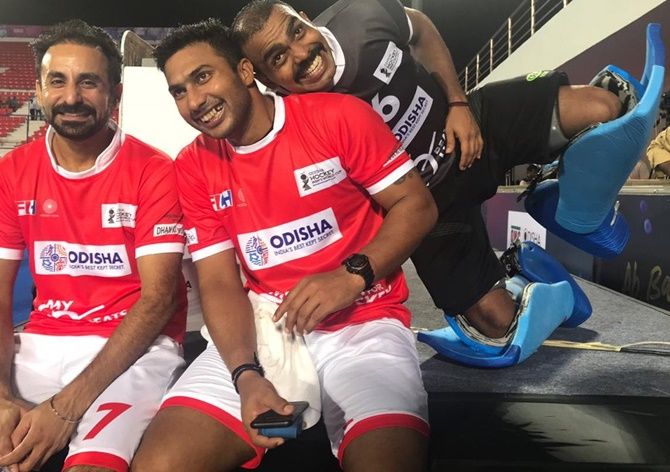 With the World Cup in mind, the Odisha government, which is also the principal sponsor of the Indian hockey teams, made world-class upgrades to the stadium that includes new re-laid blue turf in both the main pitch as well as the practice pitch besides upgrading the capacity to 15,000 from 7500.

Beside, the players' dressing rooms have also been refurbished to match the standard of international football. 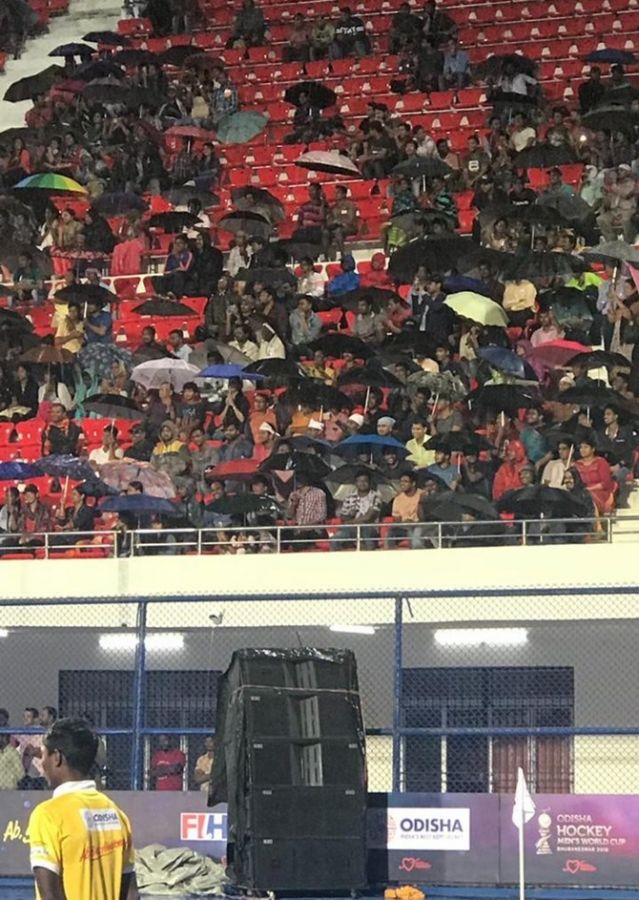 A total of Rs 82 crore was spent by the state government for the entire refurbishment of the stadium keeping in mind the upcoming World Cup.

Meanwhile, in the exhibition match which was a 15-minute-a-side affair, former India striker Deepak Thakur scored a brace as home favourite Dilip Tirkey XI beat Dhanraj Pillay XI 2-1 to the delight of the sparse crowd.

Former captain Tirkey, who is a sitting Member of Parliament of BJD, was hopeful of a successful World Cup.

"There is no bigger pride for Odisha that the state is hosting the World Cup and it will be one of the best in the history of the World Cup,” he said. 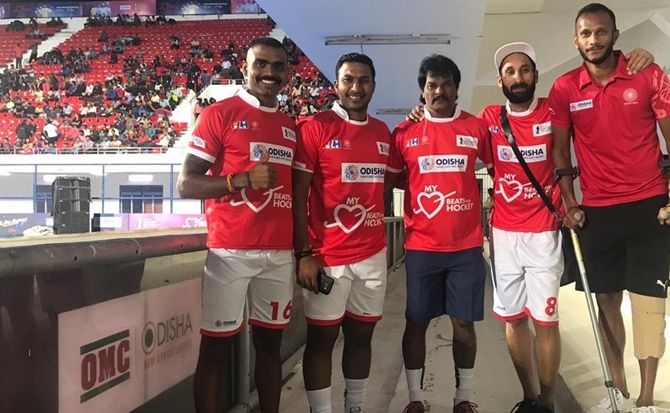 Another former India hockey stalwart Dhanraj Pillay hoped Harendra Singh's men would achieve which he can never did despite featuring in four Olympics and four World Cups for the country.

"I played after 2012 and I am very excited to meet all my colleagues. I am happy about the fact that the World Cup is happening in our country," he said.

"I have played 4 Olympics, 4 World Cups but whenever I sit alone tears roll down from my eyes because I don't have a single medal to show. Since I left hockey in 2004 my only desire is that Indian hockey team stands on the podium again."

One of the greatest strikers India to have ever produced, Dhanraj was full of praise for the Odisha government for its continued support to hockey.