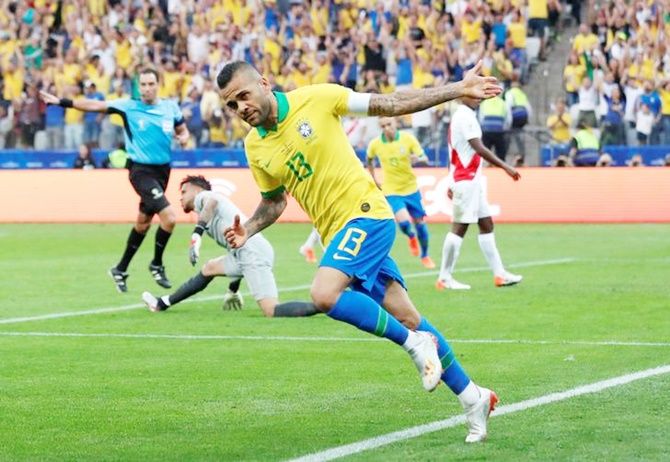 Brazil overwhelmed Peru with three goals in a superb first half to set up a crushing 5-0 victory on Saturday and cruise into the Copa America quarter-finals.

Looking like their imperious old selves in front of 42,000 fans at the Corinthians area, the host nation went ahead after 12 minutes when Casemiro nodded home after a goalmouth scramble and Roberto Firmino made it two seven minutes later after keeper Pedro Gallese made a hash of his kick out.

Firmino charged down the kick and the ball rebounded off the post but the forward picked up the rebound and rounded the keeper to roll the ball into the empty goal.

Man of the Match Everton added a third when he cut in from the left and unleashed a low shot that sneaked inside Gallese’s near post and Dani Alves made it 4-0 eight minutes into the second half when he finished off a neat team move and lashed the ball into the roof of the net.

Substitute Willian made it five with a vicious strike from outside the box in the final minute, before Gallese made up for his earlier error by saving a spot-kick from Gabriel Jesus in stoppage time.

After struggling in the first half of their previous two games, and failing to score in both, the two early goals settled Brazil and gave them more space to play, said coach Tite.

"When you score an early goal the team has play differently and open up, that is real," he said.

The result, combined with Venezuela’s 3-1 win over Bolivia, means the hosts top Group A and will play one of the two third-placed teams at the Gremio arena on Thursday.

The only down side for Brazil was a second yellow card in three games for Casemiro, which means the combative Real Madrid midfielder will miss Thursday's quarter-final.

Second-placed Venezuela will face the second team in Group B on Friday at the Maracana stadium in Rio de Janeiro, while Peru must wait to see if their four points are enough to earn them a place as one of the two best third-placed sides.

"It’s not up to us now, that’s the uncomfortable situation," Peru coach Ricardo Gareca said.

"They were better than us from start to finish. Brazil had lots of chances in their other games and never took them. Today they took them." An impressive double from striker Darwin Machis helped Venezuela book their place in the Copa America quarter-finals with a comfortable 3-1 win over Bolivia on Saturday, qualifying as runners-up in Group A behind Brazil.

Machis got Venezuela off to a perfect start by powering in a header in the second minute, scoring their first goal of the tournament after back-to-back goalless draws against Peru and hosts Brazil.

Machis scored a spectacular goal to put his side further at ease early in the second half, bursting down the left wing on the counter-attack and holding off three defenders before cutting inside to lash the ball into the net from just inside the area.

Bolivia pulled a goal back in the 83rd minute through Leonel Justiniano but their hopes of grabbing an equaliser proved short-lived as Josef Martinez leapt to head in Venezuela'sthird three minutes later.

Venezuela finished second in Group A on five points, Brazil came first with seven, with Peru third on four and Bolivia last without a point.

Venezuela have qualified for the quarter-finals in four of their last five appearances in the Copa America, with their best effort coming in 2011 when they reached the semi-finals but lost to Paraguay on penalties after a 0-0 draw.

They will meet the Group B runners-up in the last eight, which could be Argentina, Qatar or Paraguay, who play their final games on Sunday.

© Copyright 2021 Reuters Limited. All rights reserved. Republication or redistribution of Reuters content, including by framing or similar means, is expressly prohibited without the prior written consent of Reuters. Reuters shall not be liable for any errors or delays in the content, or for any actions taken in reliance thereon.
Related News: Copa America, Brazil, Venezuela, Darwin Machis, Peru
COMMENT
Print this article 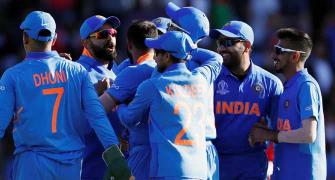 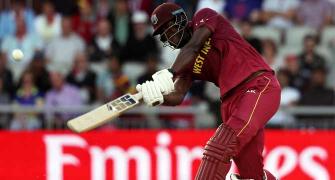 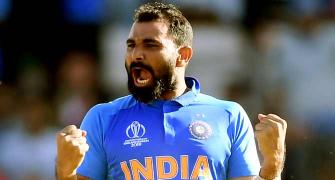