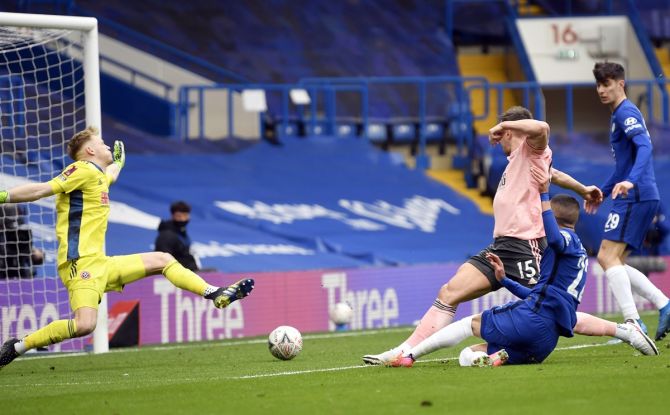 Chelsea beat Sheffield United 2-0, on Sunday, thanks to an own goal by Oliver Norwood and winger Hakim Ziyech's late strike to reach the FA Cup semi-finals for the fourth time in five seasons.

The victory at Stamford Bridge extended Chelsea manager Thomas Tuchel's unbeaten start in London with the German winning 10 matches and drawing four in all competitions since replacing Frank Lampard in January.

Chelsea have moved into contention for a top-four finish in the Premier League and reached the Champions League quarter-finals but Tuchel said he witnessed a tired performance from his team.

"It sounds excellent to say we're through to the semis - it was a tough match. We had a good first half where we controlled everything," Tuchel told the BBC.

"We lost control in the second half, we were clearly tired. After 14 consecutive matches I could feel we were tired and we made many little faults.

"We were lucky to keep the clean sheet in the second half... It's important to go through in the Cup. That was the target and we reached it."

Sheffield United, bottom of the Premier League, showed early attacking intent but fell behind in the 24th minute when Norwood steered the ball into his own net as he attempted to block Ben Chilwell's shot.

With the Blades throwing men forward in the dying seconds, Ziyech produced a fine finish after a quick counter-attack to seal Chelsea's win in added time.

Chelsea could have scored another through Christian Pulisic, but the American forward lost his footing and his shot was blocked by Aaron Ramsdale.

"We have a confident bunch of guys here and when you go on a streak like this we're feeling really good and we're feeling like we can beat anyone," Pulisic said.

Sheffield United were rejuvenated after the break but lacked the killer instinct in front of goal and squandered a couple of clear chances.

Tuchel's side will discover who they face in the last four when the draw is made at halftime of the quarter-final between Leicester City and Manchester United later on Sunday. The semi-finals take place next month with the final on May 15.

Arsenal roar back to draw 3-3 at West Ham 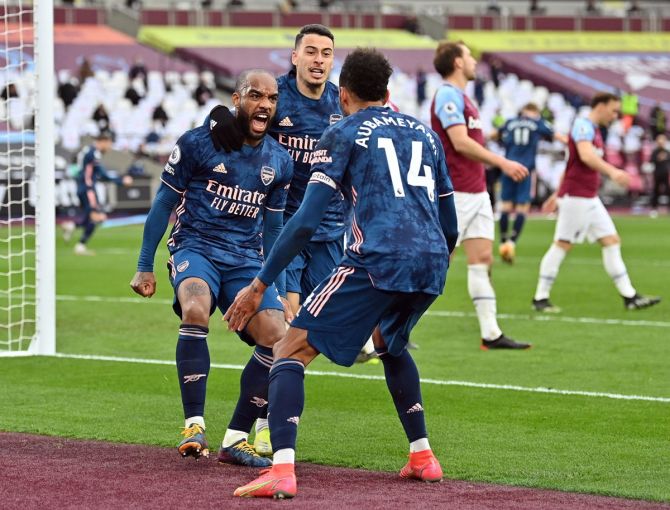 Arsenal staged a stunning comeback to draw 3-3 at West Ham United in a rip-roaring Premier League derby, after they had conceded three times in the opening 32 minutes on Sunday.

West Ham punished a sleepy Arsenal with Jesse Lingard, Jarrod Bowen and Tomas Soucek putting them in complete control and set to go level on points with fourth-placed Chelsea.

But when Alexander Lacazette's shot deflected in off Soucek in the 38th minute Arsenal came alive.

They laid siege to West Ham's goal for long periods of the second half and pulled back another goal as Craig Dawson scored into his own net just past the hour.

In a frenetic finale West Ham had chances to seal the points before Lacazette's 82nd-minute header earned Arsenal what had looked like an unlikely share of the spoils.

West Ham stay in fifth place with 49 points from 29 games, two below Chelsea. Arsenal moved up a place into ninth spot before Aston Villa's clash with Tottenham Hotspur later on Sunday. 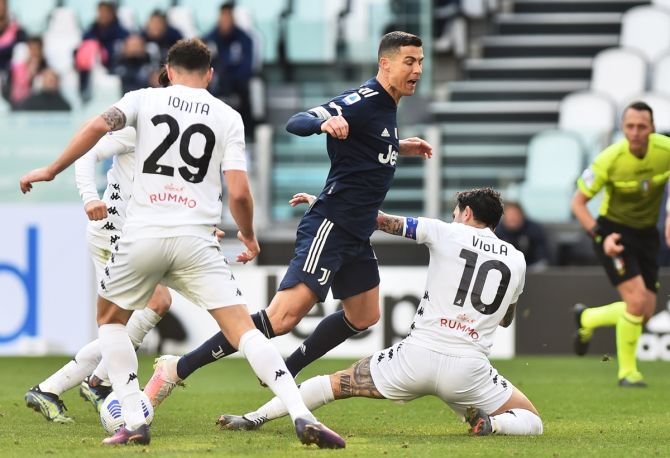 The Argentine pounced on a careless pass from Juve midfielder Arthur Melo to fire in the decisive goal after 69 minutes, and the toothless hosts failed to find a way past goalkeeper Lorenzo Montipo.

Benevento’s survival hopes were boosted as they moved seven points clear of the relegation zone in 16th position.

Andrea Pirlo’s Juve were unbeaten in their last five league games but he couldn’t overcome his former AC Milan team mate Filippo Inzaghi in the opposing dugout, despite the hosts mustering nine shots on target to Benevento’s one.

© Copyright 2021 Reuters Limited. All rights reserved. Republication or redistribution of Reuters content, including by framing or similar means, is expressly prohibited without the prior written consent of Reuters. Reuters shall not be liable for any errors or delays in the content, or for any actions taken in reliance thereon.
Related News: Chelsea, Hakim Ziyech, Benevento, Sheffield United, Thomas Tuchel
SHARE THIS STORYCOMMENT
Print this article 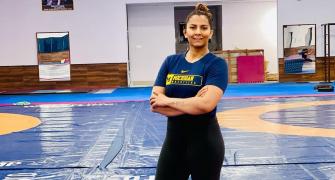 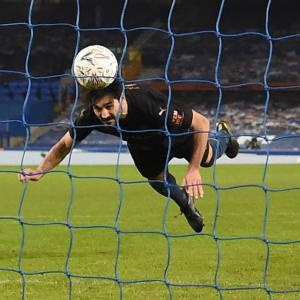 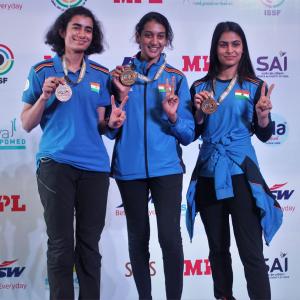